Everfuel will establish a hydrogen refuelling station at the Connexxion bus depot in Heinenoord. It will be operational by the end of 2021. The Danish company has won the European tender issued by the province of South Holland for a facility that will stand out to be one of the largest in Europe.

Since June, the Dutch public transport operator Connexxion has been running four hydrogen buses in Hoeksche Waard and Goeree Overflakkee. They are VDL battery-electric buses with fuel cell range extender housed in a trailer. From the end of next year, this number will be expanded by 20 buses, as part of the EU funded project JIVE2, which the Everfuel refuelling station will supply with hydrogen. The use of a hydrogen refuelling station with so many buses is a big step forward in terms of upscaling and makes this refuelling station one of the largest in Europe. With regards to JIVE project, 360 hydrogen buses should be on the road in the next year in the framework of JIVE 1 and JIVE 2 schemes.

The province of South Holland has entered into a contractual agreement with Everfuel for the supply of hydrogen for 12 years. 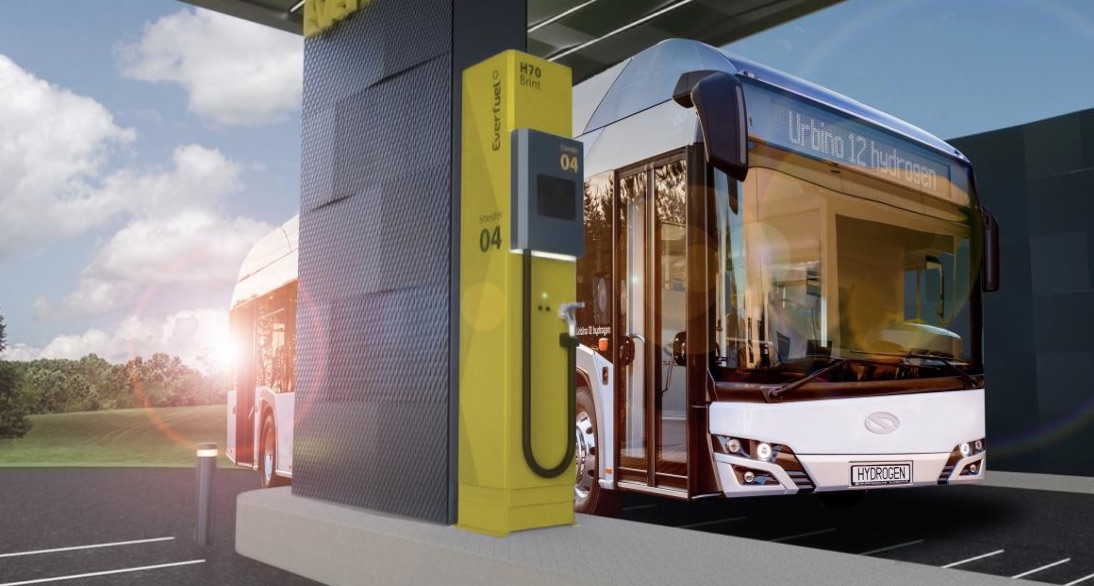 Everfuel will be supplying the station with green hydrogen, produced at sites in the Netherlands, Denmark, and Germany. The hydrogen will at the beginning be delivered by trucks running on fossil-free HVO biodiesel, and later by zero-emission trucks, Everfuel points out.

The refuelling station is designed for buses but can also be used in the future by other heavy transport vehicles such as trucks due to its scalable design. Therefore, also fuel cell trucks will be involved in the project.

Floor Vermeulen, the Regional Minister for Traffic and Transport, is delighted with the progress of the tender. ‘With the supply of green hydrogen from the start, the province is taking a significant step towards hydrogen as a sustainable energy carrier for mobility. It also gives a major boost to the green hydrogen economy in South Holland.’, he said.

Jacob Krogsgaard, Everfuel CEO, stated, ‘We are very excited to be awarded this contract from the Province of South Holland. In Everfuel, we have the clear ambition to make green hydrogen a competitive alternative fuel, and this project is the first of hopefully many. Everfuel is committed to contribute to the Green transition in the Netherlands and provide green hydrogen for fleets of buses, trucks, and taxies.’