Scania has planned an investment of over 100 million euros in a battery assembly plant (plus battery laboratory) in its headquarters of Södertälje, Sweden. The move will get along with the expansion of Scania’s electrified range of trucks, buses and engines.

The initial step is a 18,000-square metre facility and the construction will start early 2021 with the aim to be fully operational by 2023, the producer points out. In the meanwhile, the series production of the city electric bus Scania Citywide BEV is in the starting blocks, Senior Vice President Buses & Coaches Anna Carmo e Silva told Sustainable Bus in a recent interview. 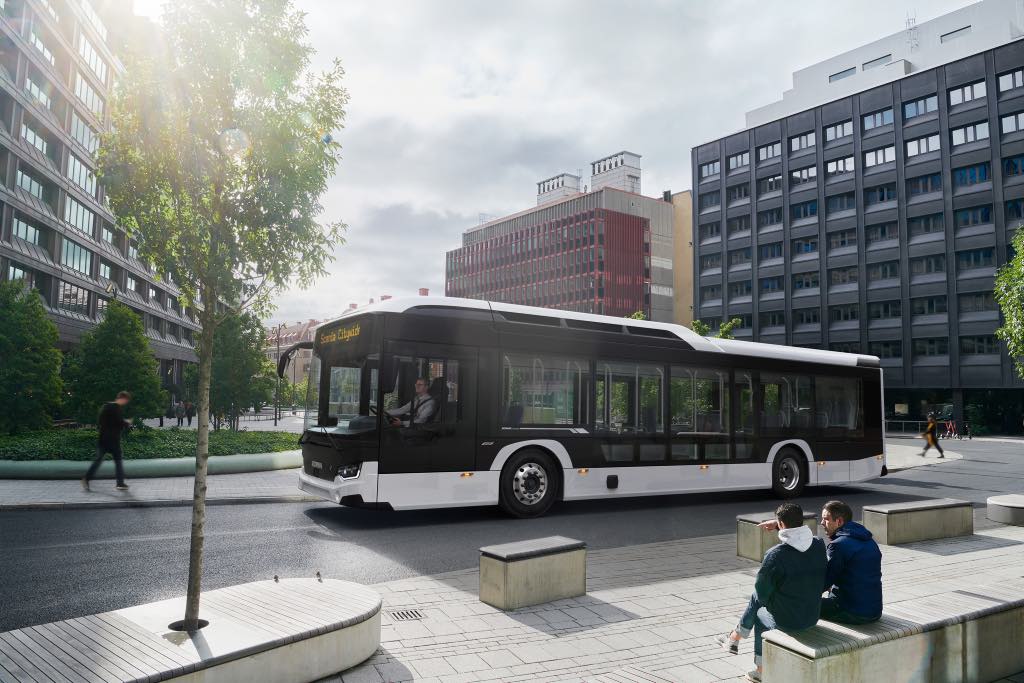 The plant which will be built adjacent to the chassis assembly plant in Södertälje and will assemble battery modules and packs from cells which will be delivered from Northvolt’s battery factory in Skellefteå, Sweden. The assembled packs form battery systems tailored for Scania’s modular production.

Employing a staff of 200, most recruited from within the company, the battery assembly plant will be highly automated from incoming goods throughout production to delivery. Staff handling manual elements of battery module assembly, such as fitting cable harnesses, will be trained in electrical safety and protection.

Battery packs will be tailored for varying applications and delivered to the nearby chassis assembly, which is concurrently being reorganised for parallel assembly of electric and combustion engine vehicles, the group points out.

Scania also announced an investment of 15.5 million euros in a new battery laboratory at its research and development facilities in Södertälje, Sweden. Its construction is scheduled to be completed by autumn 2021, when the lab should be fully operational. The laboratory will contain three 250-square metre test halls for battery cells, modules and packs. Adjacent to these halls, the laboratory will also have facilities for test sample preparation in order to improve work environment, safety and testing uptime.

The laboratory will primarily focus on battery performance and lifespan evaluation in varying climate conditions from -40°C to 70°C. Scania’s engineers will examine and identify the best operational conditions for the battery with regard to, for example, temperature setpoint, state of charge window and charging power profile for tailored utilisation in optimising battery life and customer needs.

The new battery laboratory will complement a smaller facility with a climatic chamber for battery pack testing that was taken into use earlier this year. With this lab, Scania can test the performance of battery packs on operational electric trucks and buses without removing batteries. Vehicles are parked adjacent to the lab and connected to testing equipment.

“With the accelerating pace of development, the laboratory will strengthen our capacity to right-size batteries for every application,” says Claes Erixon, Head of Research and Development at Scania. “We have an ambitious roadmap ahead of us in annually launching new and updated electric products with related battery services. This underscores the need for world-class skills and knowledge in battery usage and lifecycle optimisation. Scania will continue to invest in competence both in our own operations as well as through important partnerships. We are going to make sure that the Södertälje and the Stockholm region will remain in the forefront of in the research and development also in an electrified future of heavy transport,” says Erixon.

Scania: our target is to lead electrification

With regards to the plans for the construction of a battery assembly plant, Ruthger de Vries, Head of Production and Logistics at Scania says: “This is a tangible manifestation of our determination to take a leading role in heavy vehicle electrification, which is needed to fulfil our commitment to science-based climate targets. Operating an on-site battery assembly plant is a prerequisite for large-scale production of electric vehicles and it also establishes Scania clearly as a part of the battery production value chain. Scania continues to invest in the Stockholm Region and to build end-to-end electrification competence. Electrification will transform transport and this latest investment in Scania’s operations in Södertälje will further strengthen Sweden as a centre of cutting-edge innovation within heavy vehicle electrification”, says de Vries.