Arriva Netherlands is scaling up on electric bus deployment. Limburg’s province, in South Netherlands, set an ambitious goal: by 2026 the whole public transport network must be fully electric. The delivery of 55 electric regional buses by VDL Bus & Coach is part of the itinerary that will led to a more sustainable mobility in the area.

VDL Bus & Coach is working with transport company Arriva Netherlands on the transition towards zero-emission bus transport. The new buses will be in operation from 30 June 2019. Then, Arriva will have a total of 95 zero emission buses in service for public transport in Limburg (nearly half of Arriva’s fleet in the province). 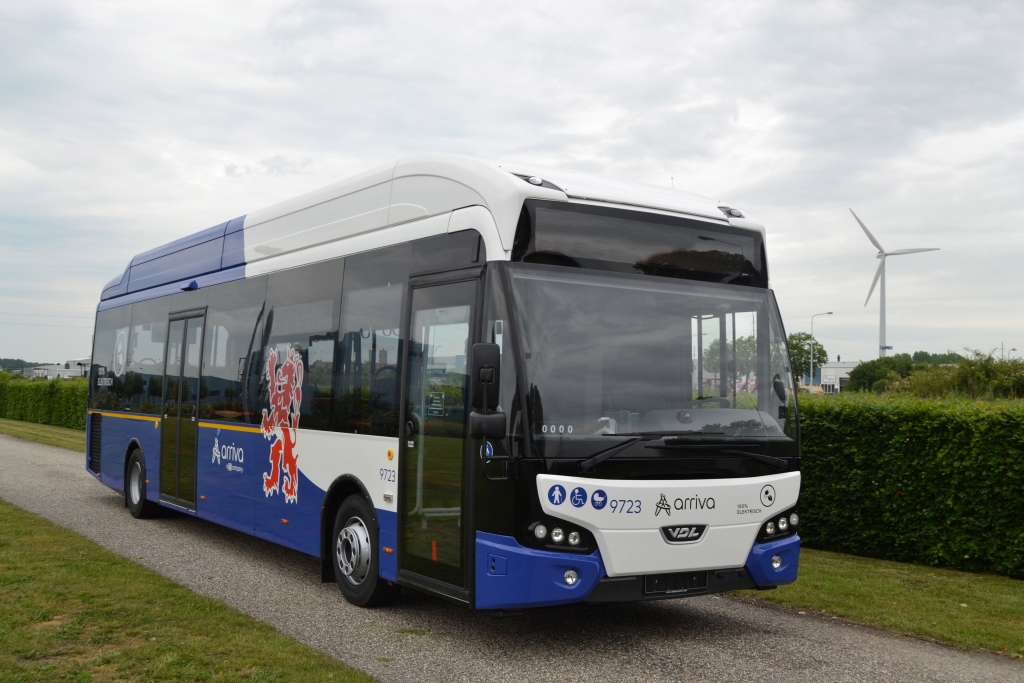 Arriva Limburg is the first public transport company in the Netherlands to use electric buses for regional lines on a large scale. Also, few electric buses in Europe are deployed in this kind of routes, as most of them are working on city lines. The buses are equipped with 42 seats and have a capacity of 65 passengers. On board there are 180 kWh batteries, «than can also be charged very quickly. This makes it easy for the buses to travel over 400 kilometres a day», says Ard Romers, director of VDL Bus & Coach Nederland bv. It is not specified which kind of charging infrastructure will be used to power the vehicles. As average electricity consumption for ebuses stands at around 1.6 – 1.8 kWh/km, these buses will likely be able to run for some 100 km on one charge in good environmental conditions.

In the Netherlands, VDL Bus & Coach is the frontrunner in the field of public transport electrification, for concessions such as South-East Brabant (Eindhoven), South-East Friesland and Limburg. Amstelland Meerlanden’s electric bus fleet is still the largest order for VDL Bus & Coach, and with 100 vehicles delivered in 2017 is still the largest electric bus fleet within a single operation in Europe. It was not a surprise, then, that VDL reached a 28.3% market share in the electric bus market 2017 (Western Europe and Poland) with 107 registration on 378. Also, 31 VDL electric buses will be delivered for services in Amsterdam city.

In its request for tenders for the public transport concession held in 2017, the Province of Limburg asked for a plan for rapid growth to zero emissions. Arriva won the order with the promise to achieve completely zero emissions in Limburg in 2025/2026, VDL points out. Arriva and the Dutch manufacturer began the cooperation in 2016, when twelve electric buses were put in service in Venlo and four zero emission buses on one city line in Maastricht. A further step followed when, in December 2018, the other city lines in Maastricht were also electrified, with an additional 24 VDL buses.

For the delivery of the 55 VDL Citeas LLE-115 Electric now in Limburg, Arriva has set a number of important requirements for VDL Bus & Coach.

Anne Hettinga, chair of the board of directors of Arriva Netherlands, said, “As Arriva Netherlands, we are now taking this step towards electric transport in the region. It is unique in that quiet, clean, comfortable transport is no longer only available for the traveller in the city. Due to the longer distances travelled, comfort is extra important for the regional traveller. In addition to the emphasis on action radius, we also asked for a low entry bus in which many passengers can travel seated in the direction of travel. The low entry and raised rear floor result in flexible layout of the bus seating arrangement.” 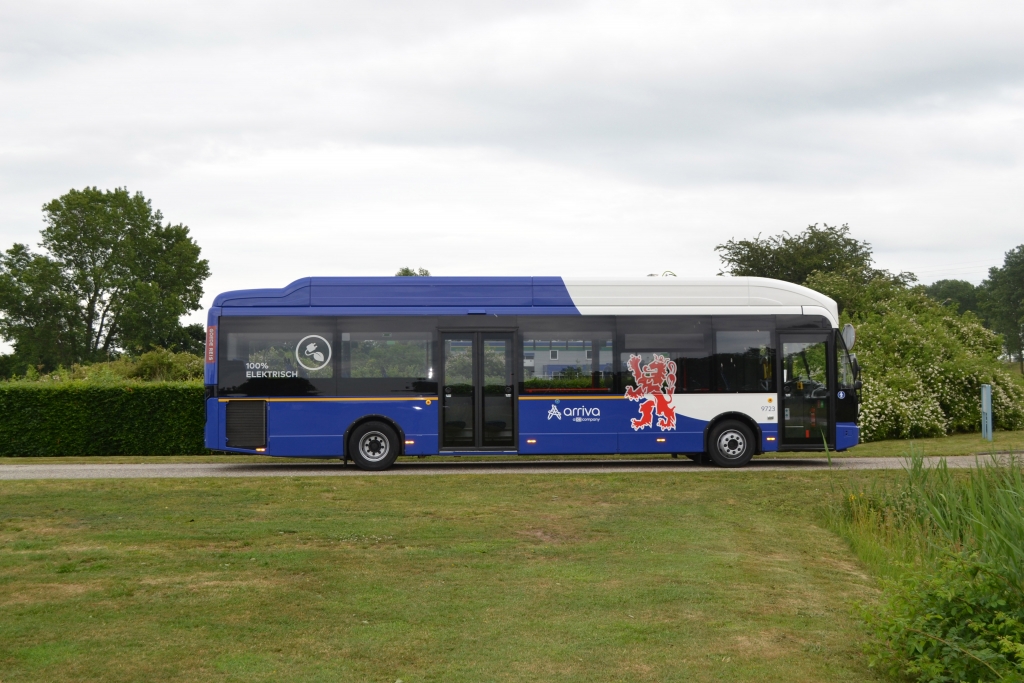 Being more specific, 20 VDL Citeas LLE-115 Electric will begin operating from Maastricht. 20 will also be deployed by Sittard for regional service, along with 10 by Venlo-Venray and 5 by Heerlen.

“We are proud that, as a partner of Arriva, we have developed a bus that will also run electrically outside the city,” adds Romers: “The bus in question is the recently introduced 11.5-metre length variant, with more seats. For us, this will be the largest regional operation to date. That is very special. On an annual basis, it will be around 100,000 kilometres per bus. It is fantastic first. The concept is based on the very positive experience we have had with Arriva in Venlo, where our 9.9-metre-long electric city buses have been running without problems since 2016″.