As mentioned above, VRT is Proterra’s first customer in Idaho and the first transit agency in Idaho to bring electric buses to its community.

Proterra vehicles are now in 42 US states and Canadian provinces, with buses operating in diverse climates and terrains from coast to coast. Proterra vehicles have driven more than 10 million service miles in cities across North America, the company says. 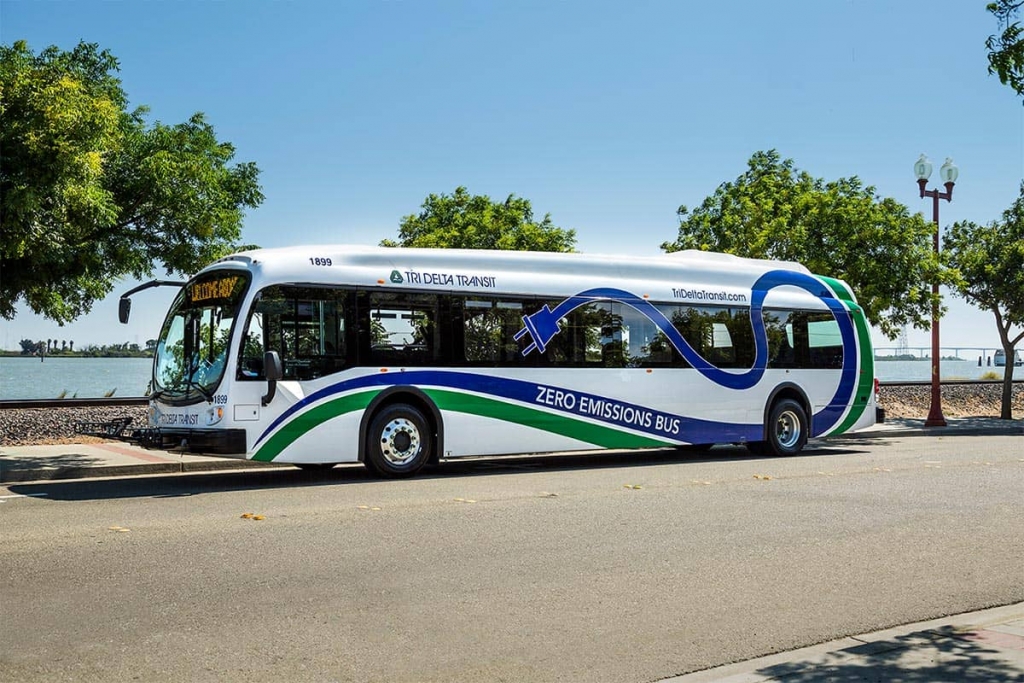 One fourth of the fleet to be electrified

VRT received funding for the new electric buses through the Federal Transit Administration (FTA) Low or No Emission Program Grants.

With the purchase of eight buses and charging systems, VRT will transition about one-fourth of its fleet to battery-electric buses. The new Proterra electric buses will replace aging diesel and compressed natural gas (CNG) buses.

Valley Regional Transit will lease their bus batteries through Proterra. As a result of the battery lease, the initial capital cost for the electric bus will be similar to a diesel or CNG bus, Proterra highlights, and VRT will be able to utilize the operating funds previously earmarked for fuel to pay for the battery lease.

Additionally, under the battery lease Proterra will provide 12 years of warranty for battery performance and capacity (battery on this model has a 440 kWh capacity). The performance warranty also includes a requirement for Proterra to install new batteries on the buses at mid-life to help ensure the batteries always have enough energy to meet their route needs and hedge against future replacement battery costs.

“Valley Regional Transit is dedicated to delivering exceptional service to its citizens and supporting livable, healthy and sustainable communities,” said Kelli Badesheim, Executive Director at VRT. “Electric buses help us meet these goals. Battery-electric buses are better for the environment and offer a better rider experience for our community, and we’re excited to be working with Proterra to bring the first electric buses to Idaho.”

“By lowering the upfront costs of electric buses to be competitively priced against diesel, battery leasing removes one of the biggest barriers to adoption and empowers transit agencies to adopt and deploy larger EV fleets,” said Proterra CEO Ryan Popple. “We believe our relentless focus on vehicle innovation and pioneering finance models have helped make Proterra Catalyst vehicles the most popular electric buses in North America.”