Will RATP operate a fleet of short electric buses Solaris Urbino 8,9 LE? The contract signed by Solaris with RATP delegates «has an option to extend the investment a value of up to 10 million euros – quoting Solaris press release -. This means a possibility of delivering a further dozen or so zero-emission Solaris buses». 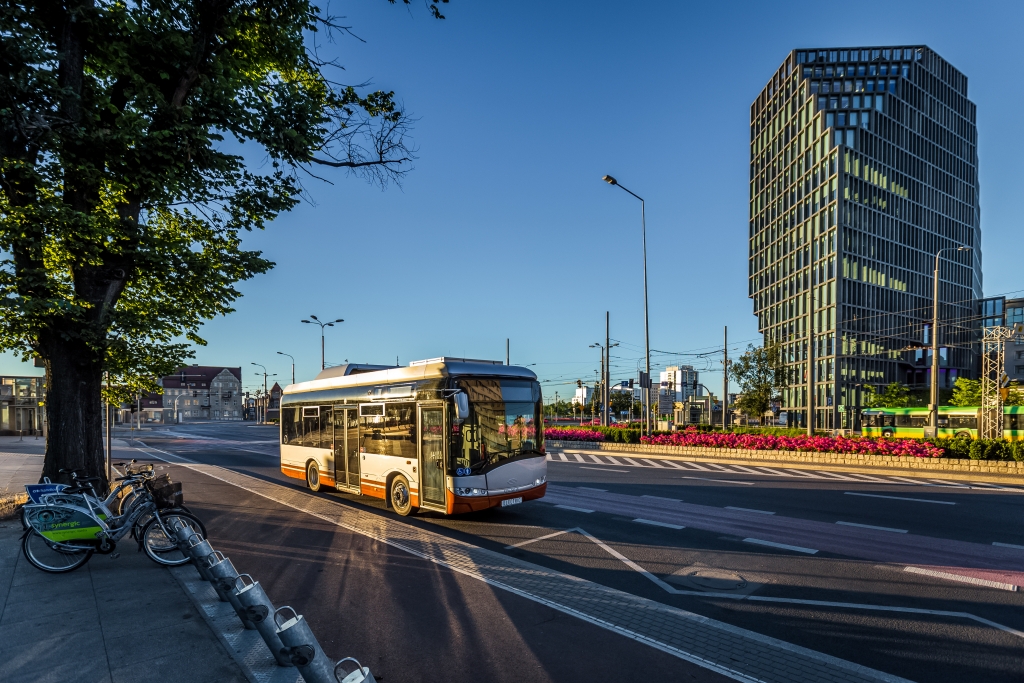 Just a few weeks ago, with regards to 12 meter buses, RATP announced a framework agreement for a potential amount of up to 800 electric buses to be delivered in the period 2019 – 2024. These buses, financed by Ile-de-France Mobilités, will be supplied by Heuliez, Bollorè and Alstom, following a call for tender worth up to 400 million euros.

The vehicle will be able to carry over 50 people at the same time. The bus will feature a 1-2 door layout. For passengers with limited mobility and those traveling with prams, the second door will be fitted with an electric ramp to facilitate boarding the bus. The interior of the vehicle will also be equipped with air conditioning, passenger information system, video monitoring system as well as fire detection and extinguishing system. Both inside and on the external elements of the vehicle there will be anti-graffiti coating used, protecting against acts of vandalism, Solaris points out.

The order signed is another one that the Polish manufacturer has secured with the Paris operator in the recent months. At the end of last year, the operator Régie Autonome des Transports Parisiens ordered 18 gas-powered Urbino 18 CNG, deliveries of which will soon begin. The framework agreement includes 48 buses. The orders realized by Solaris correspond with a long-term RATP policy in the field of reducing air pollution and switching towards low-emission and zero-emission vehicles.

Solaris vehicles have been present in France since 2003, Solaris underlines. Since then, the company has delivered nearly 550 buses to the country, of which over 100 went to Île-de-France region. The ecology-focused capital of France at the beginning of 2016 also tested a battery product from the Polish manufacturer – Urbino 12 electric, the same model that was announced the 2017 bus. Also in 2016, the Polish Embassy in France awarded Solaris Bus & Coach S.A. the prize for the best national exporter.