The Colorado Department of Transportation (CDOT) is awarding nearly $14 million (some 12,4 million euros) in grants for alternative fuel buses to serve communities around the state. The money has been awarded to six transit agencies, CDOT announces.

Funding became available through the Volkswagen Settlement Trust, which is providing Colorado with approximately $68 million (60,5 million euros) as a result of the settlement against Volkswagen for vehicle emissions violations. 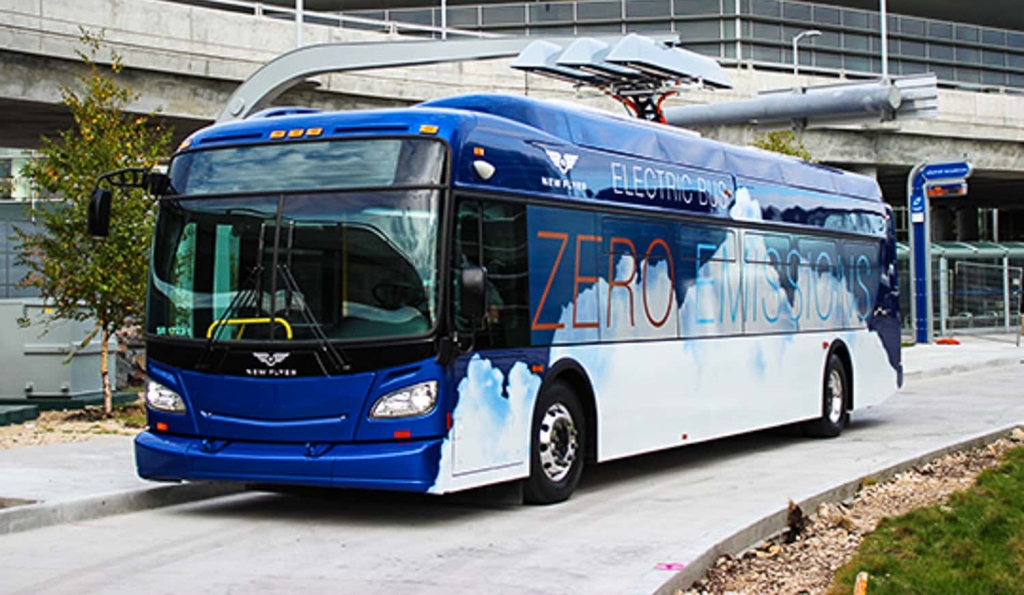 The Beneficiary Mitigation Plan (BMP), which defines how Colorado will use the Settlement funds, is led by the Colorado Department of Public Health and Environment, in partnership with CDOT, the Colorado Energy Office, and the Regional Air Quality Council. 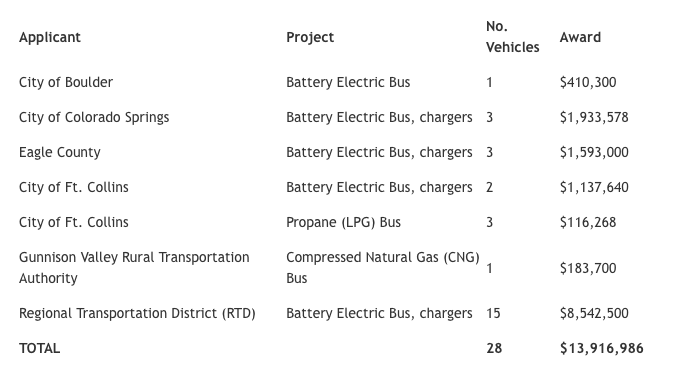 “This is a great step forward in making our transportation system cleaner and more efficient,” said CDOT Executive Director Shoshana Lew.  “CDOT is committed to reducing congestion on the ground and in the air, through enhanced multimodal options and new technologies, such as these buses.”

“Shifting from polluting, fossil fuel vehicles to electric vehicles is a key to our clean energy future,” said Will Toor, executive director of the Colorado Energy Office. “Motor vehicles are the second largest source of greenhouse gases in Colorado―and one of the top contributors to ozone pollution along the Front Range. Switching to electric cars, buses and trucks will allow us to dramatically reduce emissions from transportation.”

“We’re excited to receive grant funding that allows us to begin the transition to a battery electric bus fleet, consistent with our local business plan objective to increase the use of alternative fuel vehicles,” said City of Colorado Springs’ Director of Mountain Metropolitan Transit, Craig Blewitt.

“This investment will help our communities expand transit to be cleaner, and will help all of Colorado move to a more sustainable energy future,” said Gov. Polis. “Expanding travel options and choices will help to reduce traffic and congestion, and when vehicles are using clean energy, we all win with cleaner air.”