The investment makes Glasgow Airport the first in the UK to switch its official car park shuttles to all-electric operation. The buses are operated by NCP on behalf of the airport and replace three existing diesel buses.

Today, ADL – BYD also announced the delivery of 22 new battery buses to Transport for London operator Go-Ahead London. The buses are now in service on route 214 between Highgate, Camden Town, King’s Cross and the City. 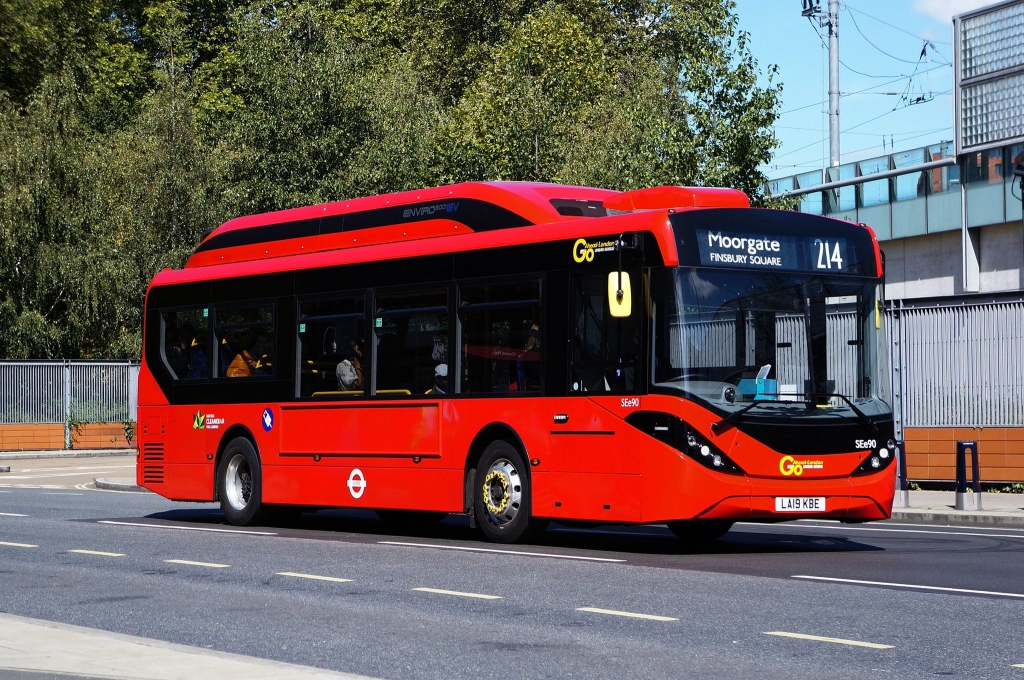 Buses and the charging infrastructure have been supplied by Alexander Dennis and its partner BYD. Their introduction has been supported by Transport Scotland with a £450,000 Green Bus Fund grant.

The BYD ADL Enviro200EV for Glasgow Airport combine BYD’s electric driveline and battery technology with Alexander Dennis bodies adapted to the requirements of airport operation. 10.8m long and fitted with two doors, the buses have three-tier luggage racking in addition to 23 seats. A wheelchair space is provided opposite the rear doors.

Charging infrastructure for the buses has been installed at their operating base in the airport’s long stay car park. Alexander Dennis, BYD and the partnership’s utilities partner conducted a site survey to ensure that the installation and commissioning process was smooth and quick. 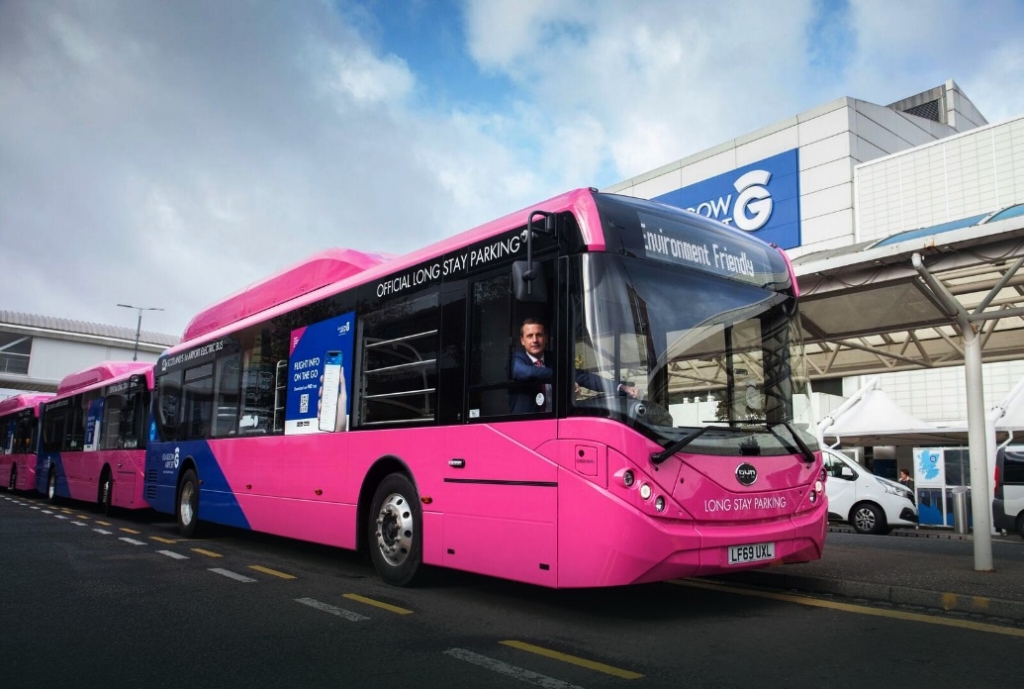 Battery buses, a role to play in the airports

Mark Johnston, Glasgow Airport’s Managing Director, says: “We are proud to be the first airport in the UK to incorporate a full-electric bus fleet into our car park operation. These state-of-the-art vehicles will play an important role in supporting our continued efforts to create a more sustainable business and will contribute significantly to help further reduce carbon emissions locally at Glasgow Airport. The environmental benefits and considerable cost reductions associated with the introduction of these electric vehicles was very attractive. Moving to a full-electric bus operation cuts the carbon emissions associated with passenger travel to and from our car park from 143 tonnes per year to zero, and this significant reduction is further supported by the fact that the airport’s electricity is also supplied via renewable energy.”

Colin Robertson, ADL Chief Executive, comments: “Glasgow Airport’s decision to electrify its official car park shuttles shows that battery buses have an important role to play at airports. We are delighted to have used our expertise in adapting buses to specific operational requirements on these environmentally-friendly vehicles. It is great to see Glasgow Airport leading the charge with pure electric buses.”

Frank Thorpe, Managing Director BYD UK, added: “Electric mobility is proven to be both safe and reliable, with BYD pioneering the technology in markets in the UK and across Europe. Electric mobility provides the ideal solution to a wide range of passenger transport requirements with benefits for Local Authorities, operators, passengers and, of course, the environment.”