Loop Energy has received in March an additional cash investment from Cummins. The further investment was made following Loop’s successful completion of requirements established at the time of Cummins initial investment in September 2019. 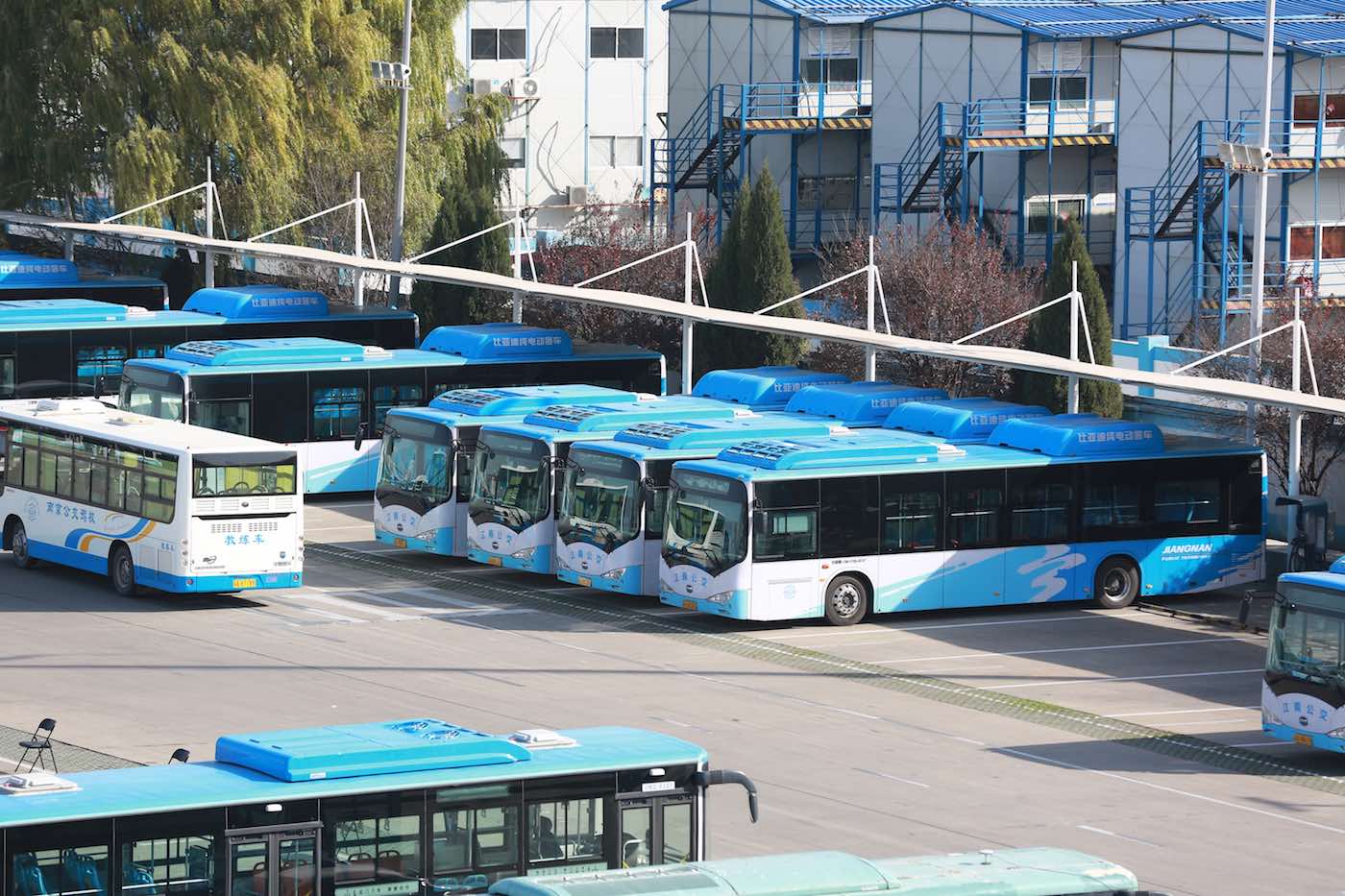 Skywell in Nanjing, a cooperation with Loop Energy

The information has been made public by Loop Energy, who provides the eFlow fuel cell stacks to the fuel cell bus. The motors were supplied to Skywell by InPower Renewable Energy – Loop’s partner in a China-based fuel cell drivetrain manufacturing joint venture. InPower has also provided a purpose designed DC-DC solution for the vehicle. This development signifies a major advancement of the previously announced cooperation between Loop Energy, In-Power and Skywell targeting the roll out of hydrogen electric buses as a part of Lishui District, Nanjing transit bus fleet.

This follows the announcement, in April 2020, that Loop Energy had received a purchase order from a leading bus manufacturer in China to support the Nanjing municipal government’s objective of replacing its existing 7000-unit battery-electric bus fleet with an improved battery-hydrogen hybrid alternative.

Skywell’s newly released model NJ6106FCEV 10.5m long bus is manufactured by the company’s subsidiary Nanjing Golden Dragon Bus Co., Ltd, the partners point out. The vehicle is equipped with a heavy-duty 50kW fuel cell engine, has a stated range of 450 kilometres with Loop’s signature high fuel efficiency eFlow technology and can eliminate more than 100 tonnes of CO2 emitted per diesel bus annually, the partners highlight. The vehicle can be found in MIIT’s Catalogue of Recommended New Energy Vehicles, Batch 9, 2020.

“Loop Energy is pleased to congratulate Skywell on this critical step to transforming a significant portion of their Nanjing municipal bus fleet to zero-emission hydrogen fuel cell electric power” said Ben Nyland, President and Chief Executive Officer of Loop Energy. “As China seeks to expand its new national hydrogen program, it is an honor for our joint venture partner be the fuel cell supplier of choice to Skywell and the Nanjing Golden Dragon Bus Co., and we look forward to continued joint successes in the future.”

“Loop Energy has developed the most practical and efficient fuel engine solution that will not impact the payload, range, or refueling time of our zero-emission vehicles,” said Ms. Zou Ran (Joanna), Director of External Affairs & Brand of Skywell New Energy Vehicles Group. “They will be the obvious first choice as a supply partner as we look to deploy similar sustainable fuel cell solutions across a wide range of our specialty and commercial vehicles including logistics trucks, dump trucks, refuse trucks, port vehicles, transit buses, street cleaners, and emergency vehicles.”

“InPower- Renewable Energy has made immense technical progress with the development of our DC-DC unit for heavy-duty fuel cell commercial vehicle applications in China,” said John Zhang, Founder and President of In-Power. “We look forward to intensifying our work with Skywell to expand the success of their fuel cell vehicle programs in China.”

Groeningen, Netherlands: a new hydrogen filling station in Qbuzz bus depot. 20 new fuel cell buses have been presented during the ceremony. They are built by Van Hool and were ordered in 2019. On Friday 11 June the new hydrogen filling station at the Qbuzz bus depot on the Peizerweg in Groningen was...
Bravo, owner of Citybus and New World First Bus, is supporting Hong Kong’s Carbon Neutrality Task Force in considering hydrogen solutions for the future decarbonization of the region’s public transport. As an advocate of clean energy mobility solutions, Bravo was delighted to be invited to pre...
A diesel-powered bus (namely an Iveco Crossway) is going to be retrofitted into fuel cell technology in the framework of a pioneeristic project carried out by Transdev Normandie and the Normandy Region, together with an extensive list of partners from the institutional, industrial and academic secto...
CaetanoBus sells its first two fuel cell buses for the domestic market. These are the first hydrogen vehicles ever ordered in Portugal. Cascais Municipality announced yesterday, 31th May, the purchase of two Caetano H2.CityGold. The bus has been recently tested in Spain by ALSA. Still in Spain, eigh...