Solaris hydrogen bus debuts on Polish market in the framework of a roadshow that has already seen the vehicle being tested by carriers in Austria, Italy and Germany over the past few weeks. Today, it has been displayed in Poznań. It is the début of that bus (already ordered in Bolzano) on the Polish market. 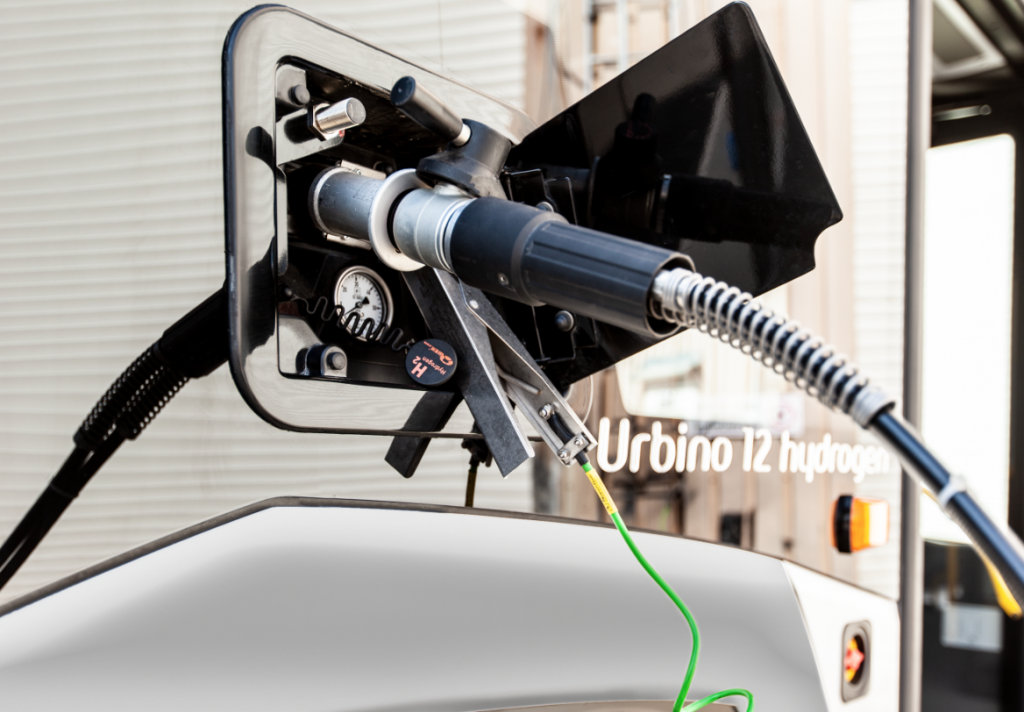 The latest Solaris product has met with huge interest among potential customers, as evidenced by the demand for bus tests in several European cities. In August, the Solaris Urbino 12 hydrogen was showcased in the Austrian cities of Graz and Klagenfurt, and then it went on to the Italian city of Bolzano. In the following few weeks, the vehicle went on to be tested in Germany, by public transport operators in Frankfurt, Cologne and Wuppertal. And today the bus has been presented in the municipal operator Miejskie Przedsiębiorstwo Komunikacyjne in Poznań. It is the première display of the vehicle on the Polish market. 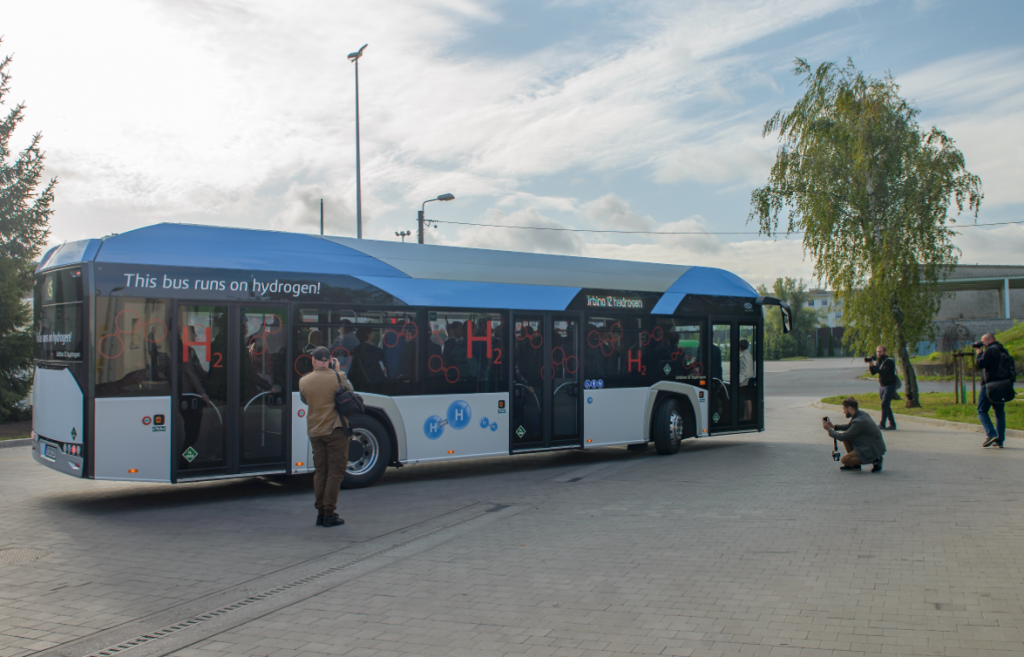 The vehicles is equipped with 60 kW fuel cell system provided by Ballard Power Systems and Solaris High Power batteries. The battery is filled with energy derived from hydrogen and through the regenerative braking, though it is also possible to recharge it by means of a plug-in socket.

The Hydrogen Fuel Cell Bus Council (HFC Bus Council) has formed a first-of-its-kind national coalition of public transit agencies, manufacturers, and suppliers working together to advance the hydrogen fuel cell electric bus economy and its applications in the public transit sector. Founding members ...
Change of plan in Montpellier: the fuel cell bus project has been scratched, the city now bets on battery-electric buses. A couple years ago Montpellier metropolitan authority sets out the plan to procure around 50 fuel cell buses for deployment between 2023 and 2025. Also the realization of a hydro...
CaetanoBus continues expanding over Europe and has supplied one hydrogen-powered bus to the operator Nobina, one of the biggest public transport operators in Scandinavia. The delivery of the first H2.City Gold unit occurred last week and will start operating in January 2022, for Movia in Copenhagen....
ÖBB Postbus has landed a deal with Solaris for the delivery of five fuel cell buses. The hydrogen-fuelled vehicles shall be deployed in the picturesque city of Villach in south-east Austria, where Solaris held a test in spring. ÖBB Postbus is the biggest bus operator in Austria. This is the first or...