Solaris joins European Clean Hydrogen Alliance, an initiative led by the European Commission. Its aim is to scale-up, by 2030, the production and deployment of hydrogen as a fuel produced by means of low-emission technologies and renewable energy sources. The European Clean Hydrogen Alliance is one of the many measures taken by the European Union to bolster its position as a world leader in the production and deployment of hydrogen in industry and the energy grid. It is also one of a host of actions intended to support the EU’s goal to reach carbon neutrality by 2050. 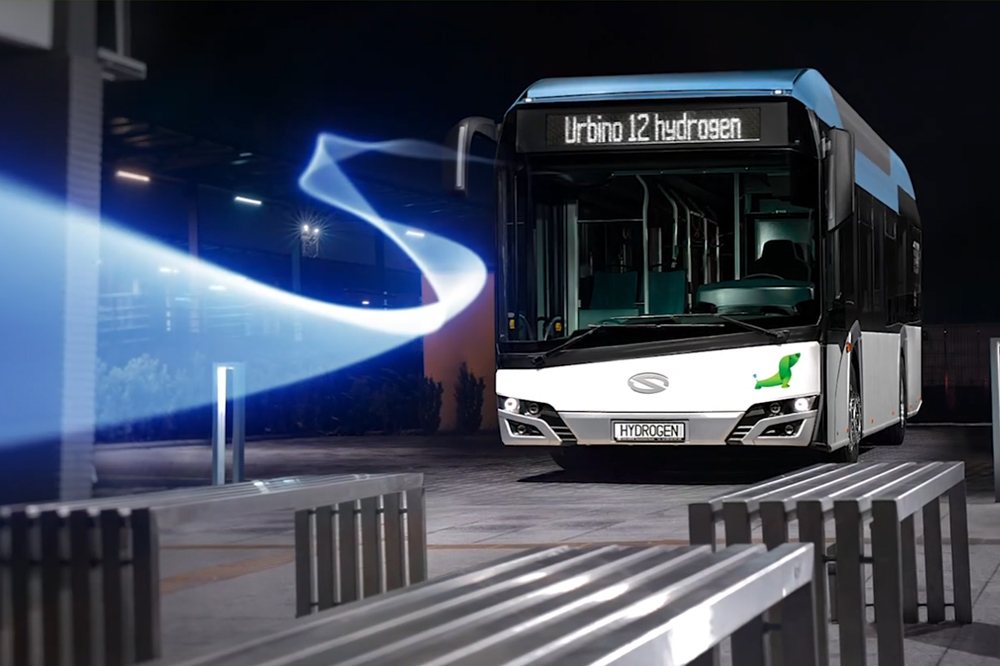 Solaris joined a few dozen other entities as a member of the European Clean Hydrogen Alliance at the end of 2020. Being a European leader in the production of emission-free public transport vehicles, it unveiled its first buses to use hydrogen in 2014. Since then, hydrogen buses and trolleybuses produced by Solaris have made their way to the Netherlands, Germany, Italy, Sweden and Latvia.

“Hydrogen-fuelled e-buses allow us to create a complementary emission-free bus portfolio thanks to which Solaris is ready for today’s challenges and the diverse needs of customers as regards the range, flexibility and operability of vehicles. We believe that the development of all e-mobility branches – be they battery buses, trolleybuses or hydrogen-fuelled vehicles – should proceed in synergy, and that this process is part and parcel of ensuring the sustainable transport of the future. Therefore, hydrogen buses from Solaris do not constitute competition for our battery buses or models in the Trollino series. Quite the opposite: these technologies complement each other perfectly and they all benefit from the technological progress of electric drivelines and their components”, says Petros Spinaris, member of the Management Board of Solaris for Sales, Marketing and Customer Service.

As part of the European Clean Hydrogen Alliance, Solaris has been invited to participate in a mobility roundtable. In collaboration with other organisations promoting the deployment of hydrogen as an energy source, the manufacturer will seek to develop optimal solutions regarding the EU’s energy transition to a climate-neutral economy.