BAE Systems announced today that is has been selected by New York City Transit Authority to supply 435 electric hybrid power and propulsion systems for its new fleet of transit buses, reducing carbon emissions and fuel consumption.

With the new order, BAE Systems’ footprint will extend to more than 2,000 transit buses across the state of New York and more than 12,000 worldwide, including cities such as Paris and London, the company points out. Each year those systems help to save more than 25 million gallons of fuel and more than 300,000 tons of CO² from entering the earth’s atmosphere. Also San Francisco opted for BAE Systems as a supplier.

Recently, BAE Systems announced that buses with the company’s Series-ER (Electric Range) electric hybrid systems can see their engine switched on or off in predefined geofenced areas thanks to an automatic tool developed by Dutch company ViriCiti. The functionality is for instance mounted on the 30 hybrid buses for Brighton & Hove commissioned to ADL last year. 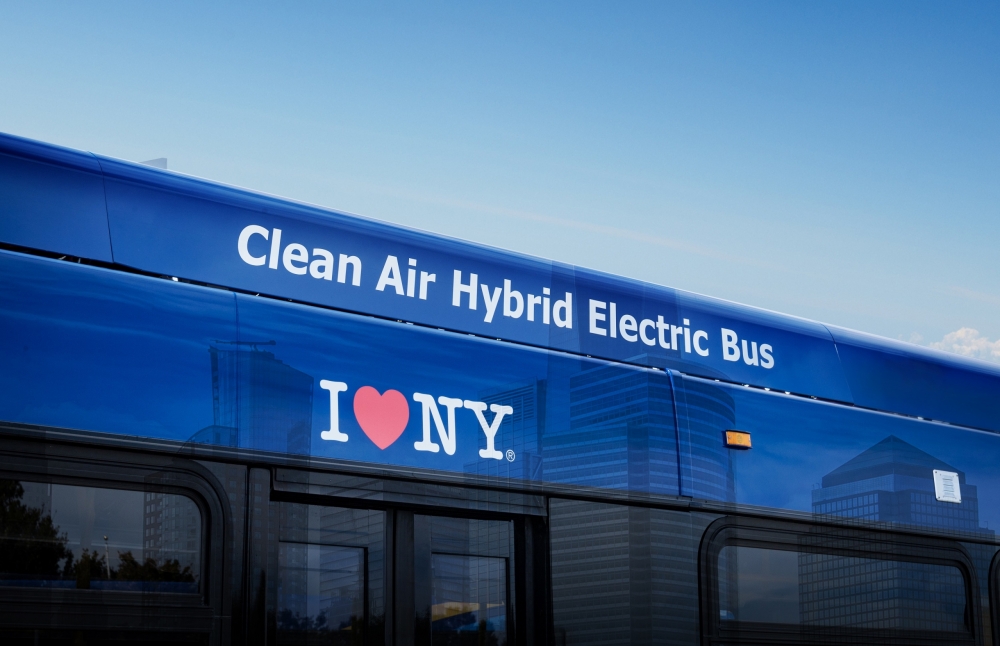 The model involved is the Series-E system, that combines motors, energy storage, and smart controls to create a clean form of electric drive power for buses and their accessories such as air conditioning, air compressors, cooling systems, heat, power steering, and doors. The system features the company’s power-dense ultracapacitor technology, which provides efficient and reliable energy storage for the life of the bus. With fully electrified accessories, each bus can also support engine stop/start technology for idle reduction. This feature allows the bus engine to turn off at stops, while the accessories on board continue to operate on electric power.

The Series-E systems will be produced at the company’s state-of-the-art manufacturing facilities in Endicott, New York, which provide more than 1,300 high-tech jobs in the state.

“We are committed to collaborating with New York as it strives to reduce transportation emissions and improve air quality in the communities across the state,” said Steve Trichka, vice president and general manager of Power & Propulsion Solutions at BAE Systems. “Our Series-E system provides transit operators with a highly reliable, flexible option that brings our state one step closer to a zero emission future.”

“It’s a great day for New York’s Southern Tier as BAE Systems of Endicott has been selected to provide electric hybrid bus technology to New York City Transit Authority,” said Donna Lupardo, Assemblywoman for New York State. “This BAE Systems contract is just one of many from cities around the world that can say its transportation system has been built and supported by a New York company, based right here in our community. I’m very proud to have supported their winning bid and wish them continued success in the future.”