San Francisco opts for BAE Systems electric motor for 68 transit buses bound to operate in the city’s Green Bus Zones. These buses will be able, thanks to Series-ER system, to switch off the combustion engine and run on electric power in planned green zones through the city.

BAE Systems announced in a press release its selection by the San Francisco Municipal Transportation Agency (SFMTA) to supply electric power and propulsion systems for the batch of transit buses. The same system is mounted on the double decker ADL buses in Brighton. 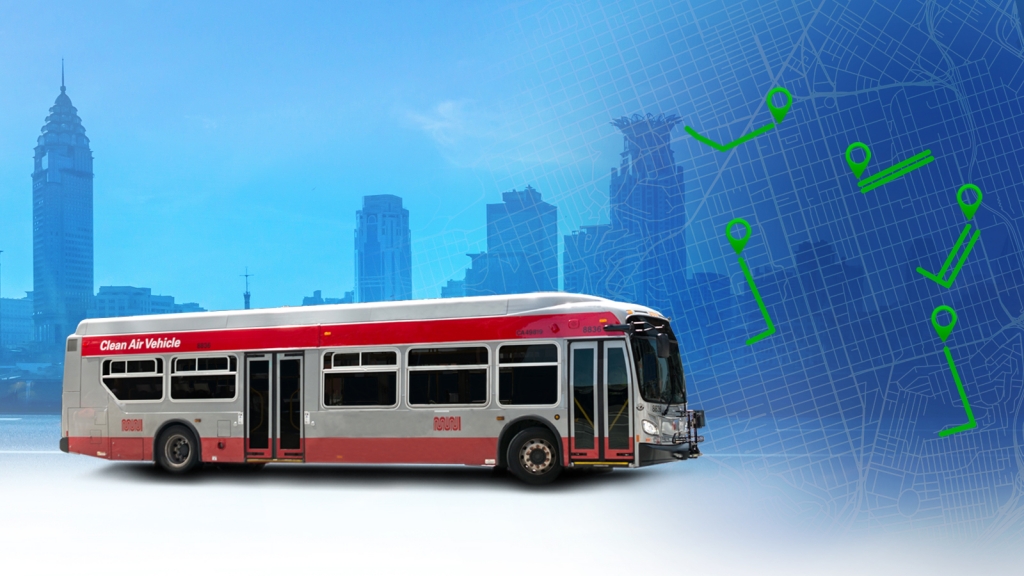 The Series-ER (Electric Range) system will operate on 68 transit buses and create designated zones throughout San Francisco that are free of emissions. The Series-ER system targets these hot spots to reduce emissions and improve air quality in the areas where people live, work, and visit.

California is the forerunner state in the US on the way to decarbonize bus fleets, which are expected to be zero emission by 2040. It’s the target of the Innovative Clean Transit rule, voted by California’s Air Resources Board (CARB) exactly one year ago.

The decision by SFMTA belongs to the path to convert public transport in San Francisco to zero emission by 2035, as each bus will now be able to drive on clean electric power through each of the areas, known as “green zones”. Buses can now switch to battery power from a combustion engine, temporarily eliminating diesel emissions when they cross the threshold of a green zone. The technology allows the city to convert the fleet into part-time electric buses as an intermediate step to full electrification.

The green zones — nine in total — are located in population-dense neighborhoods most affected by air pollution. Each of the zones have a large presence of traffic that is contributing to a high rate of air pollution.

Turn off the engine entering the green zones

“This technology helps San Francisco get one step closer to full zero emissions operations, improving the health of the city’s environment and its residents,” said Steve Trichka, vice president and general manager of BAE Systems’ Power and Propulsion Solutions business. “With Series-ER, buses are programmed using global positioning software to turn off the bus engine once it enters the green zone and operate solely on electric battery energy.”

ARBOC buses now available in hybrid version. The NFI subsidiary is partnering with XL Fleet to offer a parallel hybrid electric bus option. The XL Hybrid system can immediately be ordered as an option on ARBOC Freedom low-floor buses sold through ARBOC’s North American dealer network, NFI makes...
De Lijn is ready to order 44 plug-in hybrid buses and to upgrade 280 hybrid buses into e-hybrid vehicles. The Flemish Mobility minister Lydia Peeters commented: “Together with De Lijn we make giant step towards emission-free public transport”, as quoted in a press note from the the cabinet of Flemis...
USA, 24 electric hybrid buses by Gillig are headed to Indianapolis, where they’ll be operated by IndyGo. The vehicles are powered by Allison Transmission and Cummins. Being more specific, Allison’s H 40 EPTM electric hybrid propulsion system is paired with the Cummins B6.7 in Gillig buses. Geo...
Volvo Buses has received an order for 36 hybrid buses from Bern PTO Bernmobil. The same operator has just issued an order for 14 Irizar articulated battery-electric buses. Bernmobil has awarded Volvo Buses for the delivery of full hybrid articulated and solo buses. The single order of 36 self-chargi...