It’s mild hybrid time for Solaris, also. After Mercedes and MAN, the Polish producer has prepared an addition to the product portfolio, thus enriching the existing offer of low-emission vehicles with the Solaris Urbino mild hybrid. It is worth mentioning that Solaris had presented, in late 2018, the Urbino LE lite hybrid, which has not been commercially available. Now the manufacturer is announcing a new dedicated offer on this segment. 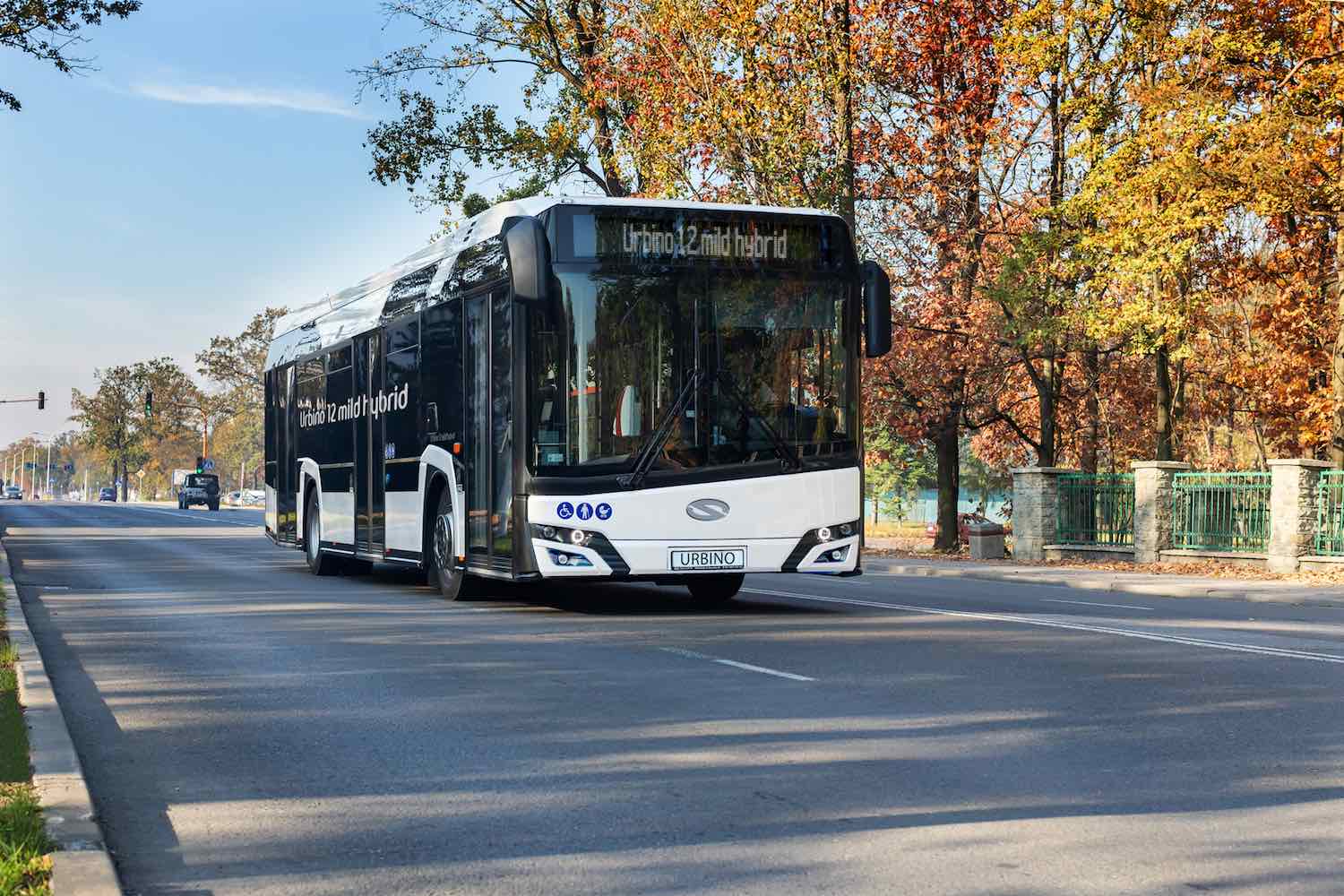 Solaris is not new to hybrid buses. The first Urbino hybrid was displayed in 2006. Back then, Solaris says it was the first European producer offering a serially produced bus with a hybrid (diesel-electric) drive. New generations of hybrid buses have been part of Solaris’ offer ever since.

However, the mild hybrid is a novel solution. It is the response to needs of operators and carriers offering services of public transport for innovative urban transport vehicles which minimise the impact of such transport on the natural environment, while at the same time allowing to generate considerable savings and to reduce fuel consumption. Commonly known as mild hybrid on the market, this solution marks a natural evolution of the recuperation technology in buses – a technology using energy generated during braking. Thanks to mild hybrid solution, vehicles are more environmental friendly and going far beyond the EURO 6 strict emissions standards for diesel engines.

Implemented in the latest item in the bus portfolio of Solaris, the system is based on three crucial elements: an electric machine, an energy storage system and a driver for the structure monitoring the operation of the system. When braking, the electric machine of the bus works as a generator and it recharges the energy storage with the maximum available power. The capacity of the energy storage tank has been chosen so as to facilitate the recuperation of energy when braking from the speed of ca. 60 kph downwards. When the storage unit is partially or fully recharged, during the acceleration process, the electric machine acts as an electric engine supporting the operation of the diesel engine. 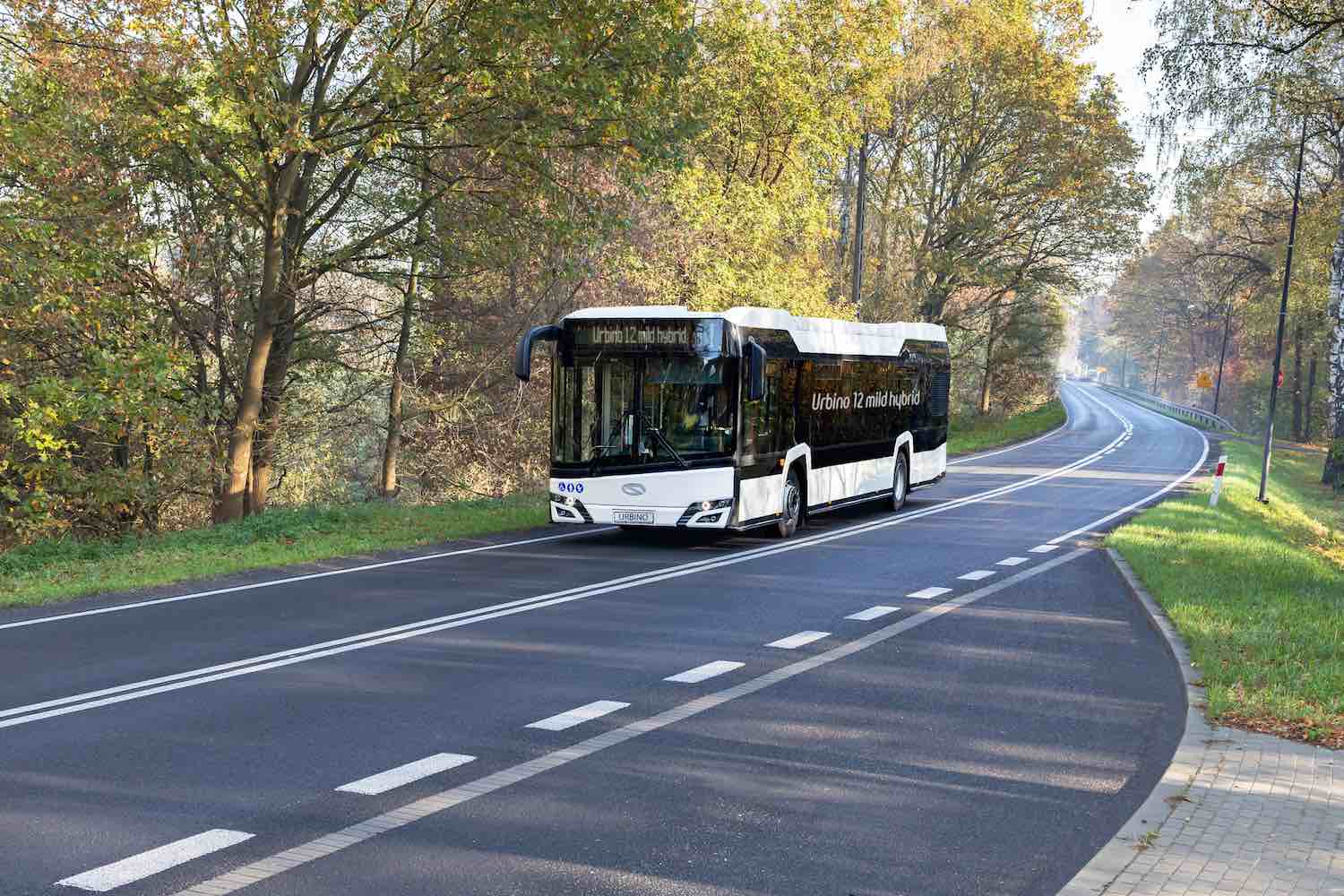 In other words, when the bus brakes, the mild hybrid system generates and stores power, whereas when the bus accelerates, the system will assist the diesel engine. Owing to this arrangement, the manufacturer has achieved a reduction of fuel consumption. In contrast to regular hybrid buses, mild hybrids are characterised by a lower power of the electric drive unit, whose chief task it is to relieve strain on the diesel engine and not to make the bus able to run in full electric mode.

The launch of the mild hybrid model will therefore enrich the existing portfolio of Solaris regarding low-emission vehicles: the Urbino hybrid and the Urbino CNG. These are low-emission vehicles that stand out on account of their great operability, and at the same time their economical operations. The Solaris Urbino mild hybrid will fill up the existing portfolio of the manufacturer.

“In our new vehicles we will provide a mild hybrid system of the latest generation. It is predicted that the number of this type of solutions on the market will increase systematically. Once again, Solaris reacts to changes it observes. It is with satisfaction that we announce the inclusion of this novel, low-emission solution into our vehicle portfolio,” stated Petros Spinaris, Deputy CEO of Solaris.

“The Solaris Urbino mild hybrid is a novelty in our offer, though it is one based on the perfected solution of the latest generation. We will certainly continue developing this part of our portfolio, so as to offer our clients a choice between completely zero-emission or low-emission vehicles, depending on the needs and options related to the bus infrastructure,” stressed Michał Pikuła, Bus Development Director, Solaris Bus & Coach.