Transports Publics Fribourgeois (TPF) is preparing to put new battery-powered trolleybuses into service. These vehicles will operate in the Fribourg conurbation using only 28% of a contact line. The news is reported on the local media Journal du Jura. 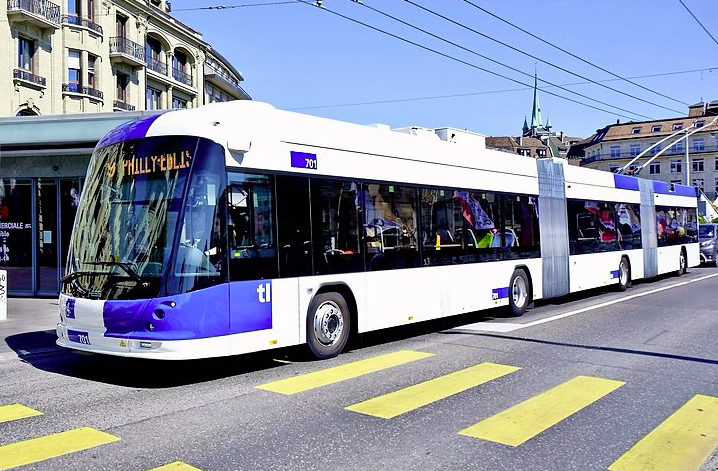 One of the ten battery-powered articulated trolleybuses ordered in 2019 was recently presented at the TPF’s maintenance and operations centre in Givisiez (FR). The vehicle has a 66 kWh battery mounted on the roof, which will give it the autonomy to run on line 1 in Fribourg, capital of the Swiss canton of Fribourg in the West of Switzerland.

What is very interesting is that the trolleybus will be in contact with a power supply line only on 28% of the route. The balance of the 7.5 kilometres will be done using the battery, which will change a lot inside and out, since the vehicle will have the silence of electricity.

The ten vehicles are expected to debut on the road at the beginning of 2021. They are produced by Hess and will replace the dual-mode electric and diesel trolley buses that have been in operation for 16 years. This will save between 300,000 and 400,000 litres of diesel per year, according to the public transport company calculations.

The new trolley buses cost around 1.3 million francs each (1.2 million euros), but “they are more environmentally friendly and cause less noise”, said State Councillor Jean-François Steiert, in charge of public transport.

The arrival of the new trolleybuses, which could eventually run on other lines, requires an additional investment of 3 million francs (2.8 million euros). In terms of infrastructure, the existing contact lines are maintained, without extension.