Volvo’s first articulated electric buses will run through Gothenburg on the occasion of the Volvo Ocean Race (14-21 June) in Sweden. Two great events at once, in short. Volvo’s articulated electric bus, which is currently at the concept stage, can transport up to 135 passengers. Two units will be tested on part of route 16 operated by Västtrafik. 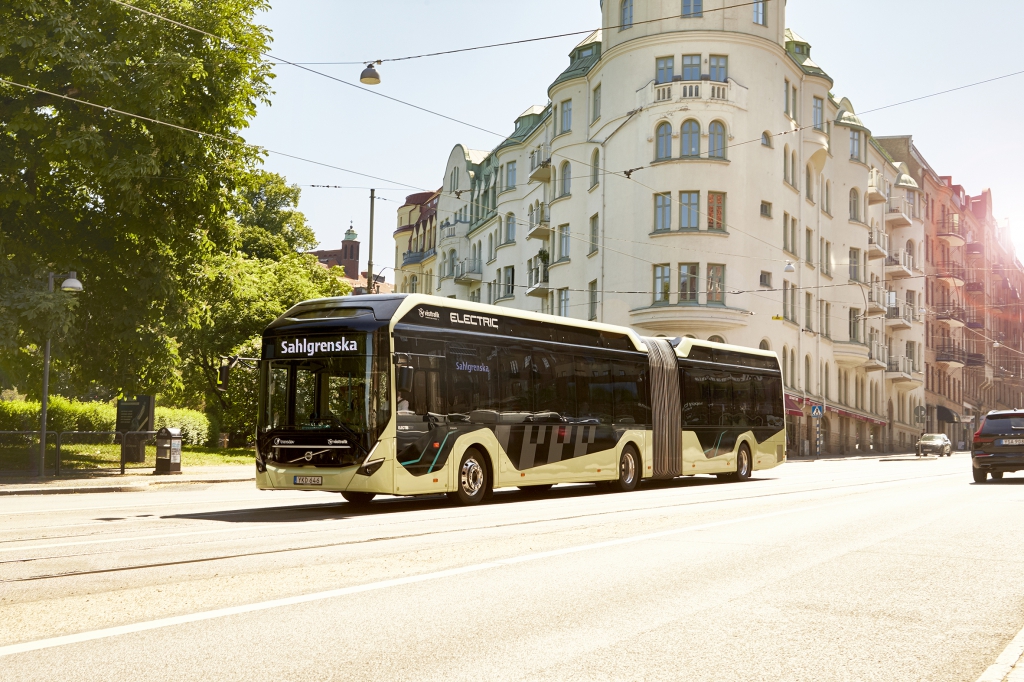 The premiere of electric articulated bus by Volvo

The two new Volvo electric buses, the first articulated model for a manufacturer that has converted all its activity in urban bus field to electric buses, are part of the ElectriCity project, which sees ten electric buses for public transport (seven Volvo 7900 electric-hybrid and three Volvo 7900 full electric) running on a zero emission line from 2015. A project awarded at the Uitp 2017 summit in Montreal. The long-awaited debut of the articulated electric bus at the Volvo Ocean Race 2018 was announced a year ago. The vehicles include four double doors, wifi, power connection to charge the smartphone and monitors that show traffic information. 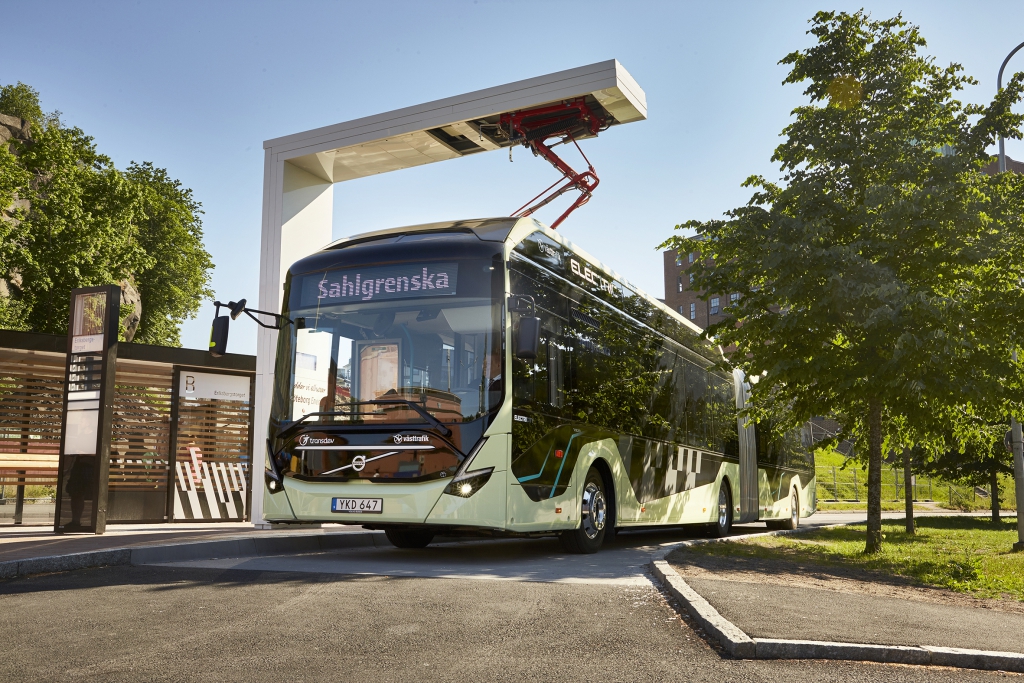 A new step towards silent transport

“With these two first all-electric articulated buses, we are taking yet another important step towards quieter and emission-free public transport in Gothenburg and western Sweden. We hope as many locals and visitors as possible will take the opportunity to experience the next generation of bus travel,” says Ulrika Frick, (Green Party), Chair of the Västra Götaland Regional Council’s public transport committee. ElectriCity brings together the project’s partners – the Volvo Group, Region Västra Götaland, Västtrafik, the City of Gothenburg, Chalmers University of Technology, the Swedish Energy Agency, Johanneberg Science Park, Lindholmen Science Park, Göteborg Energi, Ericsson, Älvstranden Utveckling, Keolis, Akademiska Hus and Chalmersfastigheter. The articulated bus project is being run by Volvo, Västtrafik, the City of Gothenburg, Göteborg Energi and Transdev.