The year 2019 may be remembered as the year when the electric bus sales volumes definitive ramp up. While in 2018 the European electric bus market increased of 48 per cent compared to 2017, in the first nine months of 2019 there has already been a + 100 per cent registrations.

A fact made clear by the figures provided by Chatrou – CME Solutions on alternative drive bus registration in Western Europe and Poland. 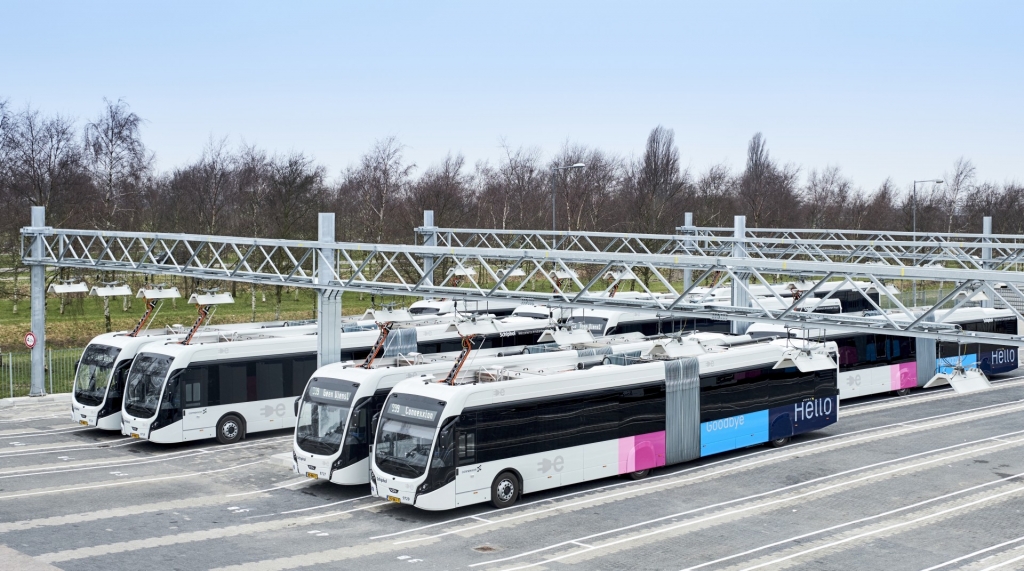 On the other hand, the registrations of electric buses are growing steadily. As of 30 September 2019, 1,123 battery electric buses (trolleybuses included) have been registered. And there is room for further growth, as the last few months of the year are usually marked by a large number of registrations. 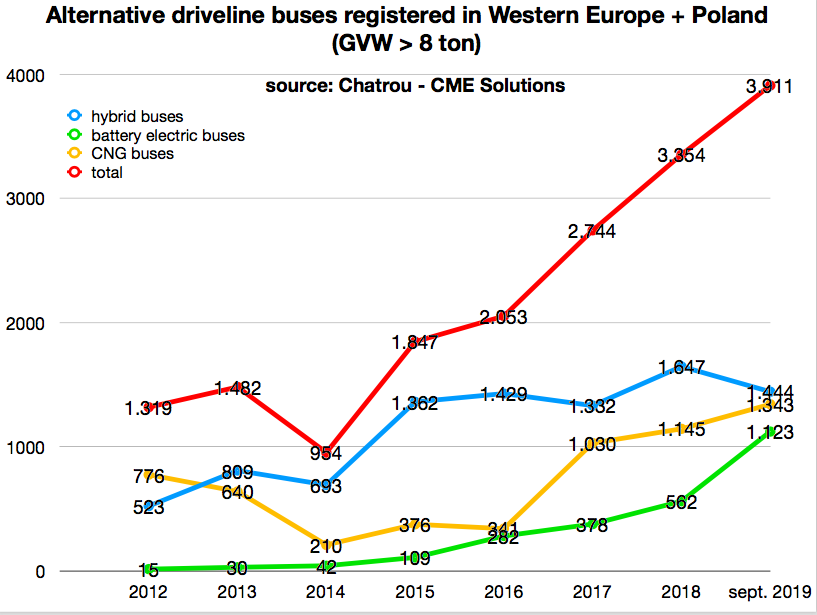 In any case, according to Chatrou – CME Solutions data, 2019 is the first year in which the barrier of 1,000 electric buses has been overtaken. By 2018 there were 562, which corresponds to 5% of the city bus market in Western Europe and Poland. Assuming an overall market still around 10,000 units, this year the electric bus registrations could be more than 10 percent of the total number.

Besides, focusing on orders, according to the report “Electric buses arrive on time” by Transport & Environment (with figures provided by Stefan Baguette), «the number of battery full electric buses (that, in this study, refers to battery fully electric buses and trolleybuses with batteries, thus no fuel cell buses are considered) ordered in Europe more than doubled in 2017 compared to 2016 reaching 1,031 vehicles. This is estimated to be equivalent to around 9% market share of new registrations in 2018».