Italy, a first tender for the future electric BRT in Taranto. 50 e-buses will be operating

The Italian city of Taranto is getting ready to move, in just a few years, to the role of forerunner of electric public mobility in the country, embracing the concept of the electric BRT system.

A first European call for tender (focused on feasibility study and project works) has been launched in June and its deadline is set at July 8th. It’s just the first step along the path that will lead to the commissioning of two BRT lines with a total length of 71 kilometres. All thanks to the financial support from the government, included in the post Covid-19 measures. The state has allocated 130 million euros (in any case insufficient for the entire work). About 50 zero emission buses are expected to circulate on the electric BRT of Taranto. A 40% reduction in journey timing is expected, compared to the private car, in the city centre.

The technology of the electric BRT has so far been adopted, in Italy, only by the city of Rimini (on the Adriatic sea) for the Metromare trolleybus line, inaugurated last November, which when fully operational will be operated through eight Van Hool Exqui.City (the first was presented in Rimini a few days ago). In Europe, similar networks have been launched in France, in the city of Pau (even through hydrogen-powered buses) and the Basque Country.

HERE THE TENDER DOCUMENTATION FOR THE ELECTRIC BRT OF TARANTO 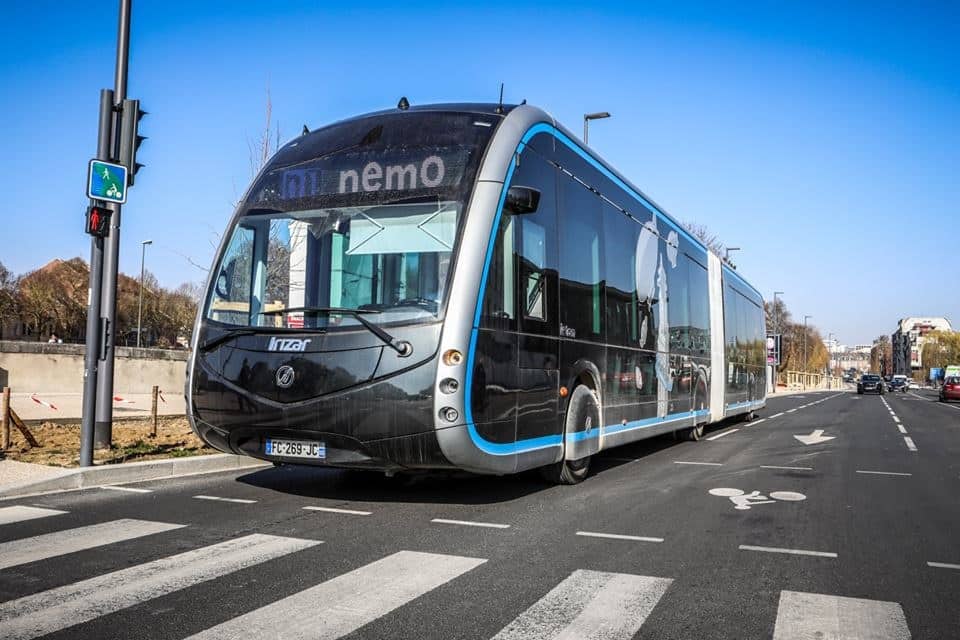 The system will be made of two lines. The Blue line “Tamburi – Talsano” will connect the Tamburi district to the Talsano district. The Red line “Paul VI – Cimino” will connect the Paul VI district to the Cimino pinewood. The Blue line will cover 38.5 km, while the second will have a development of 42 km. The frequency will be of 5 minutes at peak times and 10 minutes at soft times. The lines will have 9 kilometres of overlap, a section where the frequency will be 2 and a half minutes and five minutes respectively. The Councillor for Public Works, Ubaldo Occhinegro, told to the Italian newspaper Il Sole 24 Ore  that «Assuming an average commercial speed of 18 kilometres per hour for the Blue line and 22 kilometres per hour for the Red line (which is characterised by a greater presence of priority lanes), the fleet will be consisting of 50 articulated 18-metre buses».

A first call for tenders for the electric BRT of Taranto

Also planned is the construction of a depot and workshop, as well as a series of accessory works. The first call for tenders for over 3 and a half million euro is for the “Affidamento incarico redazione progetto fattibilità tecnico-economica e definitivo delle infrastrutture per la realizzazione delle linee portanti elettriche della rete BRT del Comune di Taranto“.

The reference technology for the operation of the network, they specify in the call for tenders, “is that of an electric rapid transit bus system with reserved lanes and traffic light preference at all main intersections”.

As we read in the pages of the newspaper, the Municipality, having received the approval of the financing, has signed a memorandum of understanding with Cassa deposito e prestiti, which will provide the municipality with consultancy services. In addition, the government funding will not cover the entire cost of the work, but will be sufficient to cover the construction of the blue line and the depot. For the second line, the red one, continues Il Sole 24 Ore, the municipality will have access to a call from the Ministry of Infrastructure and Transport, scheduled for October. It will ask about 60-65 million for this line. The construction of the network is expected to take four years.