Mumbai aims to bring in operation 340 electric buses (140 12-meter and 200 midibuses). To this extent, a Request for proposal has been issued by the Brihan-Mumbai Electric Supply and Transport Undertaking (BEST) on 30th December. The tender has been floated under the FAME India Phase-II phase in the city of Mumbai, as reported on the media Mercom India. The last date for the submission of bids was January 7th 2020. 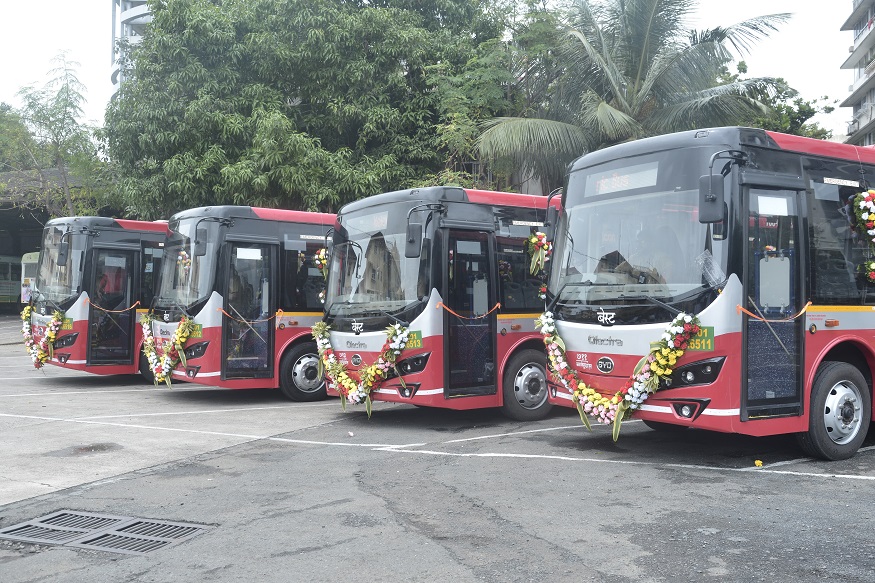 The tender looks for a subject who will be in charge of the procurement of buses along with the operation and maintenance of the routes provided by BEST. Therefore, the bidder must form a consortium with a manufacturer (that must have an electric bus production plant in India). Lifespan of the contract will be ten years.

Among the requirement there is the capacity to cover between 3 and 4 hours of operations on a single charge. Bidders, as reported on Mercom India, «must quote the rates on a ‘rupees per kilometer’ basis for a monthly assured range of 4,750 km for standard AC buses and 4,200 km for midi AC electric buses».

Midi AC buses are requested to have a seating capacity of about 40 passenger, 60 for the standard-size vehicles. The buses should operate for 3-4 hours on a single charge. The bidder should also have executed or undertaken at least one project of at least 45 buses in a single order for any state transport undertaking or government organization during the last two years.

BYD announced late in 2019 that is planning to increase the electric bus production in India, under the umbrella of the joint venture with Olectra (formerly Goldstone) to 5,000 vehicles per year from the 2,000 that are built now. The news has been reported on Business Standard, quoting a statement by Ketsu Zhang, executive director of BYD India. BYD is also investing $68.8 million in a manufacturing facility based in Karnataka to help bring down the cost and increase the localisation content of the buses. Reportedly, in October 2018 Olectra-BYD has signed a contract with the north Indian state of Uttarakhand to deliver 500 electric buses.