One out of three buses sold by Solaris in 2018 were alternative drive vehicles. Solaris, according to the figures released by the company, placed second in the chart of electric buses’ top seller in Europe for the year 2018.

And 2019 will be the year of the Solaris Urbino 12 hydrogen and Trollino 24, that will be unveiled at UITP Public Transport Summit in Stockholm and Busworld Europe respectively.

The company just released the figures about 2018 sales and financial report, with interesting figures about zero emission bus sales. 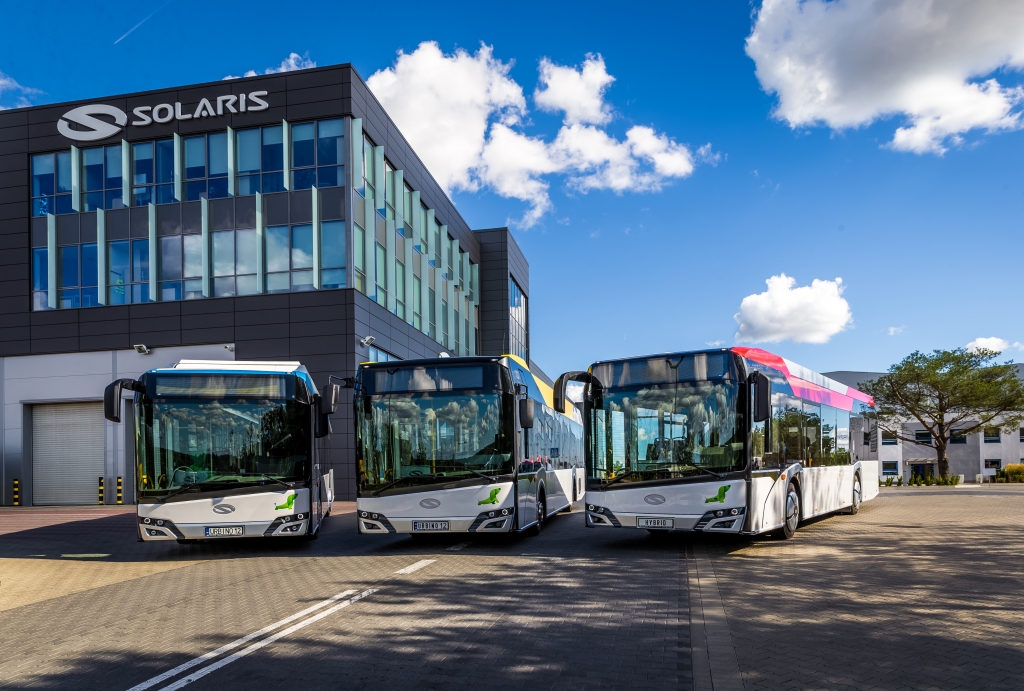 A debate on the zero emission bus market shares

According to the figures provided from the Polish manufacturer, Solaris ended the year 2018 with a market share of 17%, ranking second in the chart of electric bus manufacturers in European market, behind BYD (counting also the buses produced jointly with ADL). VDL, in the chart released by Solaris, places third.

On the other hand, according to the figures released by Interact Analysis, the 2018 market leader (after BYD – ADL) has been VDL. A segmentation, the latter, confirmed by Chatrou CME Solutions, which underlines that, with regards to registration in Western Europe and Poland, Solaris has registered 77 electric buses, for a market share of 13,7 per cent (behind BYD – ADL with 28% and VDL with 15,5%).

Alternative driveline vehicles constituted 36% of all those sold last year. It is estimated, Solaris points out, that within the next decade the segment of low or zero emission buses will grow to account for 80% of the whole city bus market in Europe, mostly at the expense of conventional drivelines.
Within the next few years, buses with alternative drivelines will account for at least half of the output of the company, Solaris highlights.

In 2018, for the 16th time in a row, the company claimed the spot of leader on the Polish market of city buses. In 2018, Solaris delivered in total 1,226 buses and trolleybuses to customers in Poland and abroad. Of these, 402 went to Polish buyers. Thus, the company turned domestic leader on the market of low-floor city buses for the sixteenth time in a row, claiming a market share of 33%. 2018 was an exceptional year for the whole bus industry in Poland, Solaris points out: the domestic market witnessed a growth of 50 % compared to 2017 (1195 buses versus 795).

2018 saw several premières of Solaris products. During the Transexpo trade fair in Kielce, in autumn last year, the producer unveiled the Solaris Urbino 12 LE lite hybrid. The label “light” in the vehicle name refers to its biggest advantage, namely the low fuel consumption, which translates to reduced operating costs compared to similar vehicles available on the market.

The general objective of the engineers in the Company’s Office of Development, who had worked on creating the Urbino 12 LE lite hybrid, was developing a bus structure which would score a fuel consumption of less than 30 litres per 100 km in the Standardised On-Road Test 2 (SORT 2). 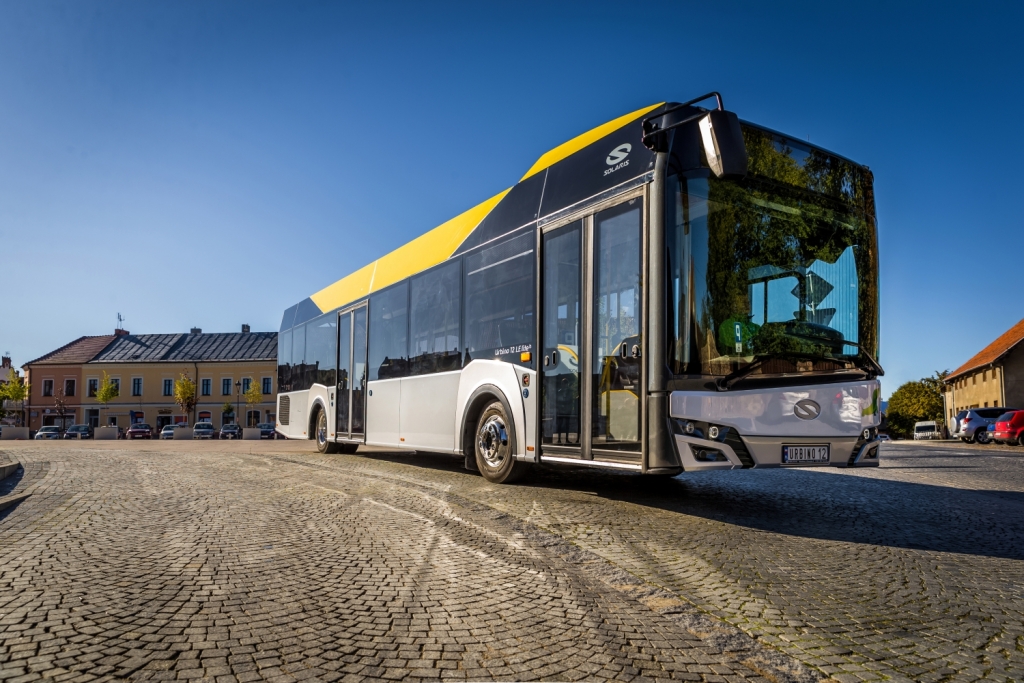 As for 2019, Solaris is going to release two product débuts this year. The first of these will be the Solaris Urbino 12 hydrogen. The première of the 12 metre zero emission bus with an electric driveline and a hydrogen fuel cell as range extender has been slated for June 2019, during the Public Transport Summit in Stockholm. It will be the first Solaris bus that runs on hydrogen.

The second vehicle, whose début has been scheduled for the Busworld trade fair in Brussels in October, is the Solaris Trollino 24. The trolleybus under construction is the first bi-articulated vehicle with two drive axles and an oversize length of 24 metres in Solaris’ history. It will also constitute a construction platform for trolleybuses, as well as battery and hybrid buses.

CLICK HERE FOR THE ARTICLE:
2019 WILL BE YEAR OF SOLARIS URBINO 12 HYDROGEN

The fact that fuel cell will see a grow of its share in the next decade is clear from ZeEUS eBus Report #2 released by UITP (download the full report HERE). Fuel cell buses are expected to have a market share of 2 per cent in 2020 and 10 per cent in 2030 (even 12 according to the figures released by Solaris, as shows the picture above), in the segment of urban buses and in European area. Still a little “slice” compared to the 52 per cent forecast of battery electric… but the multiplication for five is anyway impressing and opens up interesting scenarios for after 2030 years.

“We enter 2019 with ambitious targets and large number of secured orders for this year. Crucially, a significant part of these vehicles feature alternative drivelines in the design and production of which Solaris is now a European expert. We also attach great importance to after-sales services offered to our customers and focus on the development of that segment. With each year we face new challenges born of expectations of the market with regard to innovative solutions. However, Solaris is an organisation perfectly prepared for that task and it is able to both respond to the needs of its customers, and create new market trends, in particular with regard to e-mobility,” Javier Calleja, CEO of Solaris, sums up the company’s plans for 2019.