When the biofuel for the bus comes from…. wine. Grape marc, the residue produced in wine-making process, can be used to make biofuel. It’s called ED945, it’s actually not very convenient from the economical point of view but it reduces emissions compared to diesel. A Scania Interlink LD powered with ED945 is running on a pilot between Bordeaux and Blaye, in France, deployed by the transport operator Citram Aquitaine.

The biofuel bus by Scania is running on intercity 201 route between the two French cities. We are talking about a vehicle adapted to long-distance travel which is powered by bioethanol. The pilot has been announced by Scania in a press release. The collaboration between Scania and Citram is enabled by the key contribution of Raisinor France Alcools, which supplies the biofuel required to run the experiment.

Raisinoor has brought together the French wine cooperatives, with Union Coopératives Vinicoles d’Aquitaine (UCVA) producing 100,000 tonnes of grape marc every year on its site at Coutras in the Gironde department, which is in the Bordeaux wine-making region. “Their production potential would supply 1,000 vehicles locally,” says Jérôme Budua, Director of Raisinor France Alcools. 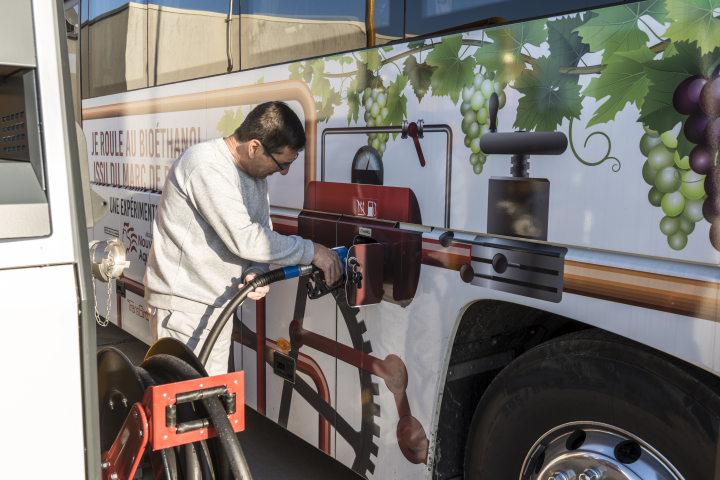 Citram toward the future. With biofuel bus

Established in 1921 as a private company, Citram has been the main passenger transport company in the Gironde department for years. “We are responsible for 80 percent of intercity operations in Gironde,” Nicolas Raud, director of Citram Aquitaine. “This covers 42 routes, some of which play a pivotal role in the network, completing up to 19 return journeys a day. We have to be at the forefront of innovation. I believe that the ability of a carrier to reconsider its energy mix is essential. We were immediately drawn to Raisinor and Scania’s proposal of locally produced, environmentally friendly power, so we asked to be involved in the experiment to measure the efficiency and viability of this solution”.

Biofuel ED95 for bus, not a cheap solution

A vehicle running on ED95 consumes more because the energy output of ethanol is half that of diesel, and it is more expensive to buy compared with a diesel vehicle: “To cause less pollution, we must accept the bill,” says Raud. “Reappraising our fleet of vehicles by investing in alternative energy can only be done with the support of the region, and we know that the region views this approach favourably. It is up to us to suggest an economically acceptable energy mix. Bioethanol and gas allow us to develop an energy mix that is suitable for our area. In our network, some remote places do not have and probably will never have a petrol station with gas. They could easily accommodate this locally produced, ecologically relevant energy”. “The bioethanol/diesel comparison is irrefutable, with 85 per cent fewer carbon emissions, 50 percent less nitrogen oxides and 70 per cent fewer particulates,” says Budua. 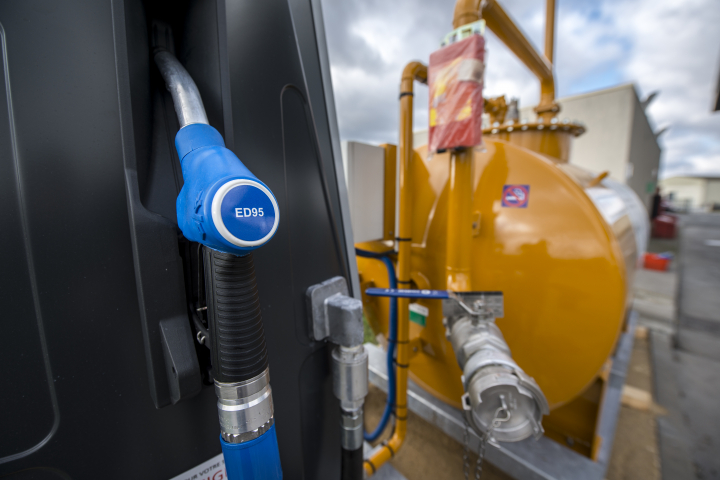