American company QuantumScape, backed by Volkswagen and Bill Gates, announced it has discovered an electrolyte which would be set to allow extraordinary battery performance. QuantumScape says its solid-state battery (with lithium-metal anodes) can reach 800 cycles without loss of performance and is designed to enable up to 80% longer range compared to today’s lithium-ion batteries.

«If QuantumScape can get this technology into mass production, it holds the potential to transform the industry,” said Stan Whittingham, co-inventor of the lithium-ion battery and winner of the 2019 Nobel prize in chemistry.

QuantumScape got investments from Volkswagen and Bill Gates. Volkswagen increased its stake in the US-based company in early 2020 making an additional investment of up to US$200 million, following a first investment of 100 million. QuantumScape’s team of scientists has worked over the past decade to create the next generation of battery technology, which for the company means solid-state batteries with lithium-metal anodes.

Solid-state battery technology is in the spotlight of Mercedes Trucks & Buses plans: the eCitaro G is set to be optionally equipped with such technology coming from Blue Solutions (Bollorè group). 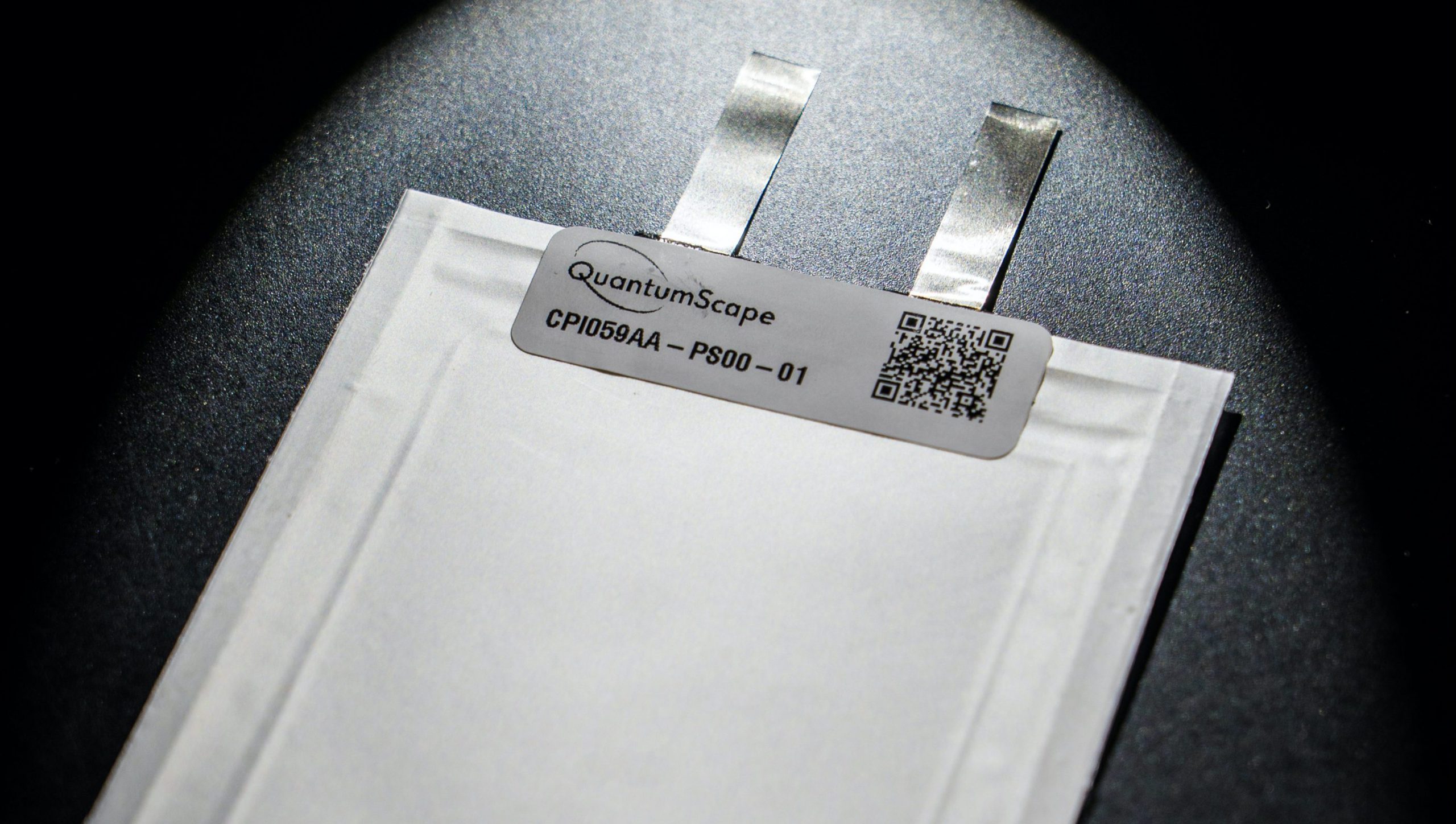 QuantumScape is active in the development of next generation solid-state lithium-metal batteries for use in electric vehicles (EVs). On 8th December the company has released performance data that, according to the group, «demonstrate that its technology addresses fundamental issues holding back widespread adoption of high-energy density solid-state batteries, including charge time (current density), cycle life, safety, and operating temperature».

QuantumScape says its solid-state battery is designed to enable up to 80% longer range compared to today’s lithium-ion batteries.

Following, the details released by QuantumScape: «Previous attempts to create a solid-state separator capable of working with lithium metal at high rates of power generally required compromising other aspects of the cell (cycle life, operating temperature, safety, cathode loading, or excess lithium in the anode). QuantumScape’s newly-released results, based on testing of single layer battery cells, show its solid-state separators are capable of working at very high rates of power, enabling a 15-minute charge to 80% capacity, faster than either conventional battery or alternative solid-state approaches are capable of delivering. In addition, the data shows QuantumScape battery technology is capable of lasting hundreds of thousands of miles, and is designed to operate at a wide range of temperatures, including results that show operation at -30 degrees Celsius».

Which cells were tested by QuantumScape?

The tested cells were large-area single-layer pouch cells in the target commercial form factor with zero excess lithium on the anode and thick cathodes (>3mAh/cm2), running at rates of one-hour charge and discharge (1C charge and 1C discharge) at 30 degrees Celsius, QuantumScape says. These tests demonstrated robust performance of these single layer pouch cells even at these high rates, resulting in retained capacity of greater than 80% after 800 cycles (demonstrating high columbic efficiency of greater than 99.97%).

“The hardest part about making a working solid-state battery is the need to simultaneously meet the requirements of high energy density (1,000 Wh/L), fast charge (i.e., high current density), long cycle life (greater than 800 cycles), and wide temperature-range operation. This data shows QuantumScape’s cells meet all of these requirements, something that has never before been reported. If QuantumScape can get this technology into mass production, it holds the potential to transform the industry,” said Dr. Stan Whittingham, co-inventor of the lithium-ion battery and winner of the 2019 Nobel prize in chemistry.

“These results blow away what was previously thought to be possible in a solid-state battery,” said Venkat Viswanathan, battery expert and professor of materials science at Carnegie-Mellon University. “Supporting high enough current density to enable fast charge without forming dendrites has long been a holy grail of the industry. This data shows the capability to charge to 80% capacity in 15 minutes, corresponding to an astonishingly high rate of lithium deposition of up to a micron per minute.”

QuantumScape battery technology for the transition

“We believe that the performance data we’ve unveiled shows that solid-state batteries have the potential to narrow the gap between electric vehicles and internal combustion vehicles and help enable EVs to become the world’s dominant form of transportation,” said Jagdeep Singh, founder & CEO of QuantumScape. “Lithium-ion provided an important stepping stone to power the first generation of EVs. We believe QuantumScape’s lithium-metal solid-state battery technology opens the automotive industry up to the next generation battery and creates a foundation for the transition to a more fully electrified automotive fleet.”

QuantumScape’s proprietary solid-state separator «replaces the organic separator used in conventional cells, enabling the elimination of the carbon or carbon/silicon anode and the realization of an “anode-less” architecture, with zero excess lithium. In such an architecture, an anode of pure metallic lithium is formed in situ when the finished cell is charged, rather than when the cell is produced. Unlike conventional lithium-ion batteries or some other solid-state designs, this architecture delivers high energy density while enabling lower material costs and simplified manufacturing».