The sound of electric buses. To be heard in London from January

Some of the electric buses in London will produce an artificial sound as early as next year in order to warn people for their arrival and thus reducing the risk of possible accidents. The sound (called Acoustic Vehicle Alerting System) has been developed by Zelig Sound, a long-time collaborator of Transport for London, and has different kind of rhythm depending on whether the bus is starting, stopping or moving.

TfL has been piloting the effect of the sound for some months in the Tottenham area. From January to June, it will be heard in the nearby of about a hundred vehicles that operate on different lines. 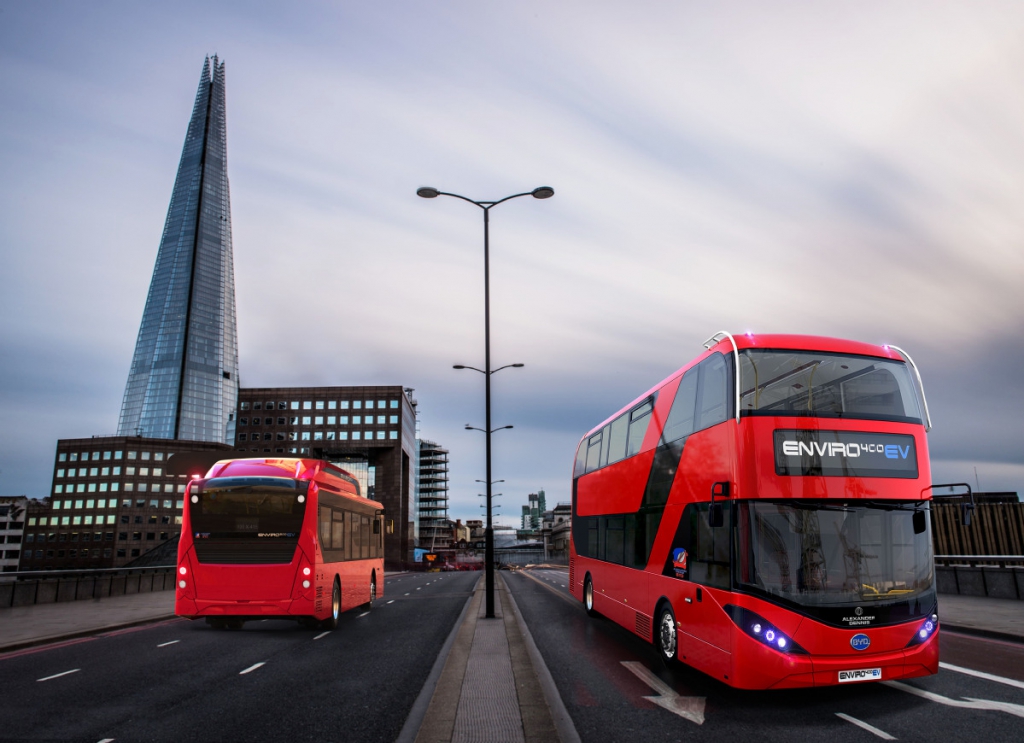 London, the sound of electric buses

The sound will be produced by electric buses when travelling at a speed of less than 20 kmh, and should have a noise level of 56 dB, as required by the European regulations. As reported on Wired, a study from the US Department of Transportation has suggested that people are 40 per cent more likely to be hit by an electric or hybrid car than one with a noisy combustion engine.

At higher speeds, the noise from the tyres and the air on the body of the bus will be enough to hear the vehicle coming.

The addition of a peculiar sound to electric buses is a consequence of the new European Union rules, which require electric vehicles to produce some noise when travelling at low speed, in order to compensate for the lack of combustion engine. The regulation also affects the United Kingdom, although it is about to leave the European Union through Brexit.

This is how Wired describe the AVAS to be adopted on London electric buses: «The sound itself – an electronic composition – is a short loop that will play constantly when a bus is in operation. When a bus is stationary a soft chord (technically, F#maj7) plays continuously with two rhythmic pulses added over the top. When the bus starts moving, a beacon sound (a single note of C sharp) is played every three beats over the rest of the track».

The sound of the future, the EU requires it

Transport for London plans to apply the new system to a limited number of buses across the main routes. An experiment carried out in Tottenham in recent months has yielded positive results. There are about 8,000 double-decker buses in London, the iconic red ones, and only 200 of them are electric so the change will affect a small fraction of the entire fleet.

To date, two lines are completely zero-emission: the 43 between Muswell Hill and London Bridge and the 134 between North Finchley and Warren Street.

The trial on the 100 bus route comes ahead of an artificial sound becoming a regulatory requirement for all new ‘quiet’ running vehicles in 2021, TfL points out. The sound has been developed with input from Guide Dogs for the Blind, London Travelwatch and other key accessibility, walking and cycling groups.

“Working with a broad range of stakeholders and trialling AVAS on the 100 bus route and other routes in the following months will ensure the system is best equipped to alert all road users to the presence of quiet running buses, preventing collisions and making deaths and serious injuries on our roads a thing of the past”, says Claire Mann, Director of Bus Operations at TfL.

Kirsty Hoyle, CEO at Transport for All, said: “Understanding the lived-experience of navigating London’s streets with a visual or sensory impairment, and designing services with this in mind, is a fundamental part of inclusive design; our disabled members have been delighted to work with Transport for London to find a solution that can now be live tested. We are excited and interested to see the results”.

Dave Kent, Engagement Officer at Guide Dogs UK, said: “The Guide Dogs for the Blind Association have keenly supported the development of the AV solution for quiet buses. We look forward to trialling the system on an active route in situ in the capital during January”.

Stephen Edwards, Director of Policy and Communications at Living Streets, said: “Improving local air quality in London is a vital priority and will improve life for everyone, particularly those walking. But as our buses become cleaner and quieter, it is important that pedestrian safety is not compromised”.