The capital city of Slovakia is testing the Trollino 24, the longest vehicle made by Solaris. The trolleybus will run on the routes of operator Dopravný Podnik Bratislava until the end of November 2020. The operator is planning to increase its capacities regarding the number of passengers it transports, and the tests should provide an answer as to whether a 24-metre bi-articulated bus will be able to replace the 18-metre vehicles that have been in use so far. During a visit to the operator in the Slovakian capital city, the Trollino 24 trolleybus was also presented to other Slovakian operators with trolleybuses in their fleets. 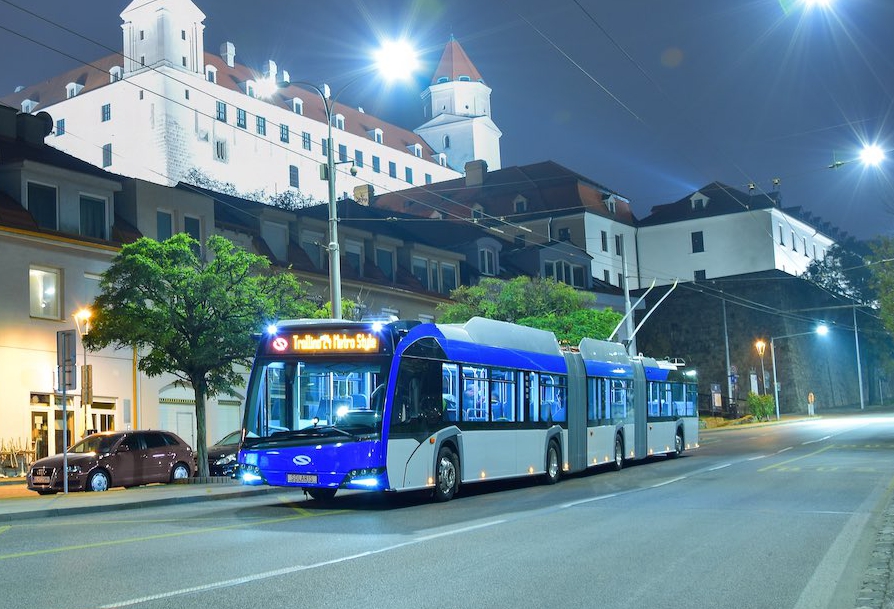 The bi-articulated trolleybus made by Solaris, whose pictures started to be diffused in spring 2019, was launched in 2019, at the Busworld trade fair. In its distinctive MetroStyle version, the trolleybus is a response to the latest trends in the public transport industry. The trolleybus is driven by two traction motors of 160 kW each. Its pack of Solaris High Power batteries is recharged en route, collecting current from the overhead line.

Thanks to the batteries, the Trollino can also travel without any external power supply. This innovative model will also feature a number of amenities for passengers and the driver, enhancing safety and travel comfort. Cameras, in lieu of conventional mirrors, facilitate manoeuvres made with the bi-articulated vehicle. Additionally, they ensure improved visibility not only in bright sunlight, but also during rain or snowfall, as well as at night. The MobileyeShield+ system of intelligent cameras eliminates the problem of blind spots by warning the driver about other road users, including any cyclists or pedestrians located close to the vehicle.

Trollino 24, the longest Solaris vehicle ever

This week, the longest Solaris vehicle rolled out onto the streets of Bratislava and started its first trials with the client, the producer highlights. The capital city of Slovakia will test the Trollino 24 trolleybus on all routes, but above all on route 201. The number of passengers on this line has been growing year by year, and for that reason the operator is planning to increase its capacity, possibly by replacing its 18-metre vehicles that are in use now with longer models. 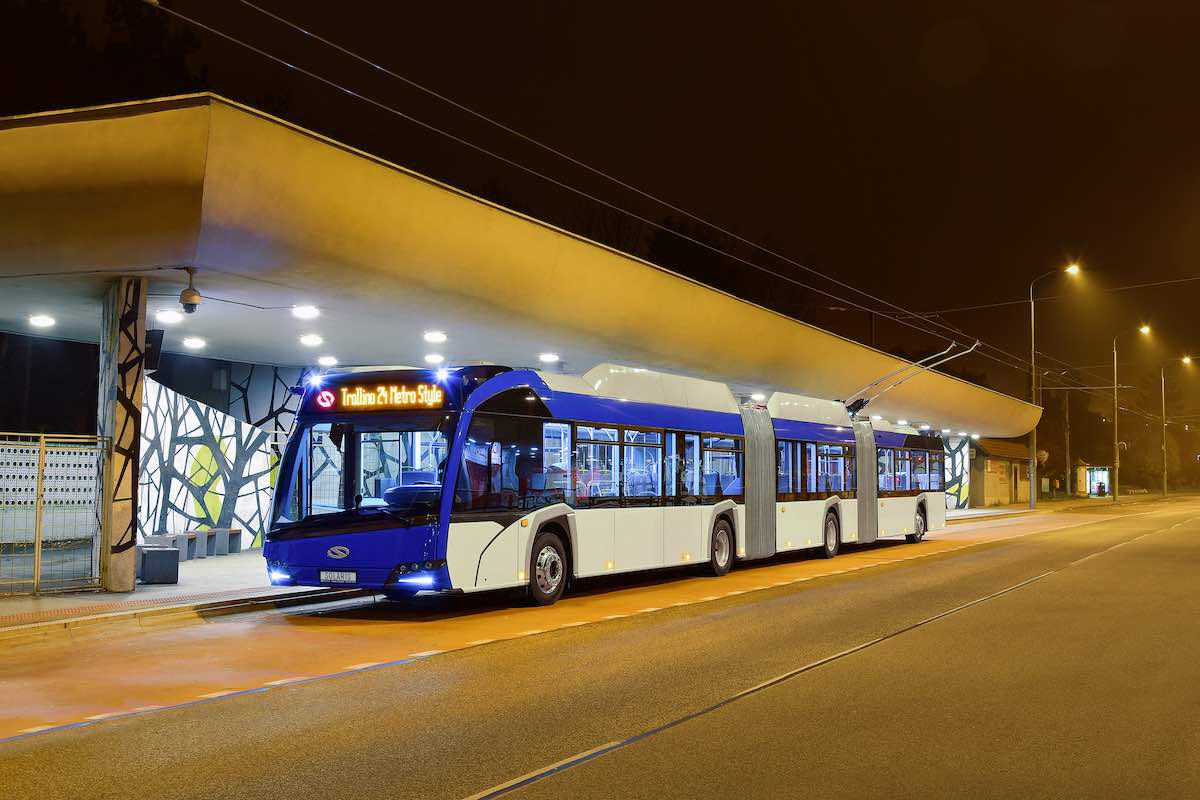 Over 200 people can travel on board the Trollino 24. The tests in the Slovakian capital will finish at the end of November. They are being carried out in regular urban traffic, but without passengers.

On 19 November 2020, operator Dopravný Podnik Bratislava also organised a visit by carriers from the cities of Prešov, Žilina, Košice and Banská Bystrica. These carriers, which have trolleybuses in their fleets, were able to explore the capabilities of this innovative vehicle. The presentation of the Trollino 24 vehicle featured also a ride on line no. 201.

24-meter trolleybus on a test in Bratislava

“Thank you for renting this vehicle. We are glad that the test drives allowed us to use this type of trolleybus in real city traffic. Tests have shown that even a nearly 25-meter trolleybus has a real application in the streets of Bratislava. In the conditions of public transport in the capital of Slovakia, we see it as the future of ecological transport”, said Martin Rybanský, CEO of DP Bratislava.

“The Trollino 24 trolleybus is absolutely unique, not only in terms of its design, but also when it comes to its passenger capacity. The trolleybus is equipped with a series of modern solutions that ensure the safety of drivers and passengers, without generating noxious exhaust emissions. This is a perfect solution for modern operators that prioritise the safety and quality of life of local residents, and Dopravný Podnik Bratislava is, no doubt, just such an operator. I am extremely pleased that the operator in the capital city has taken an interest in the Trollino 24 and that the tests went well”, said Lubomir Melichar, Managing Director of Solaris Slovakia. 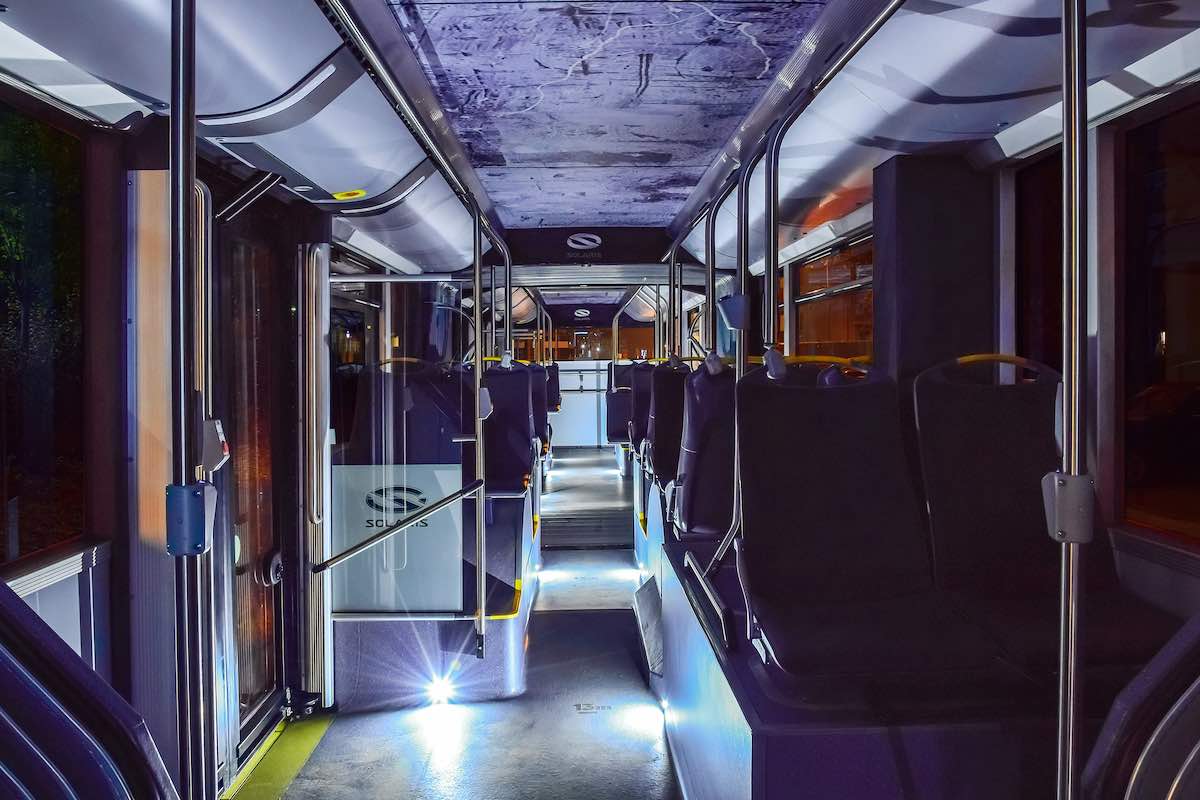 Bologna is launching one of the largest fuel cell bus projects in Europe so far, with 127 units expected to be in operation by mid-2026 (34 to arrive by 2024). An agreement has been signed to this extent between Bologna City Council, public transport operator TPER and Srm. An investment of over 90 m...
São Paulo’s Transit Agency SPTrans (over 13,000 buses) has banned the procurement of new diesel buses in the city. Earlier this year, Colombia’s capital city Bogotá stopped procuring fossil-fuelled buses in the city. The news is reported on local media and on C40 website. It is expected t...
Geneva’s public transport system has chosen its future e-buses on the way to a full electric bus fleet by 2030. As many as 119 zero emission buses will be provided by Swiss Hess, with Hitachi Energy in charge of infrastructure. The same partners have already been active in Geneva with the TOSA...
The first Tramlink lands in Milan. In fact, the first new generation tram, destined for both urban and extra-urban service, managed by ATM, arrived from the Stadler plant in Valencia. The vehicle, numbered 7201, has been stored in the main workshop in Milan, awaiting line tests to be held in the com...
Sign Up Here!