Green achievement for Brescia Trasporti, the urban transport company of the Italian city of Brescia, 100 km from Milan. With the debut into service of 20 new natural gas buses Iveco Urbanway, presented a few days ago, the goal of complete methanisation of the road fleet has been achieved. All the 176 buses in operation run on cng. Just about 20 diesel buses remain in the fleet, but they work as replacement units in case of breakdown. 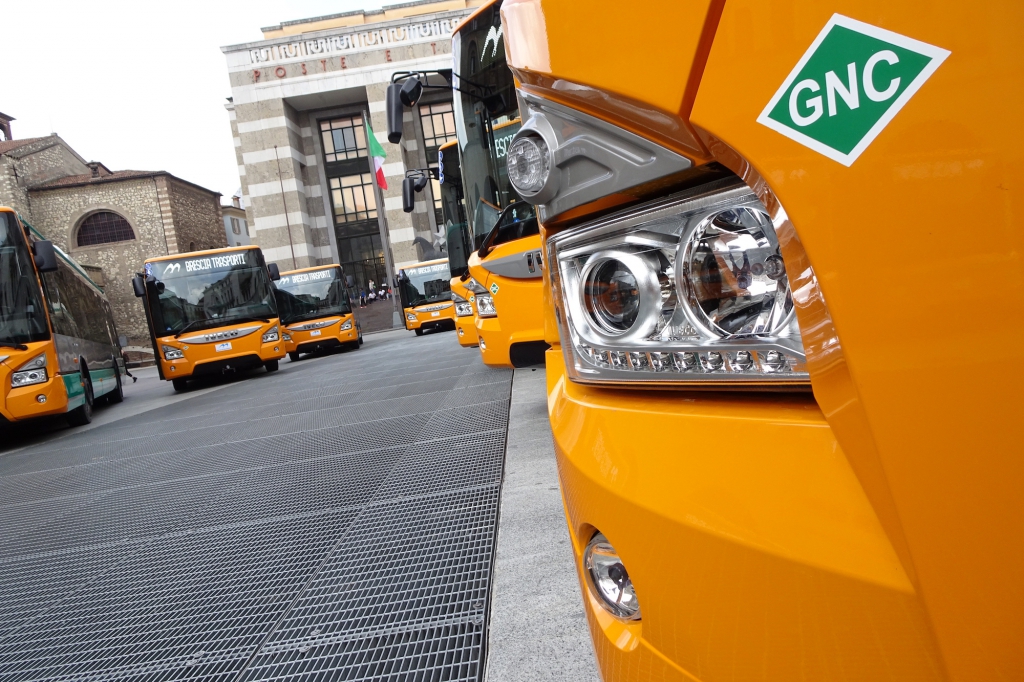 A cng future for Brescia Trasporti (with Iveco)

While there are transport company who take the path of full electric, inevitably trusting in a future of technological developments, some others companies, like Brescia Trasporti, already in 2001 choose a “cng future”. The 35 Iveco cng buses that arrived 17 years ago are still in the fleet, ready for retirement. That will come soon. Meanwhile, Brescia Trasporti presented the 20 new Iveco Urbanway that sanction the achievement of the threshold of 100 percent of kilometers traveled in the city with gas traction.

New cng buses in operation in one month

The Iveco Urbanway natural gas vehicles will start operation in a month. The ceremony was attended by the Mayor Emilio Del Bono, the Chief Executive Officer of Brescia Trasporti Ezio Cerquaglia, the General Manager of Brescia Mobilità Marco Medeghini and the Director of Brescia Trasporti Claudio Garatti. The supply, worth Euro 4,800,000 (of which Euro 2 million in self-financing and the remaining provided by state and regional grants) was carried out by the dealer Iveco Orecchia. 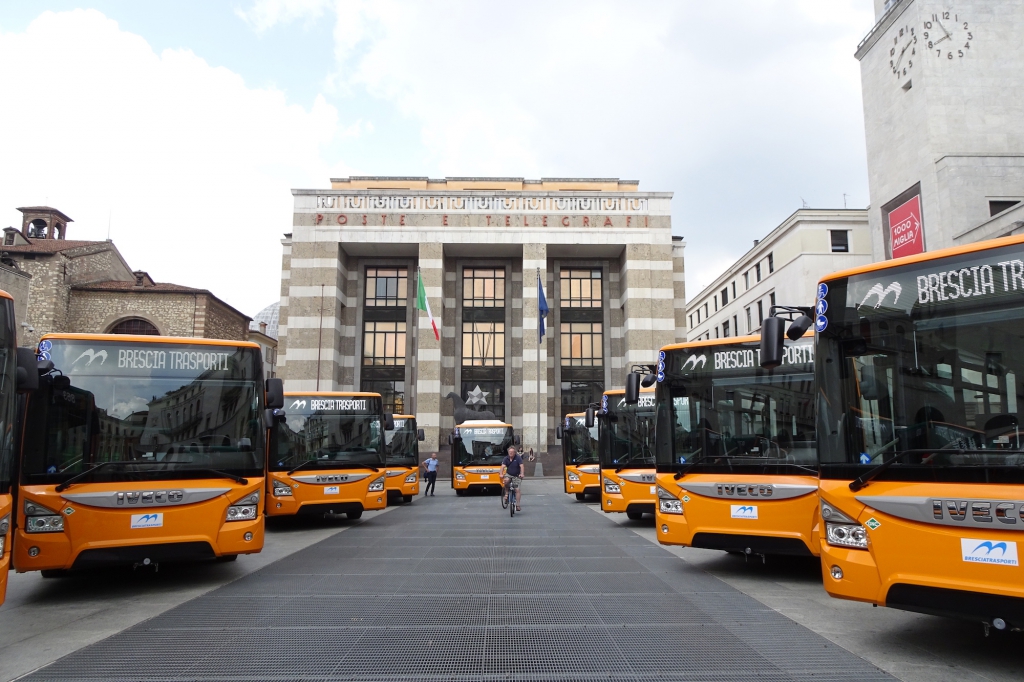 The vehicles, equipped with 330 horsepower Cursor 8 engine, are equipped with air conditioning, video surveillance guaranteed by 8 internal cameras and a video recorder, fire-fighting device (the Fogmaker distributed by Ofira Italiana), platform for transporting wheelchairs. Up to 96 people can be carried on board, 22 of them seated.

In line with its net zero initiative, Destination Zero™, the Columbus-based group continues to make industry-leading contributions to reduce carbon emissions of bus fleets - on a global scale. Currently, Cummins spends an estimated $1 billion annually on research and development.
Iveco Bus has launched today its new Crossway Low Entry Hybrid at FIAA in Madrid. The vehicle is available in XTL (X-To-Liquid) renewable fuel and Natural Gas versions. The new Crossway LE Hybrid, currently available as Class I for city uses and Class II for suburban.The model displayed in Madrid is...
Indcar highlights its vision of low-emission transportation at the Next Mobility Exhibition, Italy’s most important show dedicated to the sustainable mobility sector. At its booth, Indcar is showcasing its technologies for decarbonizing mobility by offering customers solutions tailored to thei...
Consip (the central purchasing department of the Italian public administration) has awarded the framework agreement for the supply of CNG-powered buses for central/local governments and public transport companies. The winners were Scania (Italscania), Industria Italiana Autobus, Iveco and Otokar. Th...