Cng buses, 150 Urbanway Natural Power will hit the road of Paris from 2019 as part of the French city’s “BUS 2025 plan” that aim to replace its entire fleet with non-polluting vehicles. Iveco Bus has recently won the tender for the delivery of articulated vehicles to Ratp, that will run on compressed natural gas or biomethane. This contract follows that of 2014 for some 1,000 buses. 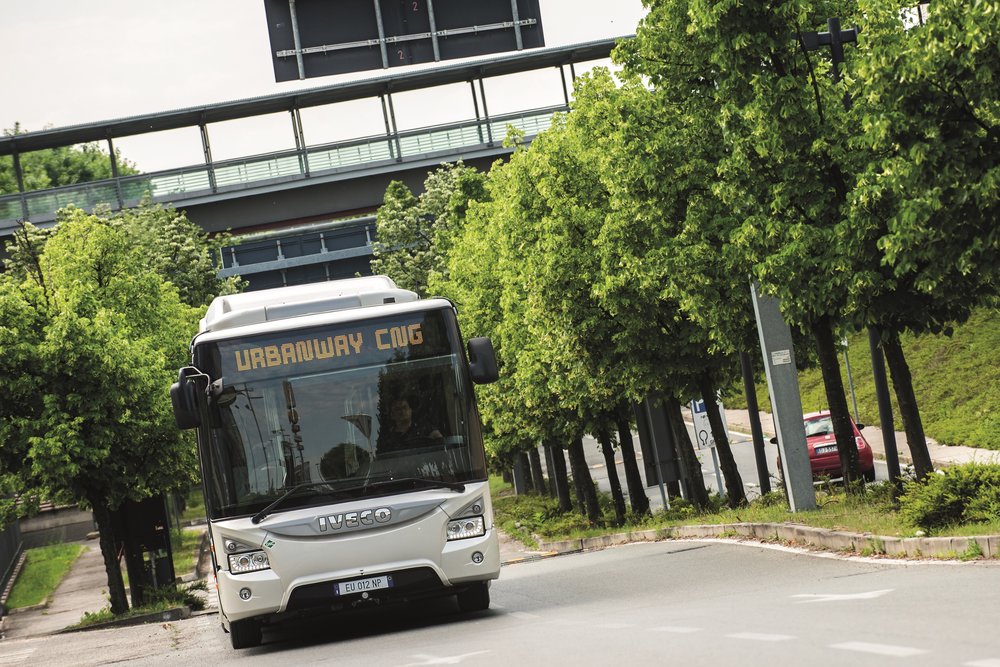 To date, in Europe there are some 6,000 gas powered buses manufactured by Iveco Bus in operation. The buses are realized in the Iveco plant in the French city of Annonay. Cng buses by Iveco are powered by the state-of-the-art natural gas Cursor 8 NP engine manufactured by Cnh Industrial’s powertrain business, Fpt Industrial, at its Bourbon-Lancy site in France. More than 1,000 Cursor 8 NP engines are manufactured here annually for use in transport and industry throughout the world.
Still in France, the city of Lille prides itself on having the largest fleet of natural gas buses in Europe. More specifically: biomethane that comes from household waste. Iveco Bus and the transport operator Keolis are the main actors in the project. Cnh Industrial dedicated to the French city’s case study the latest episode of the webseries “Behind the wheel” (that you can watch clicking HERE).

Iveco Bus with Ratp for the environment

The Urbanway buses can run on biomethane, produced from waste, which guarantees a neutral carbon footprint and simultaneously offers a wealth of other environmental benefits –  improved air quality, noise reduction and more efficient waste management – to public transport authorities and major cities in the fight to provide a cleaner urban landscape. Iveco Buses, through its Research and Development center in Vénissieux, France, and Ratp are committed to working on solving some of the key environmental issues facing urban areas.

In line with its net zero initiative, Destination Zero™, the Columbus-based group continues to make industry-leading contributions to reduce carbon emissions of bus fleets - on a global scale. Currently, Cummins spends an estimated $1 billion annually on research and development.
Iveco Bus has launched today its new Crossway Low Entry Hybrid at FIAA in Madrid. The vehicle is available in XTL (X-To-Liquid) renewable fuel and Natural Gas versions. The new Crossway LE Hybrid, currently available as Class I for city uses and Class II for suburban.The model displayed in Madrid is...
Indcar highlights its vision of low-emission transportation at the Next Mobility Exhibition, Italy’s most important show dedicated to the sustainable mobility sector. At its booth, Indcar is showcasing its technologies for decarbonizing mobility by offering customers solutions tailored to thei...
Consip (the central purchasing department of the Italian public administration) has awarded the framework agreement for the supply of CNG-powered buses for central/local governments and public transport companies. The winners were Scania (Italscania), Industria Italiana Autobus, Iveco and Otokar. Th...
Sign Up Here!