A bus fleet that runs on… waste. Lille, northern France, prides itself on having the largest fleet of natural gas buses in Europe. More specifically: biomethane that comes from household waste. Iveco Bus and the transport operator Keolis are the main actors in the project. Cnh Industrial dedicated to the French city’s case study the latest episode of the webseries “Behind the wheel”. You can watch it from HERE. 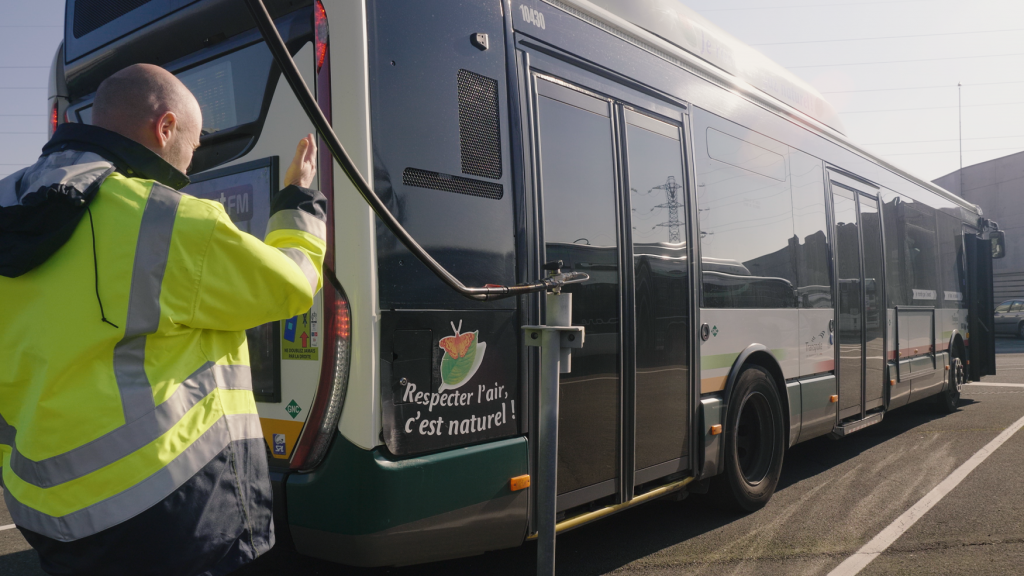 The city of Lille is now firmly established at the forefront of large scale, sustainable mobility projects and Iveco Bus is a proud partner in this quest for an efficient and environmentally friendly public transport system. The project began nearly 25 years ago when this forward thinking city began to explore ways of improving air quality and to experiment with alternative fuels. In 1990, the local authorities decided to start using biogas produced at a sewage treatment plant. Instead of combusting it in a flare, they decided to purchase buses fueled by biomethane. The first four buses were put on the roads in 1994. Now there are 428 cng buses in the fleet of Keolis.

Half of the fleet runs with biogas

The city reached important achievements: half of the bus fleet was replaced with biogas buses and two recycling plants were built in order to manage the increasing amounts of waste. According to data released in 2016, 108,000 tonnes of waste are processed annually, producing more than 4 mln m3 of biogas (which corresponds to 4.5 million m3 of diesel oil) used for city’s buses of fed into the mains gas network. The compost is used to enrich farmland. In the episode of “Behind the wheel” series is shown how every day household waste is collected, delivered to the biogas plant and converted into biomethane to fuel the city’s buses. The creation of this virtuous cycle simultaneously provides solutions for efficient waste management, improved air quality and sustainable mobility.