Scania bus LNG-powered has made its way to Bologna. The first LNG buses in Europe have been delivered in the Italian city. And this could set the beginning of a new era for intercity buses.

The Scania bus Interlink LD LNG displayed today, the first batch of a 15-units order, will be operated by the public transport company TPER, which has proudly issued the first European public call for tender on LNG powered buses. 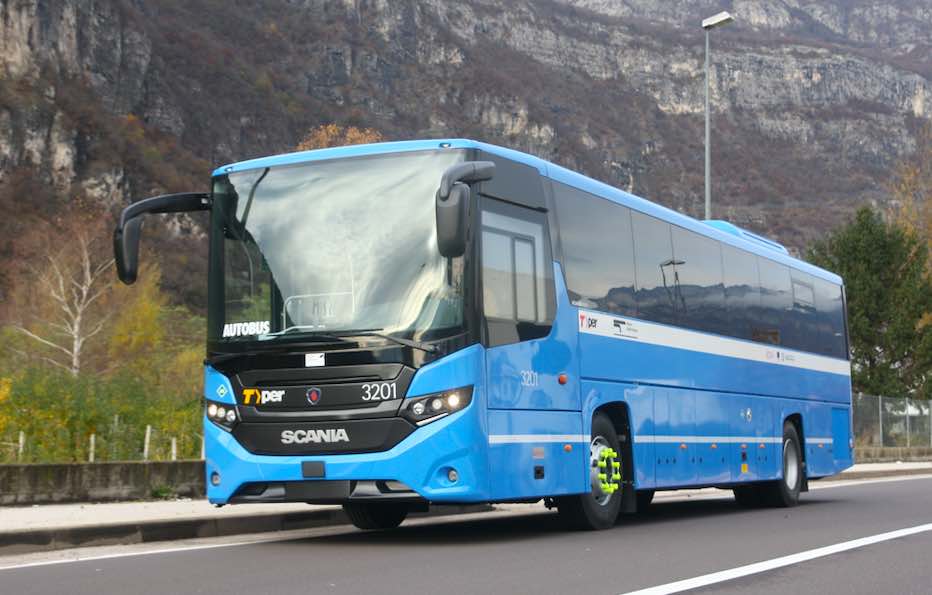 TPER Bologna is known for having a large trolleybus network (some 100 electric buses are in operation, mainly trolleybuses), the largest fleet of hybrid buses in Italy and 311 CNG-powered vehicles. Greenhouse gas emissions have been reduced by 20% in the last three years. And today the company makes a significant leap forward in terms of sustainable transport.

LNG buses by Scania, the debut in Bologna

The new LNG Scania buses purchased by TPER combine the environmental benefits of natural gas-based technology, which has been proven over many years of operations, with the increased range that LNG technology guarantees.

In its two cryogenic tanks (556 on the right side, 452 l on the left one), the new Scania Interlink LD LNG can, in fact, accommodate enough fuel to cover more than 1,000 km, according to the manufacturer. The Interlink LNG vehicles have capacity for 71 people (55 seated).

The investment of 3.7 million euros for the purchase of these 15 LNG buses is supported for more than 90 per cent from TPER itself and for the remaining 10 per cent with government funding. 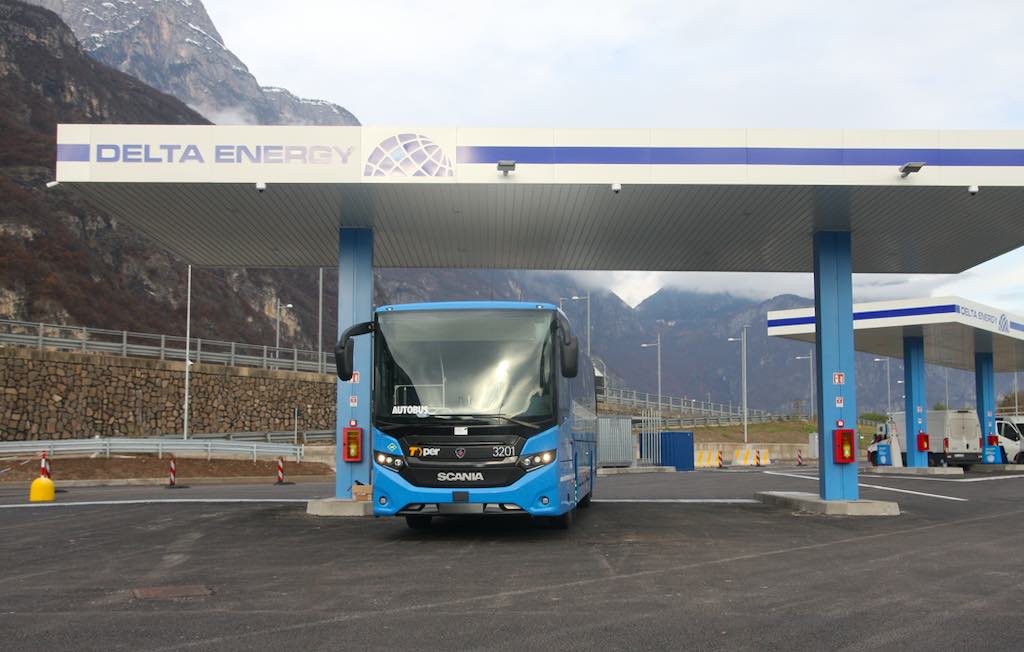 Besides, Italy is at the first position in Europe with regards to the number of LNG filling station so far, with 56 of the 200 European stations.

The new Scania Interlink LNG will be used on Bologna suburban lines, where they will replace older diesel-powered vehicles.

LNG technology allow a potential reduction in CO2 emissions of around 20% and nearly neutralizes nitrogen oxide and particulate emissions. 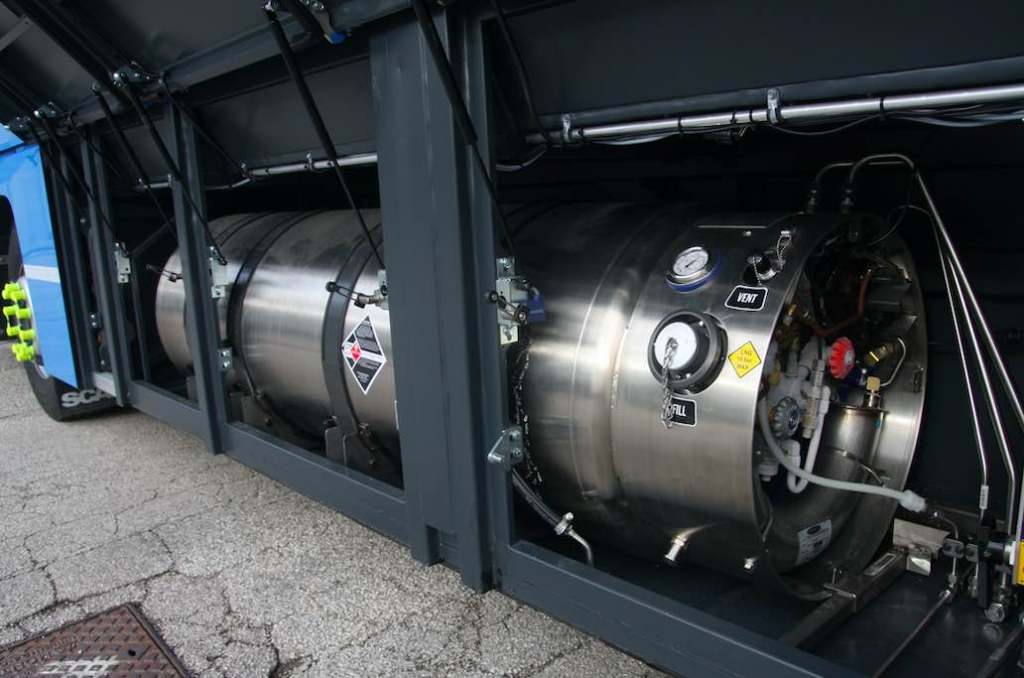 Gualtieri: “We are the first in Europe”

The President and CEO of TPER Giuseppina Gualtieri said: “These vehicles are the result of the first call for tender in Europe for buses powered by LNG: we are the forerunners in the use of an alternative fuel that extends the environmental benefits of methane even on the longest  connections”. She added: “Over the next three years we have planned to purchase a further 243 new buses of different types, for a total investment of over 76 million Euros”.

“We are proud to deliver these vehicles to LNG at Tper, a company that once again demonstrates its awareness to issues related to sustainability in the renewal of the bus fleet,” said Franco Fenoglio, President and CEO of Italscania.

“LNG is an extremely interesting solution for the Italian market, considering the quick development of the filling stations network” said Roberto Caldini, Director of Buses & Coaches division at Italscania. “More and more public transport companies are looking to LNG as an extremely attractive solution from an economic and environmental point of view. The excellent performance and range will undoubtedly contribute to increasing the spread of alternative fuel vehicles in suburban contexts”.

LNG to play a role also on the coach field

According to a study realized by IRU, the most efficient and convenient (besides technologically feasible) solution on the transition to lower impact drives of coaches will be LNG. Quoting the study, LNG is a mature technology in the truck sector, with an expanding supply network.

Scania is betting on it: the Swedish manufacturer launched the world’s first LNG coach at the last IAA Commercial Vehicles in Hanover. This fuel “is suitable to be used over long distances due to its high energy content and density“. 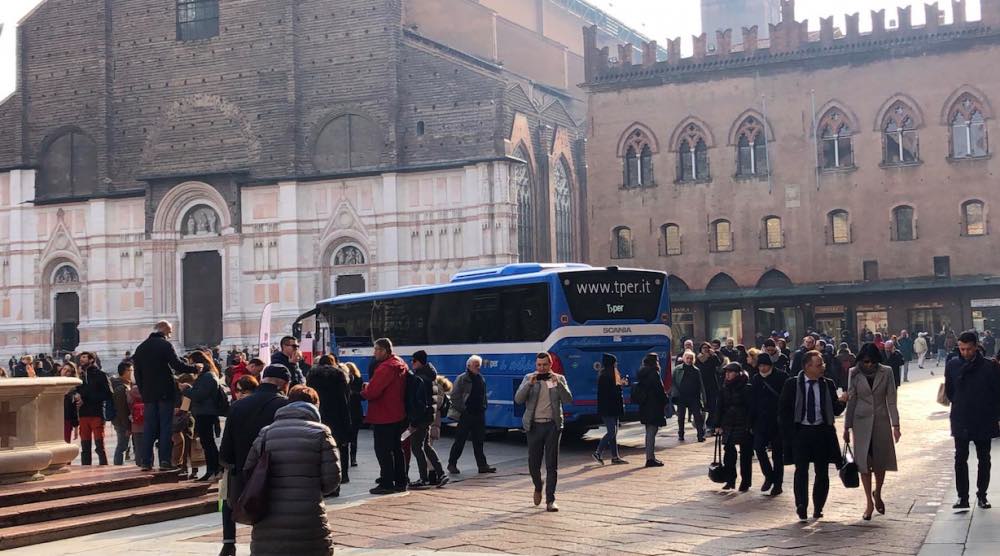