MZA Warsaw chooses Ekoenergetyka for the second time. The Polish capital city has ordered further 65 plug-in charging stations (plus 3 pantograph stations) from the domestic supplier Ekoenergetyka. 20 fast charging spots were already been contracted in the summer. 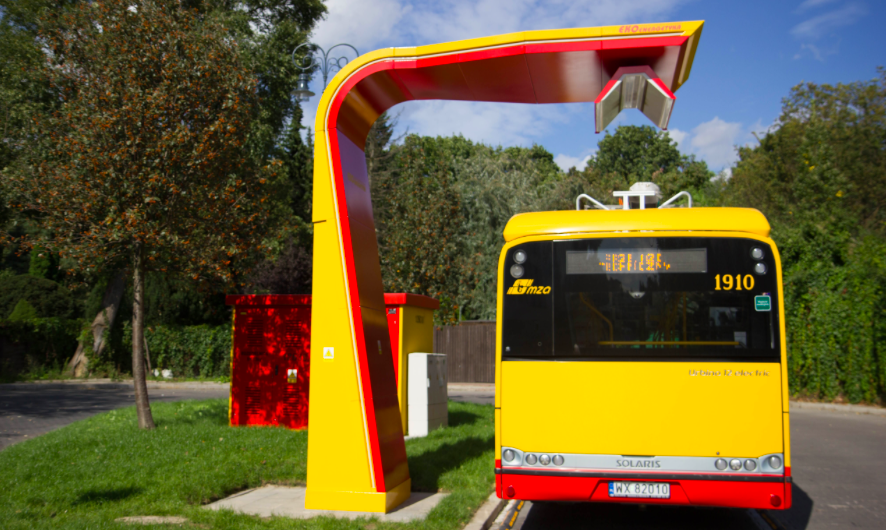 Back to this summer, Ekoenergetyka had already been awarded with a contract, that included 20 fast charging stations for electric buses, with a total capacity of almost 8 MW.

Warsaw and the transition to electric buses

The infrastructures purchased by MZA are part of a wider project, which involves the purchase of 130 electric articulated buses for the capital city (MZA went for Solaris). By the end of 2020, 160 electric buses and 145 low-emission gas vehicles (including the latest order for 54 CNG powered Urbino) will be driving on the streets of Warsaw.

«We are very pleased that Warsaw, like other European capitals, is entering the ‘eRevolutionary’ route and taking a comprehensive approach to reducing emissions. Soon the most representative section of the Royal Route will be free of exhaust fumes buses!  We are very happy to undertake another project for the capital city», says Maciej Wojeński, Vice-President of Ekoenergetyka-Polska.

Below, an article published on February 2023 issue of Sustainable Bus magazine, authored by featuring Claudius Jehle, CEO of volytica diagnostics GmbH (bio at the bottom) 2022 has seen the first major used electric bus transactions on European soil. The transaction of a fleet of ...
The dynamic simulation in vehicle design is an important virtual analysis and testing tool that has been supporting physical tests made in automotive industry for a long time now. In particular, the sector of urban bus design is a theme of great interest for research in the automotive world, both in...
After announcing it in October 2022 at the Autocar Expo show, Safra is set to unveil its first hydrogen retrofit kit during Hyvolution, scheduled for Paris Porte de Versailles Feb. 1 and 2.Announced last October at Autocar Expo, the company is now in the running for approval. The H2 retrofit kit pro...
Webasto, besides offering in-house developed battery system, is launching an Electrical Battery Thermal Management (eBTM). The system helps to maintain the ideal temperature range for traction batteries in vehicles like trucks, vans, buses, and construction machinery. By keeping the batteries within...