Another US airport gets electric bus. Two BYD K9M for Atlanta Hartsfield-Jackson

Another American airport takes the path to the electrification of the bus fleet. It’s the turn of Atlanta, where the airport Hartsfield-Jackson (ATL) received two BYD zero-emission buses.

The two BYD K9M 40-foot (12-meter) buses are part of the airport’s fleet of “terminal-to-terminal” shuttles used to transport passengers between the international and domestic terminals, and from the international terminal to the Rental Car Center.

Atlanta is one of three airports to purchase BYD buses. Kansas City International Airport has four 30-foot BYD battery-electric K7s (in the picture below), and BYD’s largest airport customer to date, Los Angeles World Airports, has ordered 20 of BYD’s 60-foot articulated K11Ms. In Europe, the choice for BYD has been made both by Schiphol and Brussels airport. 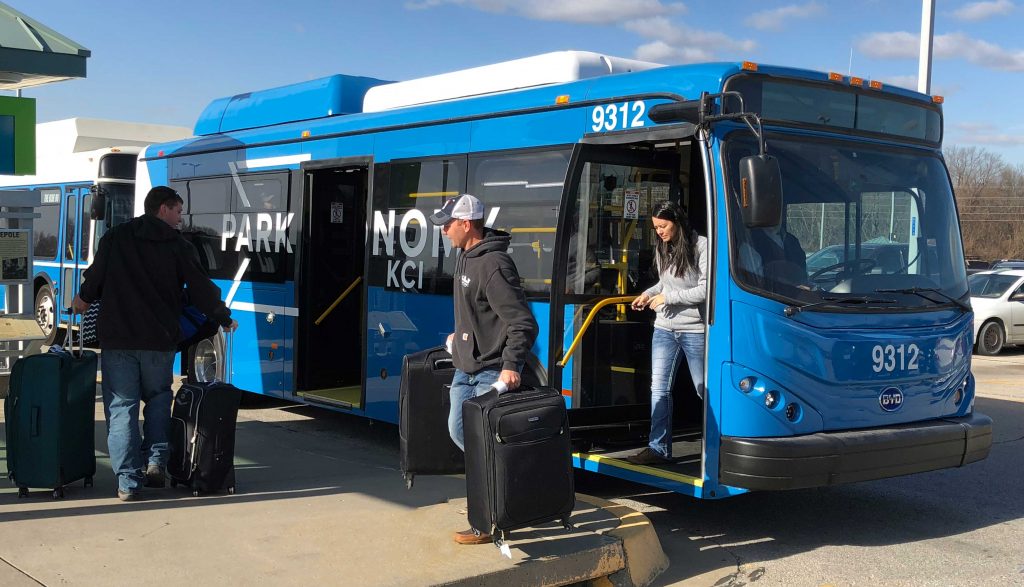 ATL is looking at more ways to incorporate sustainability through its GreeningATL program. Efforts include electrifying its fleet, providing electric vehicle charging stations for passengers as well as improving water efficiency in the terminals, and recently achieving the USGBC’s LEED for Communities Certification, BYD points out in a press release.

BYD’s K9M buses, the manufacturer highlights, carry 22 passengers and an amount of luggage compared to the previous vehicles they replaced, which only carried 14 passengers.

One electric bus as 27 cars off the road

The US Department of Transportation’s website states that every zero-emission bus eliminates approximately 1,690 tons of Co2 over 12 years, the lifetime of a transit bus. This is equivalent to taking 27 cars off the road. These buses also eliminate approximately 10 tons of nitrogen oxides and 350 pounds of diesel particulate matter.

The K9M, according to the manufacturer, has a range of up to 150 miles and charge in two to three hours. The buses were built at BYD’s Coach & Bus factory in Lancaster, California. BYD states that its zero-emission buses not only meet but also exceed Federal Transit Administration “Buy America” requirements, incorporating more than 70% U.S. content.

“We applaud Hartsfield-Jackson Atlanta International Airport and its bold objective of becoming the world’s greenest airport,” said BYD North America Vice President Patrick Duan. “With their defined routes, airport shuttles are a natural next step for transportation electrification. BYD is proud to be part of this greening of ATL.”