107 Solaris e-buses are preparing to join BVG Berlin’s fleet. The first vehicles has recently started operation, the operator states. To be specific, 90 12-meter and 17 18-meter vehicles are set to roll out. All the buses are to be delivered by the end of this year, according to schedule. Also 15 Mercedes eCitaro have been delivered.

The first articulated e-bus in Berlin

The first articulated electric bus has recently joined Germany’s largest city bus fleet. The delivery of 17 Solaris Urbino 18 Electric (order in March 2019) is part of the “E-MetroBus” project. The zero emission articulated vehicles will be in charge of all trips on Line 200 from summer. The Urbino 18 Electric for Berlin can accommodate 99 passengers.

BVG has joined forces with the TU Berlin and the Reiner Lemoine Institute to form a research partnership for the project. The investment amounts to around 16.74 million euros. BVG will cover the costs that would have been incurred for comparable diesel buses, BVG highlights. Within the framework of the Electromobility Directive, the project is being funded by the Federal Ministry of Transport and Digital Infrastructure with a total of 4.3 million euros. The remaining additional costs are borne by the State of Berlin.

For the first time in Berlin, the new vehicles will be charged within minutes by pantograph at the terminal stops. The rapid charging columns required for this are supplied by Siemens. The first one on Hertzallee already went on line at the end of last week.

Articulated buses are the backbone of Berlin public transport

Regine Günther, Senator for Environment, Transport and Climate Protection, commented: “The first E-articulated buses are another milestone for climate protection and the modernization of BVG. More and more buses with innovative electric drives are replacing the old diesel vehicles. This makes mobility cleaner, quieter and more environmentally friendly. All this is good for Berlin.”

Rolf Erfurt, BVG board member for operations, says: “This project is groundbreaking for electric mobility in Berlin. Articulated buses are the backbone of our bus fleet and we are very happy to be able to test them in the electrically powered version as well. We will also see how well charging works at the terminals of the high-frequency line 200″. 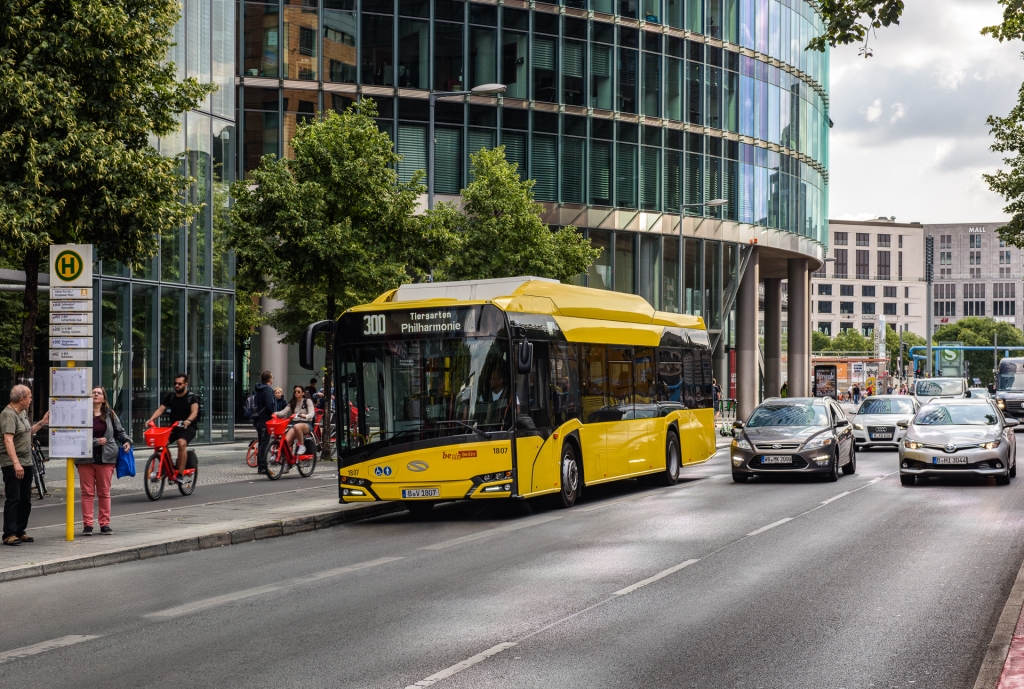 90 12-meter to come. With zero emissions

The first 30 12-meter e-buses belonging to the new batch will arrive in Berlin shortly, BVG points out. 60 more buses will follow from the beginning of August until the end of the year. Together with the e-buses delivered last year (Solaris and Mercedes) and one vehicle from the Mobility2Grid research campus, the fleet will then include no less than 121 electrically powered buses. By using these vehicles, BVG will save around 8,000 tonnes of CO2 emissions per year, according to the carrier’s calculations. All the electrically driven buses will find their new home at the Indira-Gandhi-Straße depot. BVG is adding a further 83 charging points to its 30 charging stations. The supplier? Ekoenergetyka.

A new depot for e-buses is being built in Berlin

Apart from the city centre, the BVG’s electric buses will soon be part of the cityscape in Hohenschönhausen, Pankow, Niederschönhausen, Friedrichsfelde and Wilhelmsruh.

As reported on the Berliner Morgenpost in March, a new depot specialized for electric buses is being built near the Rummelsburger Landstraße. According to schedule, is will be ready in 2023 and will accomodate some 270 e-buses. The new depot, split in two areas, will cover 6.6 hectares. The project is called Betriebshofverbund Süd-Ost.

The cost of the 90 new vehicles, including the necessary charging infrastructure, is estimated at around 61 million euros, says BVG. The operator is planning to procure a total of up to 210 electrically driven buses during the ramp-up phase.

This project is being funded by the Federal Ministry for the Environment, Nature Conservation and Nuclear Safety with up to 35 million euros and by the Federal Ministry of Transport and Digital Infrastructure with up to 12.7 million euros. Therefore, BVG will bear the costs that would have been incurred for comparable diesel-powered buses. The remaining additional costs are borne by the State of Berlin. 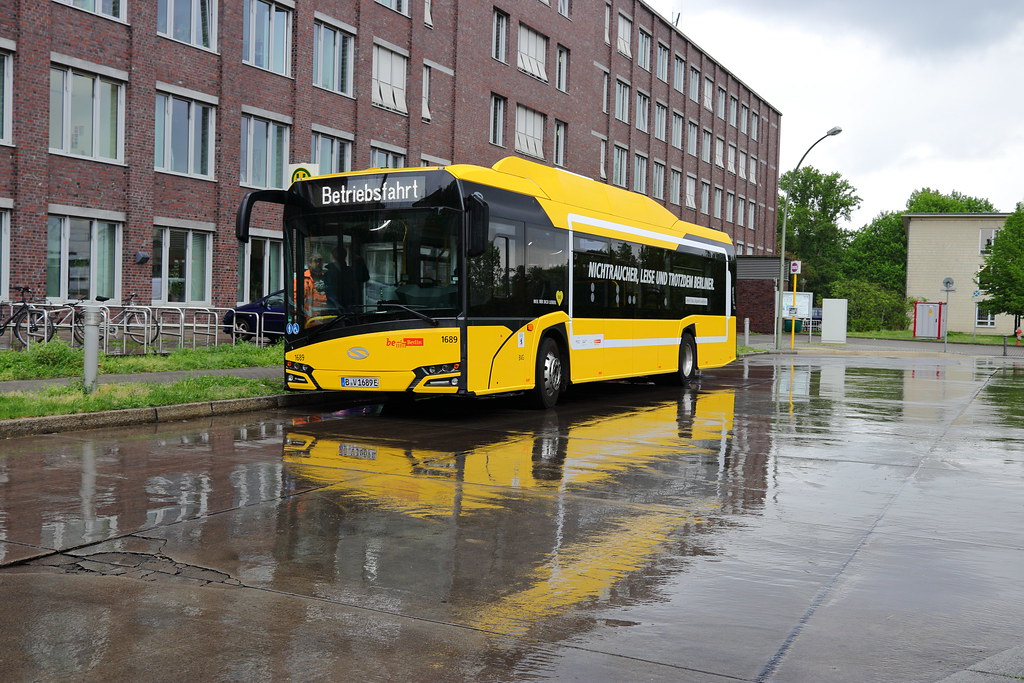