Solaris e-bus fleet in Cracow gets a further boost as MPK has ordered today 50 Solaris Urbino 18 electric buses. These new vehicles will expand the existing fleet of 400 Solaris buses of varying configurations, including 28 electric buses. The number of Polish-made zero emission buses will then grow to reach 78 electric bus units. 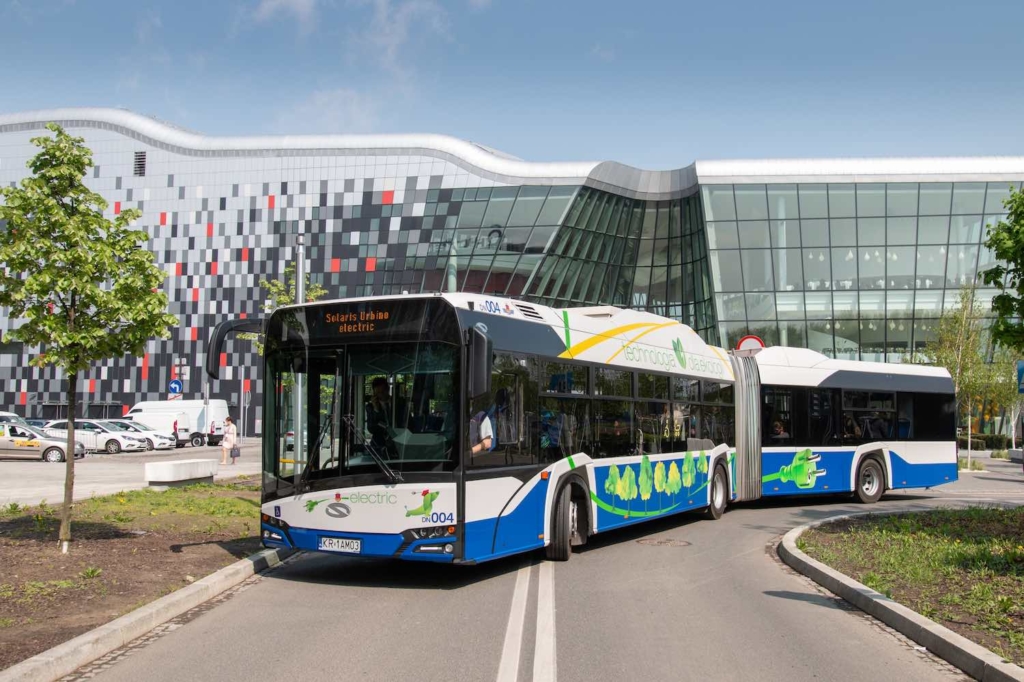 50 e-buses and 50 plug-in chargers for Cracow

MPK Cracow (Miejskie Przedsiębiorstwo Komunikacyjne S.A) has commissioned today, 25 May 2020, an order for 50 articulated electric buses as well as 50 plug-in charging devices, suitable for each of the new buses. The vehicles shall be supplied to Cracow within a year from the contract signing. The contract value amounts to PLN 165,435,000 (around 36 million euros).

E-buses in Cracow with the latest battery

The electric buses supplied to Cracow by Solaris will be propelled by electric axles with integrated electric motors by ZF (which has just announced that the central electric motor CeTrax will soon begin series production). The design of the articulated buses will be adapted to two recharging modes: by means of a 4-pole roof-mounted pantograph placed above the first vehicle axis; or using a plug-in charger. Meanwhile energy will be stored in high density Solaris High Energy+ batteries, which represent the latest development of the Polish manufacturer with regards to battery technology.

The electric articulated buses will be able to carry 141 passengers at a time, of whom 43 will be able to travel seated. The latest buses for Cracow will feature a monitoring system, a passenger information system, air-conditioning, USB charging ports and an electric heating system. Wheelchair-bound persons will be able to take advantage of platforms facilitating boarding and alighting of the bus. The ramps will be installed at the second door. 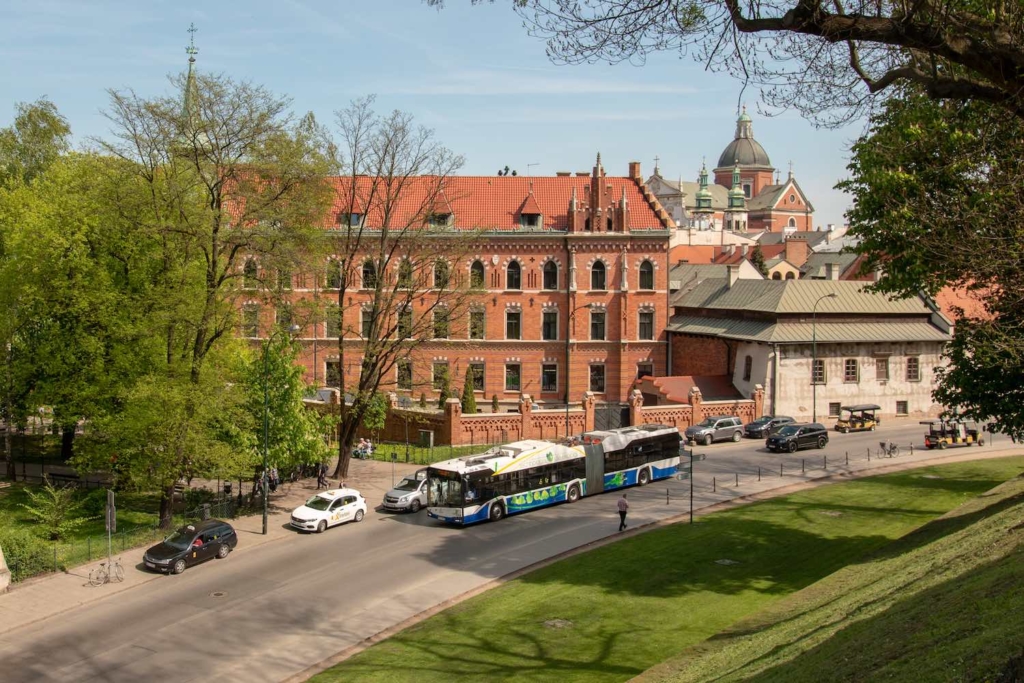 A new contract for Solaris e-buses in Cracow

“We perceive the decision to buy 50 more electric buses of Solaris as confirmation of the positive experience the operator has had using Solaris electric vehicles; experience resulting not only from the high quality of the vehicles as such but also from the professionally designed maintenance service. We are proud that we have a real impact on the improvement of air quality in Cracow,” says Petros Spinaris, Deputy CEO of Solaris Bus & Coach, in charge of Sales, Marketing and Customer Service.

“Cracow has taken the fifth place in the contest “Green capital of Europe 2022”. One of the factors taken into consideration in that competition was ecological transport and its meaning for the environment. The new buses will service four bus lines running through the Three Bards’ Avenues (Juliusz Słowacki Avenue, Adam Mickiewicz Avenue, Zygmunt Krasiński Avenue), that is in a region of the city where the air pollution limits are exceeded the most,” stated Cracow mayor Jacek Majchrowski.

The purchase of 50 articulated electric buses for Cracow has made it onto the list of projects selected for European Union subsidising.  “We have been awarded ca. 110 million PLN in subsidies for the purchase of those vehicles. So this is an opportunity for us, by involving relatively small own funds, to obtain zero-emission buses for the residents of Cracow,” commented Rafał Świerczyński, CEO of MPK S.A. in Cracow.