The contract for 130 articulated Solaris electric buses in Warsaw has been one of the main e-bus deal awarded in Europe in 2019. And it is becoming operational. The first Solaris Urbino 18 Electric started operation on line 503. And deliveries will be completed by the end of 2020, stated Solaris CEO Javier Calleja.

In line with the agenda of MZA, by 2022 one third of the bus fleet in Warsaw will be made up of vehicles with alternative propulsion systems: electric, hybrid or gas. 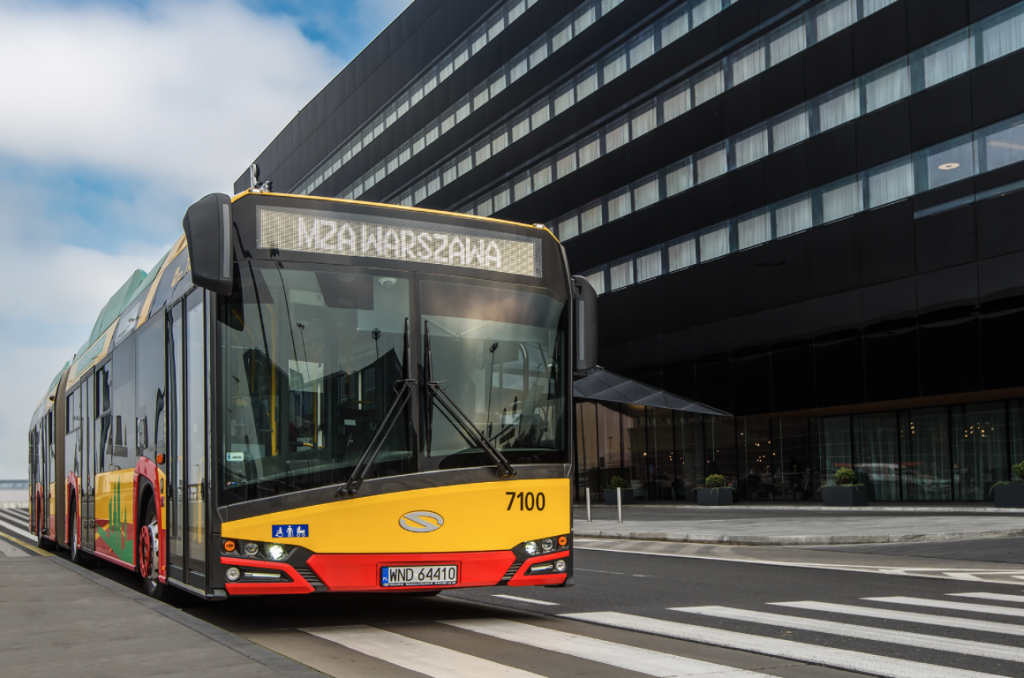 Pantograph charging for the electric buses in Warsaw

Each of the 130 articulated, electric Urbino can carry 133 passengers. The vehicles are equipped with 150 kWh Solaris High Power batteries and roof-pantograph quick charging is put in place.

They boast a high power density, which means they can be charged really fast using high current. Similar battery solutions have been implemented by the Polish producer in electric buses operating in Brussels and in Barcelona, among others.

The batteries will be recharged by means of plug-in depot charging stations and by means of pantographs. Each articulated electric bus for Warsaw features two charging sockets: one above the right wheel arch and the other placed behind the last door, whereas the pantograph is mounted on the roof.

The contract for 130 electric buses for Warsaw is one of the largest so far in Europe. The investment is of PLN 399 590 100.00 (some 94 million euros), and is co-finance with around 42 million euros of European funds. Polish company Ekoenergetyka will be responsible of the charging infrastructure. In November 2019 the Polish capital city has ordered further 65 plug-in charging stations (plus 3 pantograph stations). 20 fast charging spots were already been contracted in the summer.

MZA is Solaris biggest client to-date. The cooperation between the Bolechowo-based manufacturer and MZA in Warsaw dates back to 1997. Over the course of 24 years, the bus maker has supplied to Warsaw over 1,100 vehicles, including 21 electrically propelled ones. In line with the agenda of MZA, by 2022 one third of the bus fleet in Warsaw will be made up of vehicles with alternative propulsion systems: electric, hybrid or gas.

“This is a huge step for the citizens of Warsaw towards improving the air quality in the capital city. It is also an excellent example of modern city transport management and of the transition towards sustainable urban transport,” assures Javier Calleja, CEO of Solaris Bus & Coach S.A. “Residents of Warsaw will be able to benefit from the inclusion of all 130 electric vehicles in the fleet of Warsaw bus operator MZA by the end of this year”.

“The purchase of 130 articulated electric buses made by Solaris is a big event for us. Thanks to this and to our other investments in the fleet we will soon be able to boast nearly 500 low- and zero emission vehicles. This is one of the best results Europe-wide and great news for Warsaw residents“, says Jan Kuźmiński, CEO of the municipal bus operator Miejskie Zakłady Autobusowe Sp. z o.o.