Time for electric school buses in Poland. 3 vehicles sold by Solaris so far under national programme

It’s time for electric school buses in Poland. Another vehicle has been delivered to its destination by Solaris. For a few days now, the commune of Gręboszów has boasted an innovative Solaris Urbino 12 electric bus adjusted to transport pupils and students both on urban and local routes. The purchase of the eco-friendly vehicle has been subsidised by the NFOŚiGW (the National Fund for Environmental Protection and Water Management) as part of the “Kangaroo: A Safe and Environmentally Friendly Way to School” programme, the bus producer points out.

The first school bus of that type already runs on the roads of the commune of Godzianów, whereas the third electric school bus to be ordered from the manufacturer will be delivered at the end of 2020 to the commune of Bielany.

Going westward, transition to electric school bus fleet is high in agenda of president elect Joe Biden in the US, where the consulting firm Interact Analysis forecasts 27,000 units to be built in ten years, according to a newly released report. 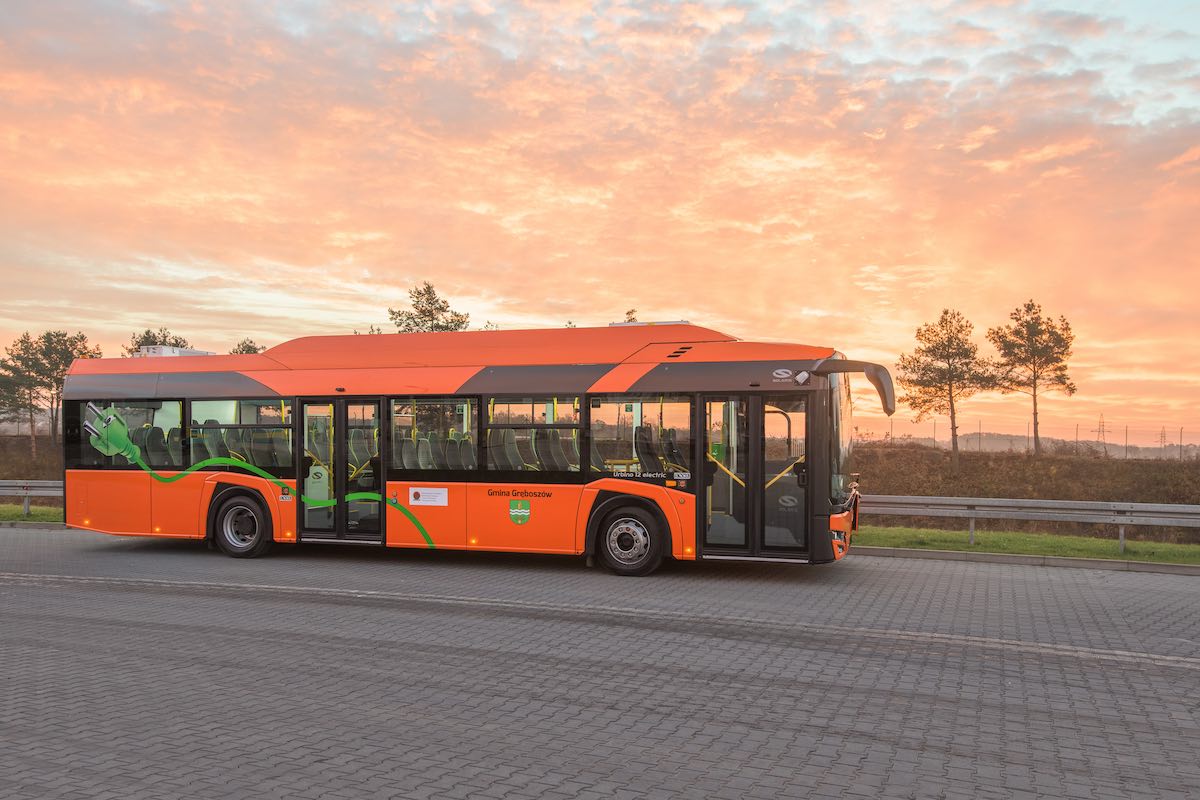 The “Kangaroo” programme is a fund established under the aegis of the Green Investment Scheme, which provides numerous Polish cities and towns with funding to purchase electric school buses. This financial support was also granted to the commune of Gręboszów, where Solaris delivered an electric school bus a few days ago. This is the second vehicle of that type in Poland and one of very few e-buses of that class to be seen on European roads.

The orange Urbino 12 electric features signage placed at the front and rear of the vehicle informing other road users that children are on board. Passengers are able to enter the bus through two entrances, arranged in a 2-2-0 layout, and which sound an acoustic signal when opened. What is more, orange beacon lights, which turn on automatically when the bus doors open, are mounted on the roof, on the rear section. There are 41 seats on board the vehicle and all of them feature safety belts. 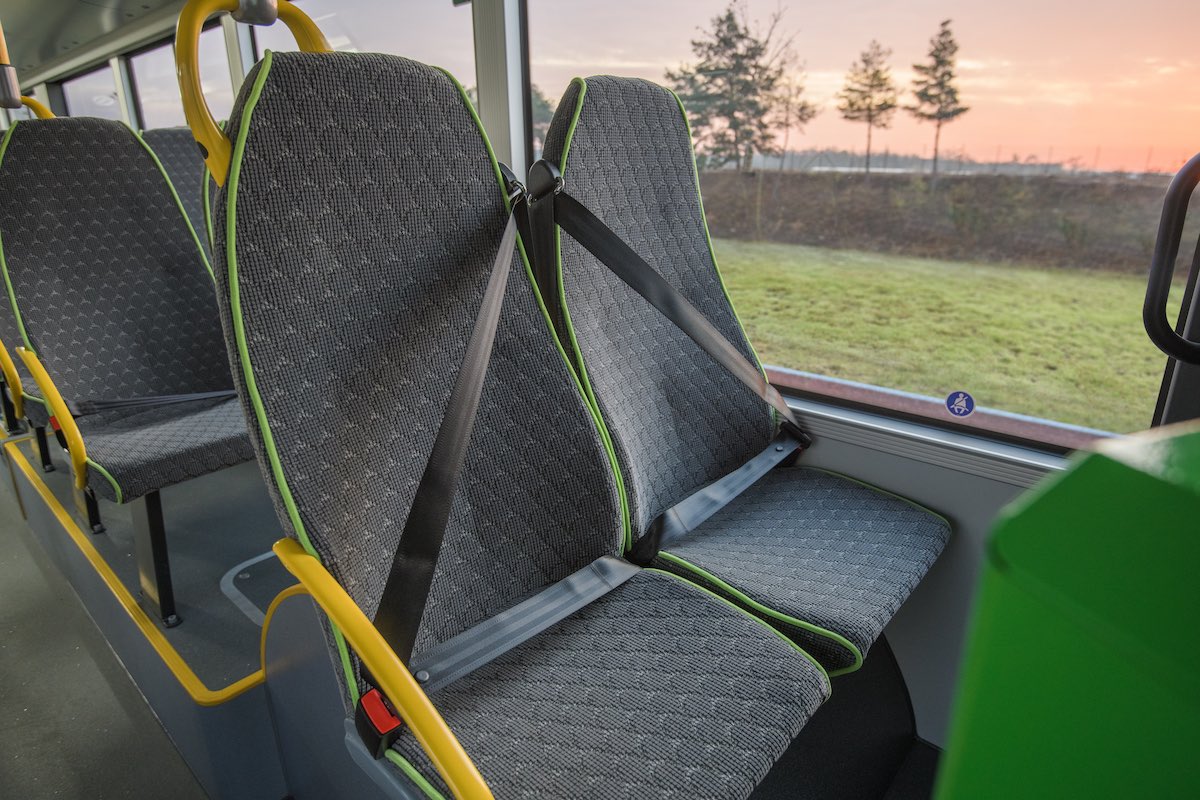 The bus is fully adapted to transport disabled persons. Solaris explains that the vehicle features an area fitted with a strap system for them, and a ramp to facilitate entry installed at the second door. Pupils and students are able to recharge their electric devices using dual USB ports placed on the side walls of the bus. Moreover, travel comfort is ensured by air-conditioning with a potentiometer that enables the manual programming of the temperature in the passenger compartment and the driver’s cabin. In order to ensure passengers’ safety, the electric school bus is equipped with a CCTV system and it is able to make voice announcements inside and outside of the vehicle. An automatic hand sanitiser dispenser has also been mounted on board.

Solaris: here it comes the electric school bus for Poland

Thanks to its electric drive, the vehicle will not release any noxious exhaust fumes into the atmosphere. The school e-bus is fitted with Solaris High Energy+ batteries boasting a total capacity of nearly 240 kWh and driven by ZF electric axle with two integrated electric motors of 125 kW each. The bus will be charged using a mobile charger of 40 kW which forms part of the order. 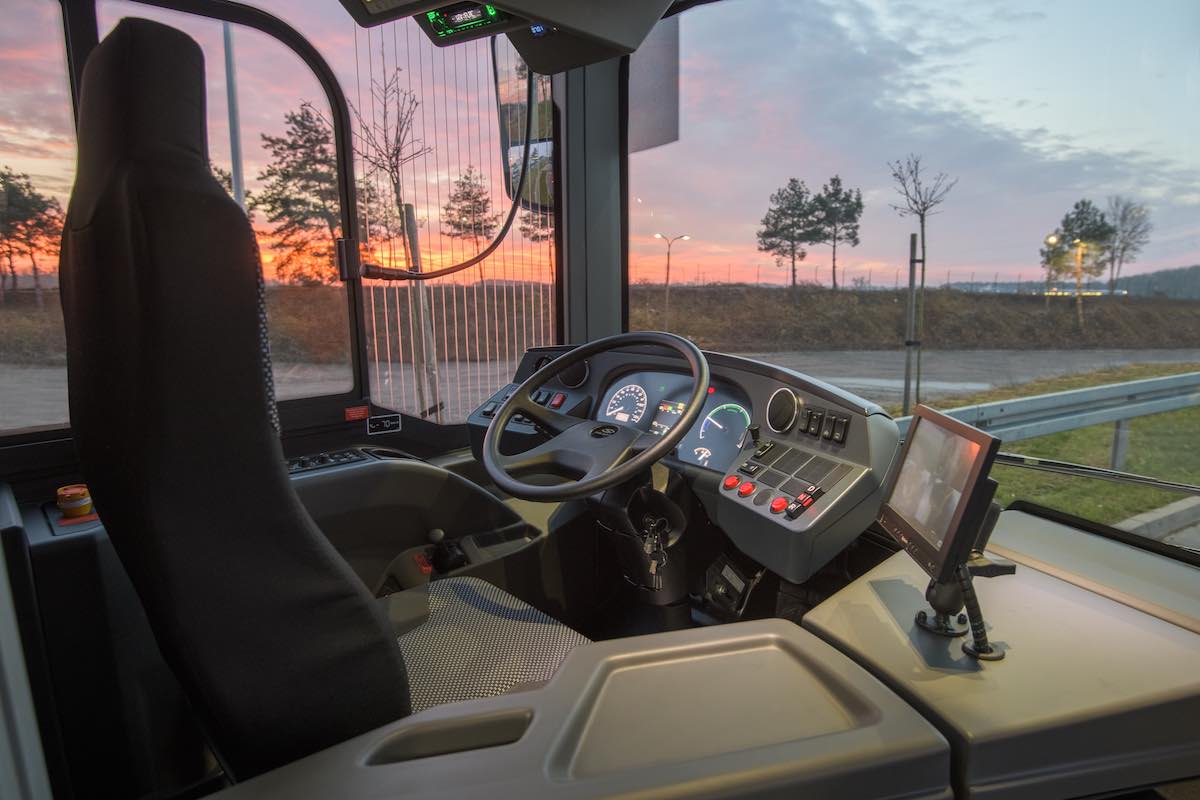 Solaris is one of the leading e-bus producers in Europe. At the moment, its order volume comprises nearly 1000 emission-free vehicles that have already been bought by cities in 18 countries, the producer highlights. Financial support from the NFOŚiGW for the purchase of brand-new electric school buses in Poland has been provided to four communes. Three of them have opted for an emission-free bus made by Solaris. The school bus procured by the commune of Gręboszów is the second electric vehicle adapted to the needs of school children and youngsters delivered by the producer. 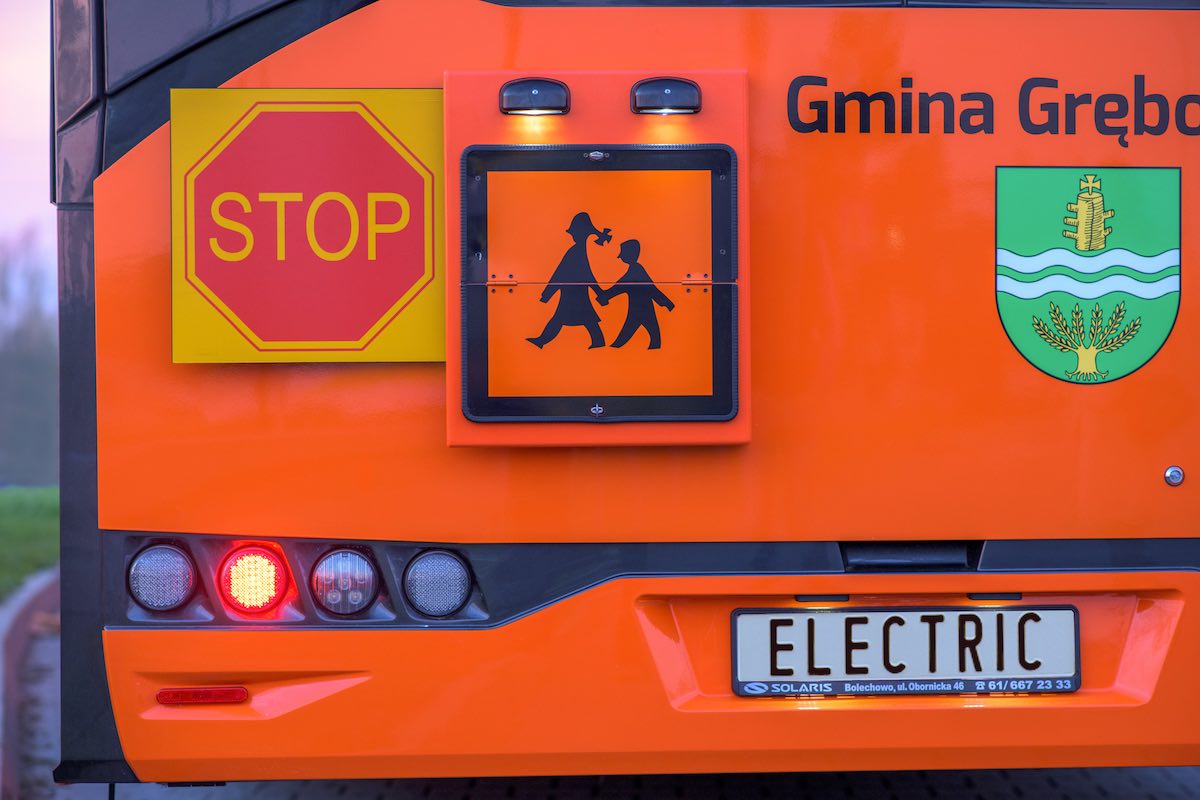