PKM will bring to 15 the number of electric buses operating in the Polish city of Katowice. Representatives of local transport operator Przedsiębiorstwo Komunikacji Miejskiej (PKM) in Katowice and Solaris Bus & Coach S.A. signed on Monday a contract for the delivery of five e-buses Solaris Urbino 12 electric. Therefore the 10 electric buses already commissioned by the capital of Silesia will be joined by another set of environmentally friendly vehicles.

The new vehicles are equipped with the latest released Solaris High Energy +, boasting a total capacity of 237 kWh.

There are already two Urbino 8,9 LE electric in use in Katowice, but they are not used for public transport purposes. They are blood collection buses commissioned by the Regional Blood Donation and Blood Treatment Center. 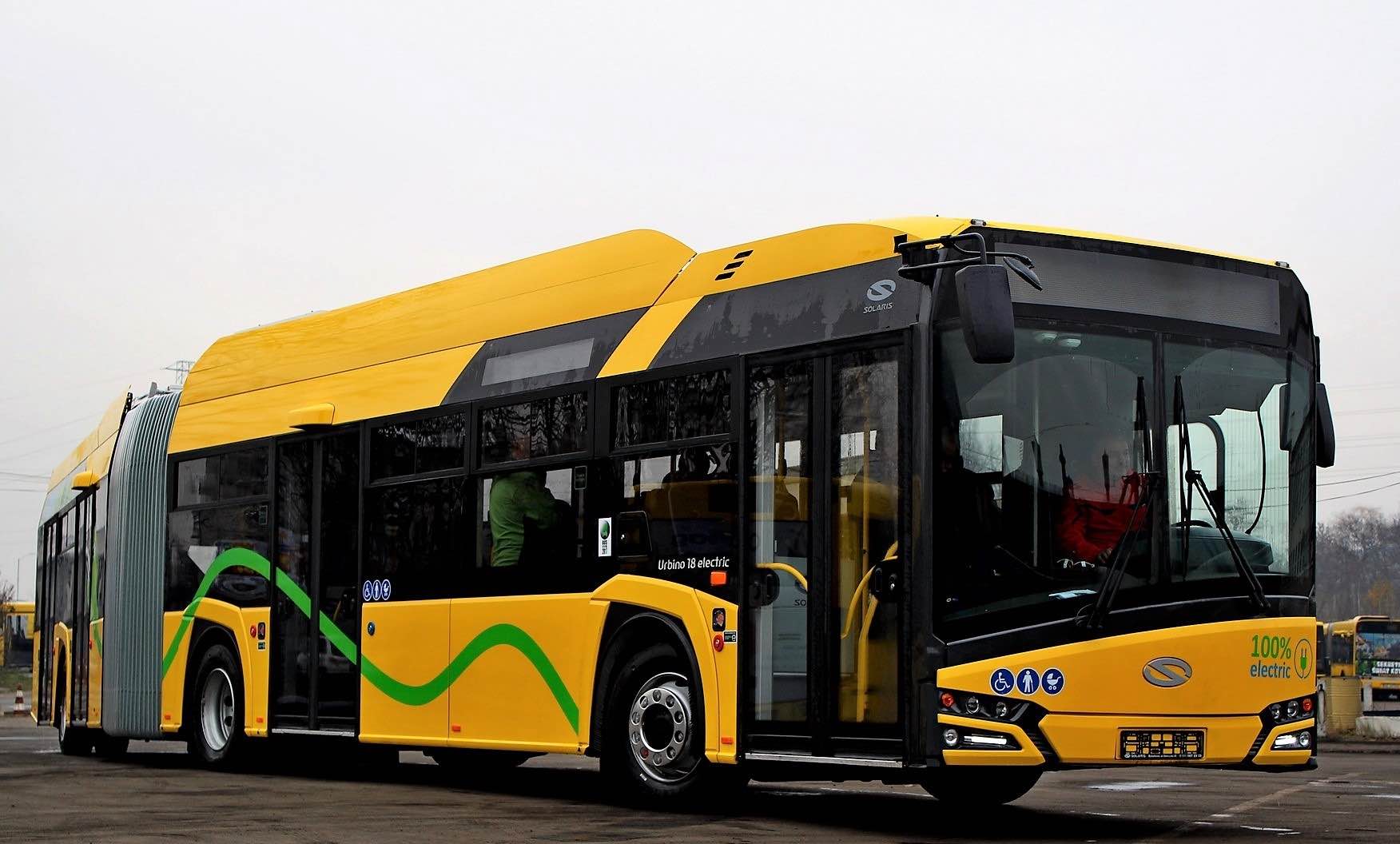 At the beginning of the year, Solaris supplied five articulated Urbino 18 electric buses to the PKM operator.  In a few weeks, 5 twelve-meter electric buses shall be delivered, Solaris points out. Meanwhile, on Monday, the parties signed a contract for another five electric Urbino 12 electric to be supplied in the second quarter of 2021. The value of the contract amounts to PLN 12.4 million (ca. 3,1 million EUR). Apart from the vehicles as such, Solaris is to provide also five stationary plug-in charging devices.

The electric buses for PKM Katowice will be driven by a 160 kW central traction motor provided from TSA (recently taken over by Voith and PCS). The energy needed to propel the vehicles will be stored in a set of batteries of the latest generation – Solaris High Energy +, boasting a total capacity of 237 kWh.

They will be recharged using a plug-in connector and a so-called inverted pantograph –  power collectors will be installed on the roof of vehicles, to which the pantograph, permanently mounted on the mast of the stationary charger, will be lowered for the duration of the recharging process.

The buses will carry at least 80 passengers at a time, 26 of them will be provided seats. The 2+2+2 door layout of the buses facilitates the efficient exchange of passengers. The interior of the vehicles has been designed with the purpose to ensure a high level of safety and comfort. The equipment of Urbino 12 electric ordered by PKM Katowice will include, among others: efficient air conditioning, an extensive passenger information system and CCTV, including passenger compartment cameras and a reversing camera.  A separate camera has been placed in the driver’s cabin. The equipment will be complemented by a set of ŚKUP devices (Silesian Public Service Card), enabling the purchase of a ticket in a vehicle among others, and USB chargers, which allow passengers to charge their mobile devices.