Electric buses towards the debut in Poznań (Poland). The city will enjoy the benefit of 21 electric buses running in the city, with photovoltaic cell system on the roof. The municipal operator MPK and Solaris Bus & Coach today (14th December) have signed a contract for the delivery of the vehicles (15 articulated and 6 standard length).

The whole order is to be completed by the end of February 2020. Total contract value is over 16 million euros. 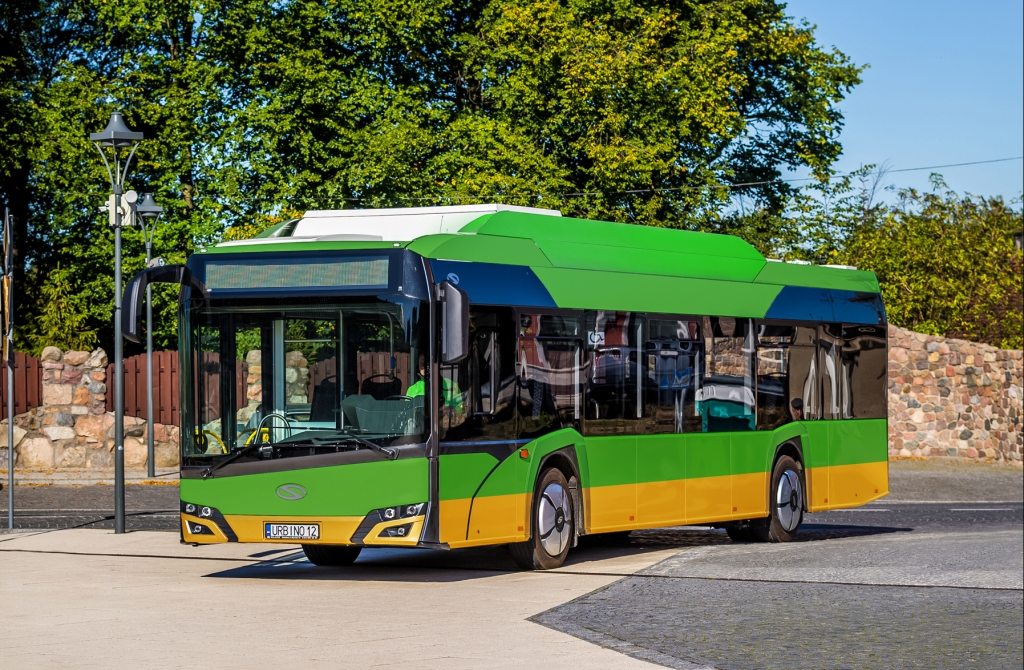 The first electric buses for Poznań

The electric buses for Poznan will be moved by AxTrax electric axle by ZF and equipped with Solaris High Power batteries and will be suited for both pantograph and plug-in recharging. What is more, Solaris ebuses will feature a range of ultra-modern enhancements for passengers and drivers alike.

These are the first buses with electric drives chosen by the capital of the Greater Poland province, and in doing so the city is following the trend of European cities switching to electromobility through the deployment of electric bus models.

A few days ago 5 Solaris Urbino 12 Electric were delivered in Frankfurt. And the company also recently made its electric debut in Baltic countries. So far Solaris has supplied over 100 battery buses to buyers in Poland, and almost 90 more such buses have been commissioned.

Poznań is yet another city that has decided in favour of high power pantograph recharging for bus batteries. Such a solution has been successfully applied in Warsaw, Jaworzno and Cracow.

Plug-in sockets on both sides for the electric buses

In the case of the 12-metre Urbino electric buses for Pozanan, the batteries will boast a capacity of 116 kWh, for the articulated ones the capacity will be 174 kWh. Energy storage will be adapted to fast and frequent recharging using high charging power. The electric buses will be suited for recharging by means of a roof-mounted pantograph and a classic plug-in device. The models supplied to Poznań, Solaris points out, will have plug-in charging sockets on both sides of the bus, which will ease recharging of several vehicles simultaneously.

Up to 560 kW through the pantograph

The Urbino electric buses heading to Poznań will be recharged at three sites. Two completely new pantograph charging stations are to be set up at two bus terminals: one at the terminal Garbary, where one charging post including a plug-in charger will be available, and another one at the bus terminal near the Osiedle Sobieski estate. At the latter site, two double-stand pantograph charging stations will be built, enabling the simultaneous recharging of 4 vehicles.

The pantograph boasts a power of up to 560 kW. MPK has also decided to equip the bus depot at Warszawska street with an overnight plug-in recharging station. 10 double-stand stationary devices and three mobile charging stations will make it possible for the operator to concurrently recharge over 20 electric buses.

Many features on the electric buses for Poznan

In order to reduce the energy usage of the bus, the manufacturer will install a photovoltaic cell system on the vehicle roof, a first time for the capital of Greater Poland.

The bus design will also feature LED lighting inside and outside of the vehicle. Passengers of the Poznań operator MPK will find onboard of each Urbino practical solutions already known from elsewhere, such as USB ports embedded in the vehicle railings or door-opening and stop buttons with markings in Braille.

The Solaris buses will be adapted to needs of disabled persons and passengers travelling with prams. The passenger compartment will be air-conditioned and fitted with a passenger information system. Safety in the Urbino will be ensured by a CCTV system. Another feature designed for MPK is a passenger counting system. For extreme cold, the electric heating system will be supported by an auxiliary diesel heating. 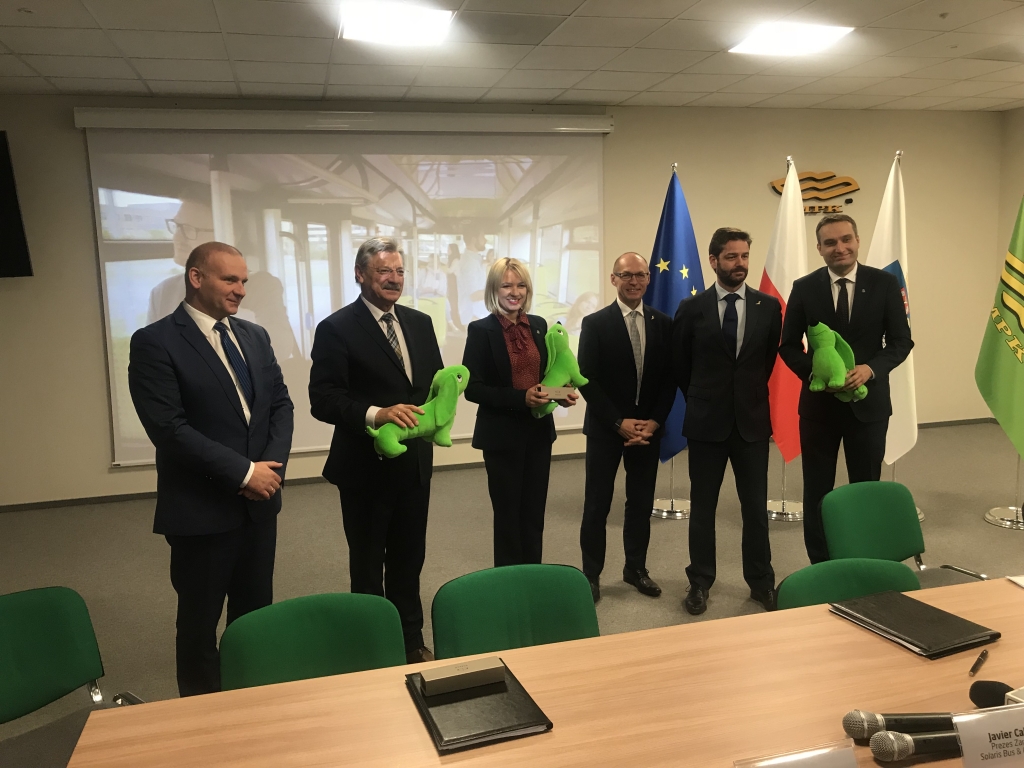