Nearly 60% of surveyed UK transport users are willing to embrace full electric bus network. It’s the result of a new survey commissioned by Volvo Buses. Getting public support for the implementation of greener transport policies continues to divide public opinion. Concerns with air quality continue to grow, with more than half those surveyed fully supporting a move to more greener transport options such as electric buses. 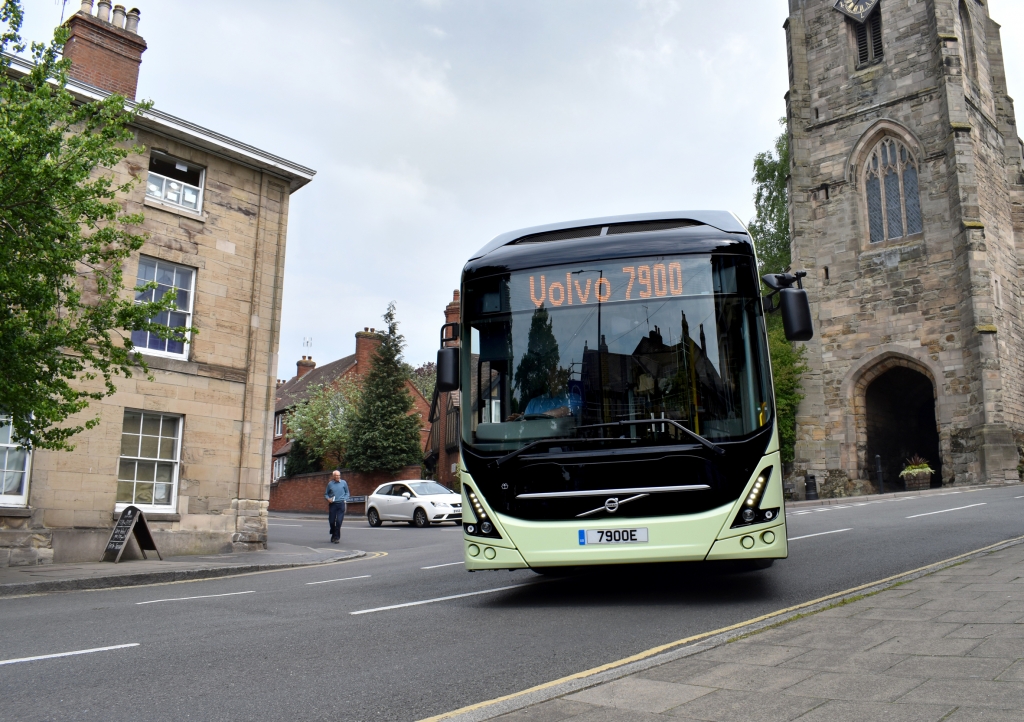 Over 1,000 British investigated by the survey

The research examined the public’s view on the future of urban transportation, electric buses, and air quality at a time of dangerously high pollution levels due to the hot weather. Respondents included car drivers, bus, train and taxi users, motorcyclists, cyclists and pedestrians, of all ages above the age of 16, and from across the UK. The research was conducted by Censuswide for Volvo Buses, with 1,034 UK General Respondents during June 2018.

Some figures from Volvo Buses survey

Here some interesting figures from the survey:

A love affair with cars…

When considering greener transport choices now and in the future, Volvo Buses reports in a press release, the results show that the British public’s love affair with the car continues, with 47% of respondents stating it is their most often used mode of transportation, followed by bus travel, where 20% use it most often. When it comes to generational choices, 60% of Britons aged 55 and above use the car most often and 18% use the bus, compared to 28% of 16 to 24 year-olds using a car and 27% using a bus.

…expected to last in the future

When asked about what their transport choice is likely to be in 15 years’ time, 61% of respondents aged 16 to 24 years old see themselves using their own car most often, compared with 40% of those aged 55 and over. Although millennials may now have access to a greater choice of transport services, such as on-demand options, the car looks set to be predominant in the short term while real alternatives such as electric buses gain traction around the world.

However, more cars mean more congestion. When it comes to the recent addition of on-demand app-based taxi services such as Uber, 44% of respondents would rather choose a bus as it is cheaper than an app-based taxi service. However, only 9% would prefer a bus for its speed of transit, highlighting the need for authorities to support the prioritisation of mass public transport for time-poor commuters.

British would take buses if…

According to respondents, the top five reasons, apart from fare prices, which would make them take buses more often, are:

“People often have a perception of what a bus service can be, when comparing it to, and choosing their transport options. The reality is, a quieter, electric bus network allows people to have bus stops closer to their homes and where they need to go, as with no emissions and reduced noise pollution, there are few restrictions on where they can be. At the same time, less emissions, means more buses can be on the streets, speeding up frequency and journey times,” said Håkan Agnevall, President Volvo Buses.

Wifi and charging points are important

In addition, over half of respondents agree that if bus stations were redeveloped into urban meeting points, with food outlets, bars and green public spaces, it would make bus travel even more appealing. The services have a key role to play too. 34% want wi-fi and charging points on services, and a fifth wants dedicated bus information on an app telling them when their next service is arriving. 33% of respondents want direct travel from their location to where they want to go, similar to a taxi, while 30% say the challenge of changing a city’s infrastructure to accommodate electric buses may be a challenge for its wider adoption. Such requirements can only be resolved when the industry and transport authorities work together to increase electric buses on UK streets.

The bus service of the future

Håkan Agnevall commented: “The survey indicates that cars and taxi services continue to top people’s transport of choice in urban centres. However, the more people we have travelling individually in vehicles, the more congested our streets are going to become, even if these vehicles are electric. This slows down journeys for all. At the same time, congestion from a growing number of non-electric cars increases the air quality hazard. We need to move people onto options, such as buses, that can carry increased numbers of people around our busy streets. To do this, we need to visualise and create the bus service of the future – a new reality, which changes people’s perceptions. Environmentally appealing services that provide the transport solution people need. If our bus services looked like this, then getting people to choose the electric bus could reduce congestion and improve air quality in our cities.”

The challenges? Air quality and congestion

Commenting on the findings, Marie Carlsson, Director Business Solutions at Volvo Buses said: “As an industry working with city officials, we need to design bus services that appeal to users and meet their needs. In the future, that could mean buses as interconnected pods, possibly with a driver or not, with all those in one pod going to one destination, while another pod disconnects and goes in another direction. The size of the bus can depend on the demand; larger buses will complement small ones. Each pod holds a certain number of people. Bus stops could become citizen hubs, making them attractive places to go for socialising and connecting with other human beings. We need to show buses to be more than just mobility services if we are to move people away from cars and reduce the air pollution in our cities.”