Volvo Buses has been the first manufacturer to stop the production and commercialization of dieseI buses for European market, at the moment of the entrance into force of Euro VI standard.

We met the president of Volvo Buses Håkan Agnevall at IAA 2018, where the company received the Sustainable Bus Award 2019 for the new coach 9900, that even being diesel fuelled, it’s «the result of a brand new project – so jurors wrote in the motivation -. Comfort level has been highly increased, Cx has been reduced, Volvo Dynamic Steering remains a key feature for its positive impact on driver’s physical conditions, enhancing passengers’ safety. Volvo Zone Management ensures that the coach comply with restrictions and specific requirements depending on geographical position».

After all, the prize is based on a cross-cutting idea of sustainability, «intended as the ability to establish a positive image of the vehicle to the eyes of the general public, and so increasing the appeal of collective passenger transport. A necessary step to achieve a more sustainable environment by reducing the use of private passenger cars, limiting pollution and traffic congestion». 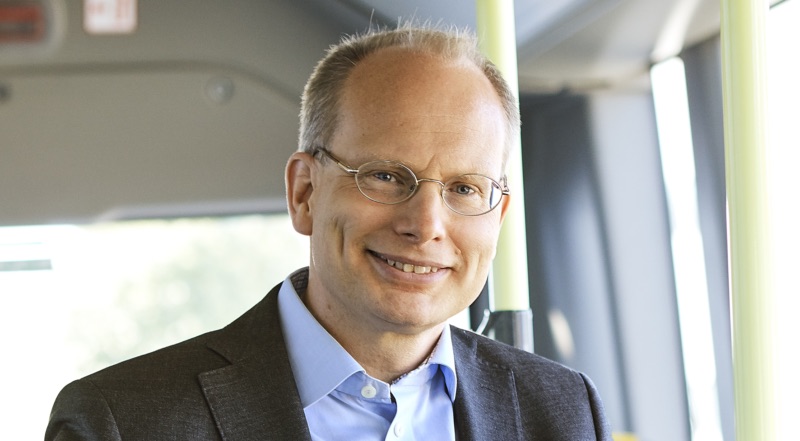 So, Mr. Agnevall, what does sustainability mean for Volvo Buses, for urban buses and coaches?

«Sustainability has many meanings: we can mention financial, environmental, social sustainability. They have to be balanced. This times are very challenging, because many things are happening and we are seeing important technological developments. Looking at the future, we need to find how to use technology to create sustainble solutions. it’s important to create the right mix. One solution can’t be good for everything. We are very much promoting electromobility, and we think that it is the right solution for certain applications. But I don’t think that today we should electrify all applications. City buses should be electrified, we are investing a lot in it. Regarding other platforms, like coaches, the technology is not ready»

In ‘coach’ field, to date diesel remains the only choice. Another Swedish manufacturer, Scania, is launching a LNG coach. Volvo has never bet on gas… why? 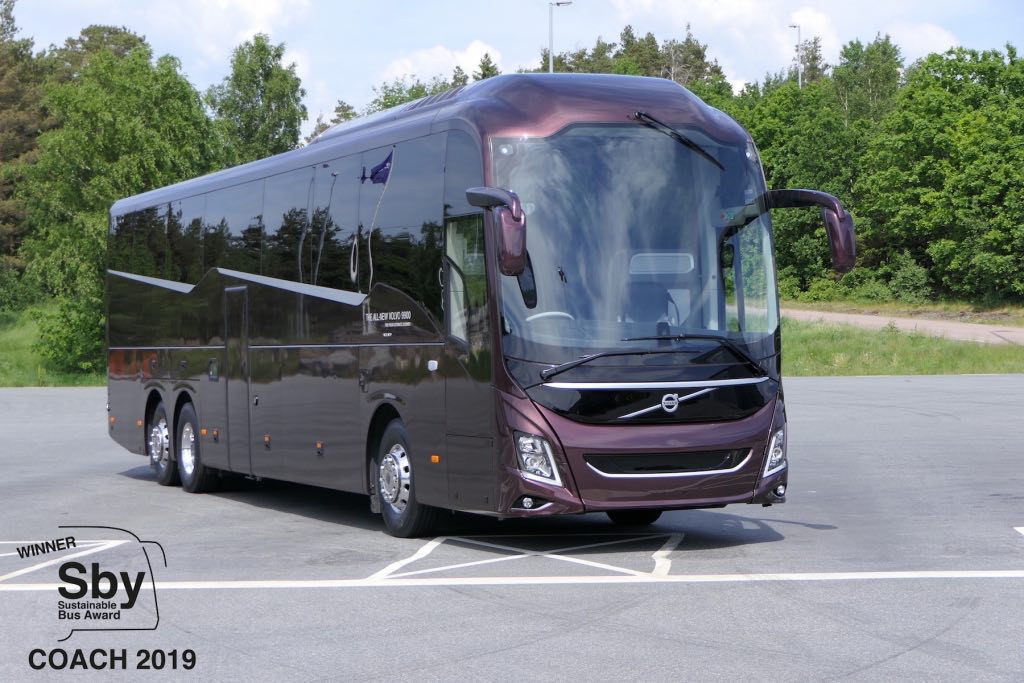 What about the future feasibility of hybrid coach? I mean a coach that, in urban areas, can switch off the diesel engine and run for 10-20 km in electric mode.

«The concept could work. But it depends on how far you need to carry the batteries. Batteries have additional weight and add fuel consumption. So you would add fuel consumption on the long distance to have full electric mode in city center. Technically, today it is feasible, financially and environmentally I don’t know if it could be convenient»

According to the forecasts about battery technology development, in a few years battery packs will be able to store more energy in the same space and weight. Some manufacturers announced that in a few years their electric buses will have enough range to complete all kind of daily operations. The question is: is fast charging a transitional technology, useful only in this early stage of electric bus adoption? Are we moving toward a future where, in 5 to 10 years, electric buses will be able to cover the daily operation without need of pantograph?

«There is a lot of focus on the range. According to me that’s not the most important topic. When you drive an electric bus on a flat surface, the energy consumption is approximately 1kWh per km. If you turn on the HVAC you add another 1 kWh per km. If you go up on a hill, you add another 1 kWh per km. The energy consumption can vary a lot. It’s impossibile to quantify the range of a bus. What we need to do when we are introducing electric buses is doing a system study, looking at the climate conditions, at the topography, at the traffic conditions. Based on this system study, we make a system design. Different cities have different needs and different constrains. In certain cities, like London, buses run 24/7. They stand still for just a couple of hours. In other cities you have a peak in the morning and peak in the late afternoon. Basically, we think that in the future there will be a mix between fast charging and overnight charging»

Which is, now, the difference in term of TCO (Total Cost of Ownership) between an average electric city bus and a diesel city bus?

«There is not one answer for this because every country is different, it depends on taxes, on who take the cost of charging infrastructure… in the Nordics we esteem that the payback will be five years»

Which is Volvo project for the recycling of batteries?

«The problem is split in two. First, we have the second life use of batteries. We are developing a project, in Gothenburg, for the reuse of batteries for domestic house applications in apartments building. Batteries can be used to store the extra energy that comes, for instance, from solar panels.
Bus operations are very challenging operations for batteries. It means that when the batteries are no more used on the bus, they still have a lot of capability to be used in minor applications.
Finally, we have the third life of the batteries, that is their recycling. This part is under development. We are working on it»

Actual sales volumes of electric buses are really residual. But everywhere there is a lot of talking and oulooks about the future electrification of the fleets. Are we really sure that future city public transport will be electric? When the sales volumes will show a real change?

«We think that big changes are starting in 2020-2021. Big operators in several cities are still buying diesel and will continue till those years» 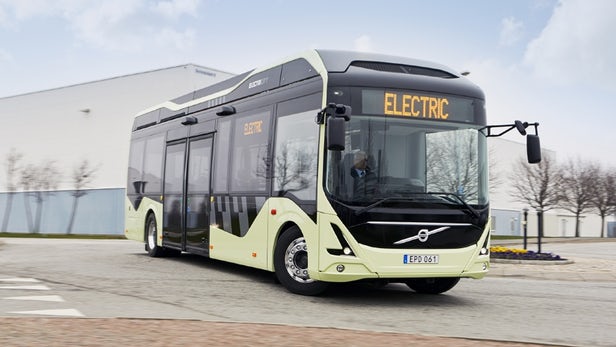 In those years the TCO of an electric bus, according to studies (for example McKinsey’s report ‘What’s sparking electric-vehicle adoption in the truck industry?’), will be closer than now to the one of a diesel bus…

«We think that the stakeholders must move away from the idea that TCO of electric and diesel buses should be equivalent. Why? As a president of Volvo Buses I meet lot of mayors from all around the world. There is one topic on the top of all mayors’ agenda: air quality. And it is very easy to understand why: people die for air quality. In London more than 9,000 people die per year due to air quality. People in the cities are telling their mayors to do something about it. This will drive the change. And just think to the city planning: when you have silent free emission buses you can bring public transport much closer to the people, you can bring it indoor»

Håkan Agnevall, what about hydrogen buses?

Battery electric will be the last stop? Many see in hydrogen the future of electric drives. Does Volvo Buses have any project in this field?

«For the moment we are not focusing on hydrogen. Today and for the foreseable future we need electricity to produce hydrogen, and there are energy losses. With the same amount of electricity that you use to produce hydrogen to run one hydrogen bus, you can run two battery electric bus. The energy efficiency of hydrogen production’s process is inferior than the direct use of electricity. The plus of hydrogen would be the fact that you can go further without carrying lot of batteries. This is true. But it is not a solution for city transport»

Maybe it could be an application for coaches, as a range extender?

«It could be. But then you get to the other problem of hydrogen: the infrastructure. It’s an explosive gas. Producing a coach with fuel cell range extender may be technically feasible, but would it be also financially affordable?»

The launch of the new BZL electric bus chassis is the latest novelty from Volvo Buses. The group is leading the European e-bus market as of mid-2021, mainly thanks to the huge 145-units delivery in Gothenburg. We had a talk with Anna Westerberg, who has been covering the position of president of Vol...
North American edition of the Zero Emission Bus Conference is on its way to be performed on September 15–17 in Denver. With the Center for Transportation and the Environment (CTE) as host, the conference is set to gather zero-emission bus (ZEB) experts, operators, and advocates. In this interview CT...
Over 60 years experience in the railway motor’s business since a few years ‘poured’ into the electric bus market in the last decade. Austrian company TSA (Traktionssysteme Austria) has provided so far electric motors for vehicles operating in more than 60 countries all over the world. The ...
Canadian company Lion Electric has in the electric school bus segment its core business. «We expect over 100,000 school e-buses to be launched in the next decade», says Marc Bédard, the company’s CEO. A new facility is set to allow an increase of production volumes by 20,000 yearly.