Transdev’s ambition is to electrify 100% of its fleet of school buses in Québec by 2025. Its subsidiary Transdev Canada, present in Québec and Ontario, announces that it has decided – as part of its energy transition strategy – to invest nearly €3 million in a fleet of 27 electric school buses. These new buses will be manufactured by the Québec company Lion Electric. They’ll be put into service at the start of the school year in September 2020. 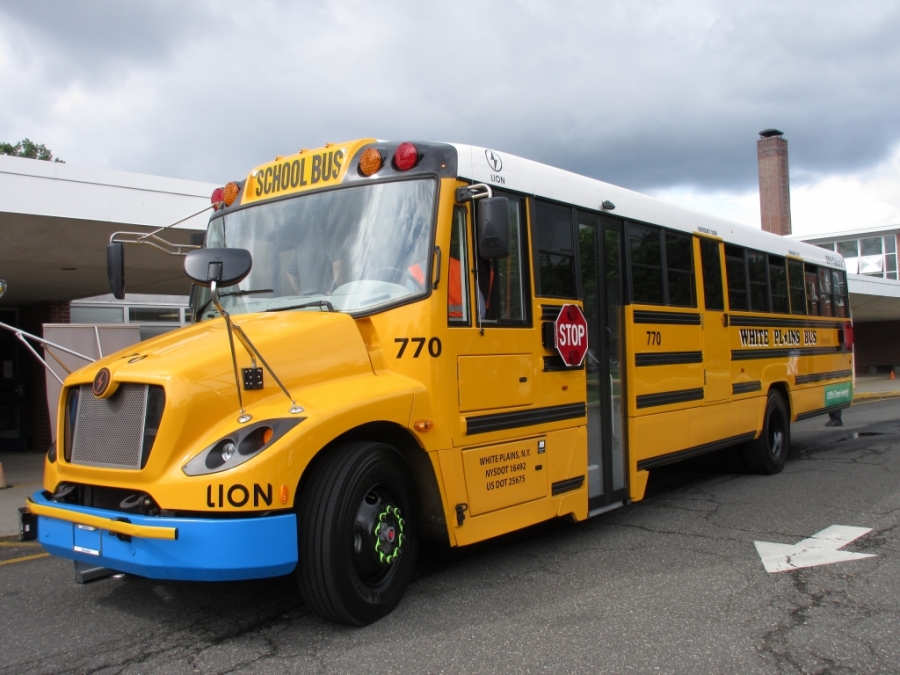 These 27 school buses, developed by the Québec company Lion Electric, will enable Transdev Canada to reduce its emissions by 99%, compared to diesel buses, in its school transport networks operating in Québec, in the Estrie and Montérégie regions, the public transport company points out. Transdev Canada has maintained a technical and commercial partnership with Lion since 2016.

Thanks to this investment, Transdev Canada is, to date, the largest private operator of electric school buses in North America, increasing its fleet to 31 operational electric buses by the end of 2020.

Transdev has chosen to develop a specific energy transition in Canada because of its dynamic local ecosystem and the fact that the energy produced locally is mainly hydroelectric and therefore among the cleanest in the world, Transdev highlights. In Canada, Transdev’s ambition is to electrify 100% of its fleet of school buses in Québec by 2025.

With this investment in Canada, Transdev is further strengthening its leadership position in electric bus deployment.

In April 2019, Transdev announced the acquisition of the Voyago Group. With this acquisition, Transdev Canada now has 2,600 employees serving 36 million trips per year in Québec and Ontario, for a 2019 turnover of €125 million.

“Transdev has long been committed to the energy transition of its vehicle fleet in order to deploy its sustainable mobility solutions throughout the world, in line with its commitment to the European Green Deal and to clean, carbon-free mobility. Battery-powered electric buses are a first step in this transition, while hydrogen and fuel cell-based solutions could eventually become increasingly important. Our ambition is to have a fleet of 100% low-emission vehicles by 2030,” explains Thierry Mallet, Chairman and CEO of Transdev Group.