Turkish President Recep Tayyip Erdoğan personally examined and tested the Autonomous Atak Electric, developed co-jointly with ADASTEC and Karsan. The manufacturer made public that a ceremonial event was held at the Presidential Complex to mark the occasion. «Briefed extensively about Karsan Autonomous Atak Electric, Europe’s and USA’s first Level-4 self-driving electric bus in its segment, President Erdoğan enjoyed a tour inside the self-driving bus at the Presidential Complex, accompanied by his entourage», Karsan highlights. 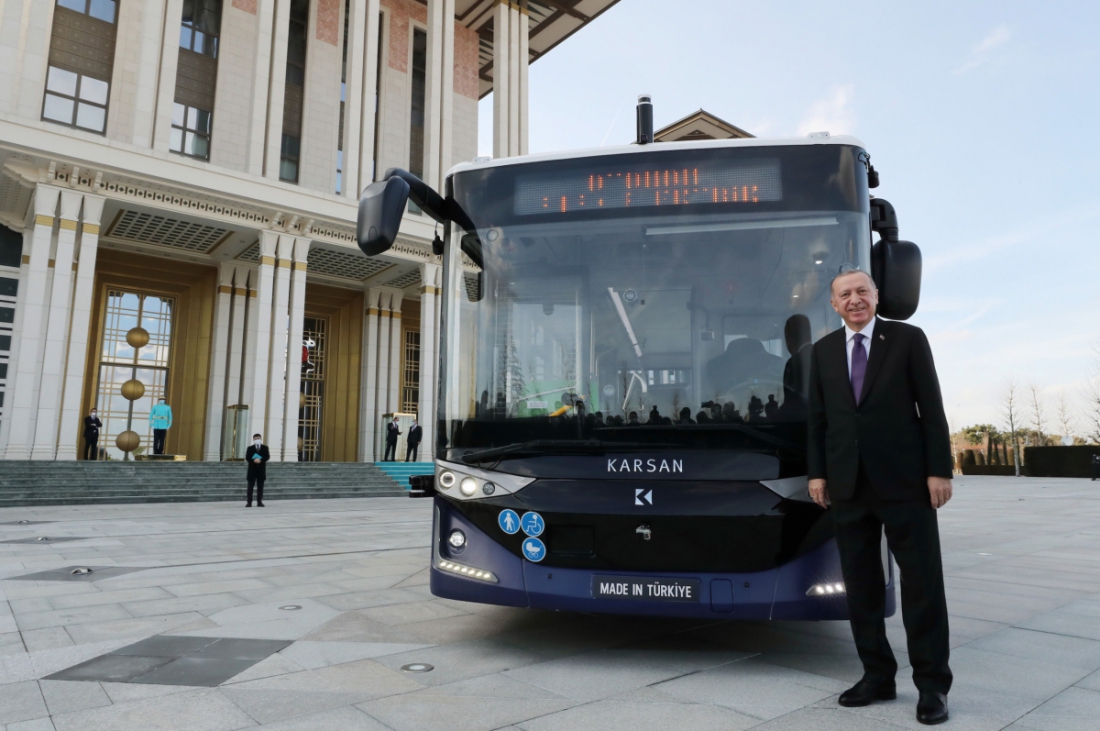 Speaking at the event, İnan Kıraç, Chairman of the Board of Kıraça Holding said, “Having had the privilege to witness the growth journey of the Turkish automotive industry, I feel immensely excited to be here today. It is a great source of elation and delectation to have developed and Europe’s and USA’s first serial-produced self-driving bus. These great achievements are a testimony to how far the Turkish automotive industry has come. It makes us feel very proud to create pioneering work that is acknowledged all around the globe .” 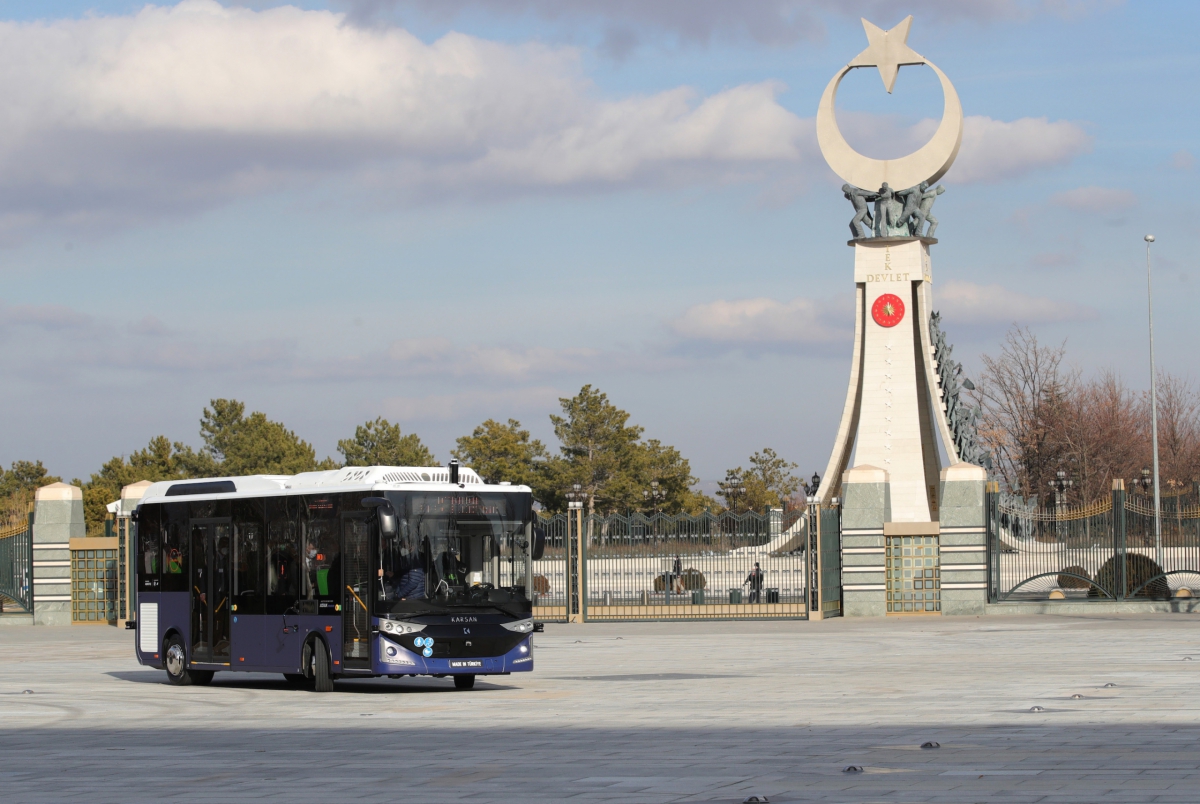 Okan Baş, CEO of Karsan, said the following in his speech, “Karsan has considerable experience working with electric vehicles.  We have been exporting Jest Electric and Atak Electric, both 100% electrically powered vehicles, to Europe and the USA and other parts of the globe for many years now. Our electric vehicles have so far hit the 1 million km mileage milestone in 30 different cities of Europe and the USA. A massive know-how and experience lies behind this achievement. However, we are aware that the future is not just about electric vehicles; the next step forward is autonomous vehicle technologies, a major component of the automotive ecosystem. As a matter of fact, we look at our range of electric vehicles as a stepping stone to self-driving ones, which are our primary focus.  While there are pilot projects in the field of driverless vehicles for small minibuses of 5 meters, there are no driverless regular-size buses in America and Europe. Today, we are pleased to launch Karsan Autonomous Atak Electric, a pioneering novelty for the 8-meter segment which can be enjoyed by drivers in the America and European markets.”

Dr. Ali Ufuk Peker, CEO of ADASTEC, continued “With our Level-4 autonomous driving software platform ‘flowride.ai’, we have aimed for a safe, comfortable and efficient driving experience. We deployed our high-tech solution in the autonomous redesign of the 8-meter electric bus Atak Electric to meet the demands of public transport in the future. We are proud to break new grounds in autonomous vehicles in our partnership with Karsan.” 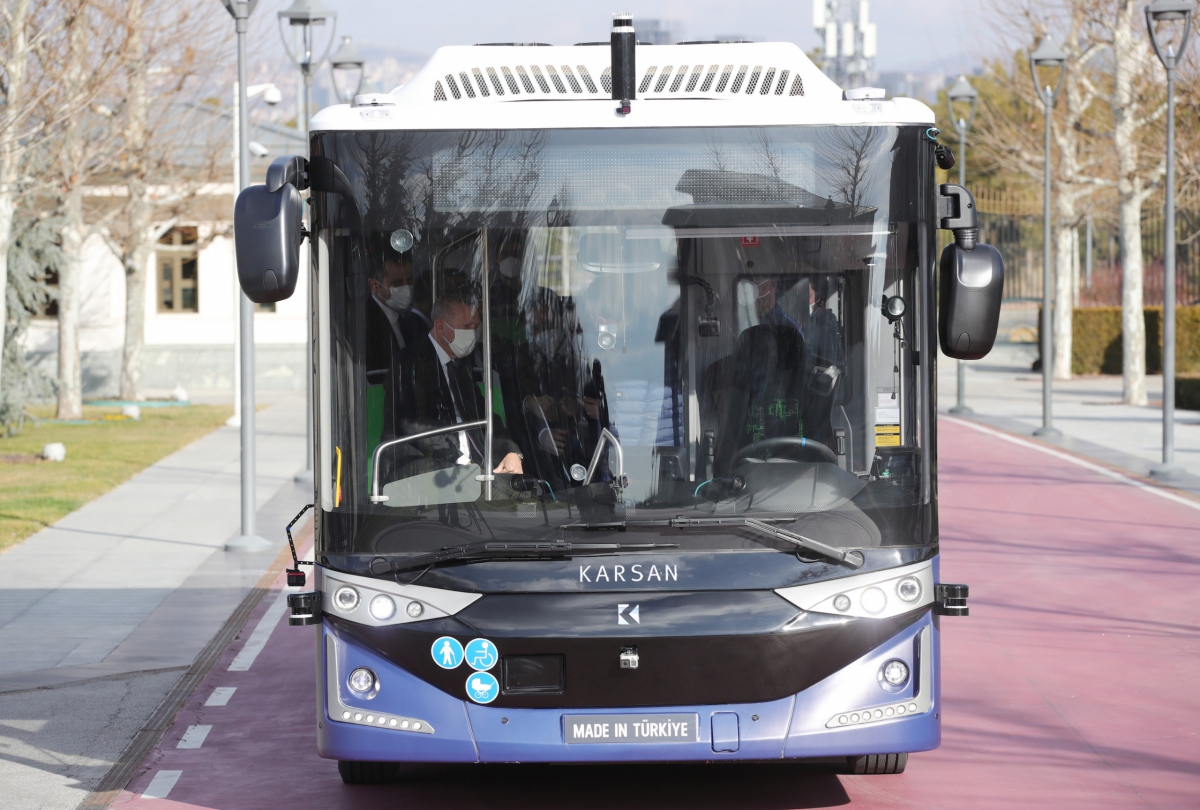