Ebusco won a tender for two units of electric bus in Eisenach, in the German region of Thuringia. The buses will be deployed by the local public operator Wartburgmobil.

The purchase of the two electric buses and related charging infrastructure, as reported on Electrive, are supported by the Thuringian Ministry for the Environment, Energy and Nature Conservation with European ERDF funds amounting to 80% of the total costs. 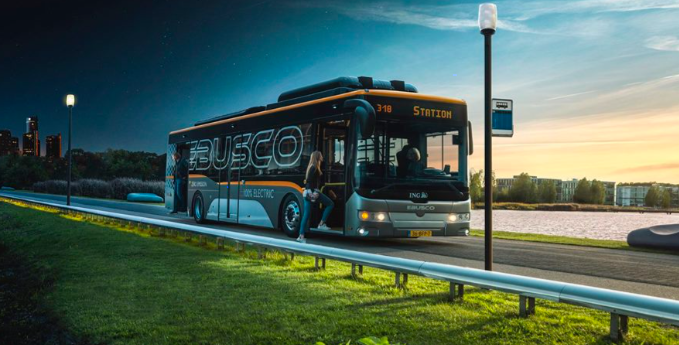 Ebusco, not only for Wartburgmobil

The two buses will be charged overnight thanks to plugin charging solution. Beyond the order for Wartburgmobil, during 2018 the Dutch manufacturer Ebusco also received an order for four zero emission buses from Stadtwerke München (SWM) among a planned procurement of 40 electric buses. Ebusco started to build electric buses many years ago, in cooperation with the Chinese based company Golden Dragon.

The solo electric buses to be delivered to Munich (and, supposedly, to Eisenach), are 2.2 model. It’s the evolution of the previous 2.1, sold in ten units, one year ago, to Dutch operator Qbuzz, owned by Italian FS. Energy is stored in lithium iron phosphate battery (LFP). Body, in this new series of electric city bus by Ebusco, is no longer realized by Golden Dragon but by Australian bus builder BCI, reports Eurotransport. The electric bus is moved by an electric asynchronous central motor realized named KAM90C, while portal axle is by ZF.

Public transport operator AUVASA (Autobuses Urbanos de Valladolid) has signed a framework agreement with Irizar e-mobility for 30 Irizar ie tram model zero-emissions buses and charging infrastructure for them. Delivery of those units will be spread out over two years, with the first eleven units to ...
Pelican is providing Yutong zero emission buses for a new bus service on routes connecting Leicester’s three main hospitals, in the UK. The Hospital Hopper service is having a complete upgrade, including replacing the current diesel vehicles with a fleet of fully electric buses, with features such a...
Nova Bus has just been awarded its largest electric bus contract to date in Canada (up to 60 LFSe+). They’ll be running with Halifax Transit‘s livery. The Halifax Regional Council has authorized the purchase of up to 30 of those electric buses in years 2022-2023 and up to 30 more in year...
Bucharest, Romanian capital city, has issued for the third time a 100-units electric bus tender. The procurement failed already for two times due to a lack of suitable offers. The contract is estimated at about RON 304 million (EUR 61.5 million), without VAT, and will be financed with European funds...