The batch of buses will run between the car parks, terminals 1 and 2, and Cargo City at Milano-Malpensa airport as a co-operation between the carriers Arriva Italia, Air Pullman and Autolinee Varesine.

Interestingly enough, it is the first e-mobility project of VDL Bus & Coach in Italy and also the first time a system with on-route charging is put in place in Italy. 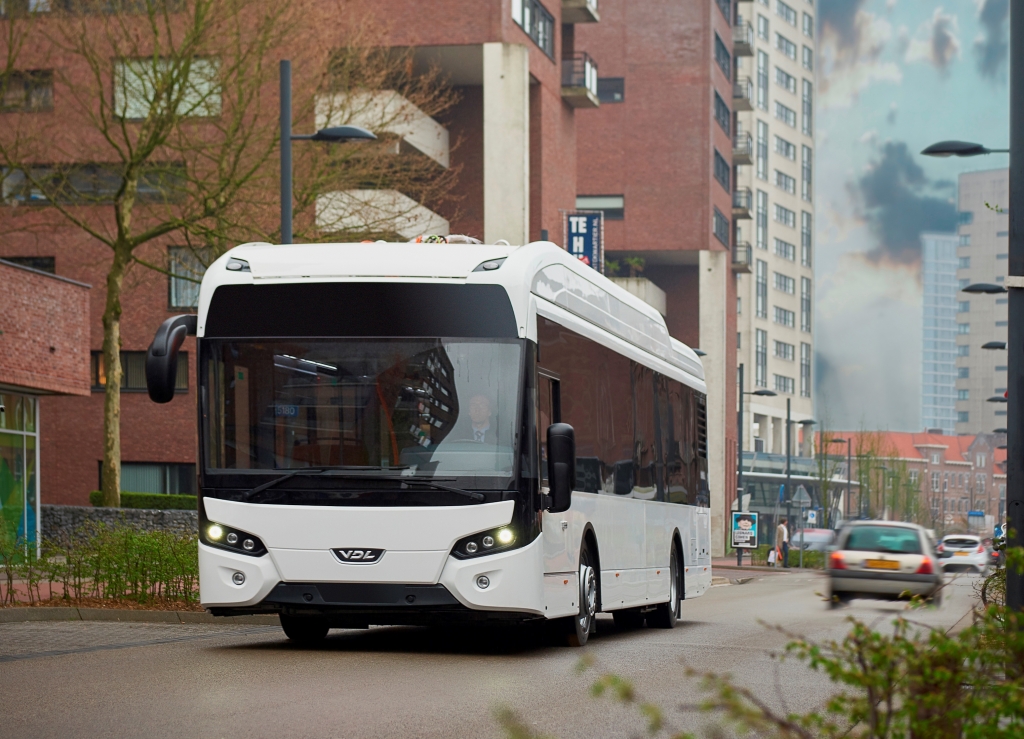 85 kWh battery on the electric buses for Milan Malpensa

The 4 VDL Citea SLF-120 Electric for Milan Malpensa are equipped with 85 kWh battery pack. They won’t be driving on the airfield at Milano-Malpensa itself. However, they are fitted with special lighting, so that they can be used there in emergencies if necessary. The buses also have WiFi, USB connections and dark- tinted glazing. The buses are used around the clock, with one vehicle also continuing to drive at night.

Heliox at the first e-bus project in Italy

For the charging equipment in Milan Malpensa, VDL Bus & Coach is once again working with the Dutch company Heliox on its first Italian electrical project. For interim rapid charging, Cargo City will install a 300 kW rapid charger. The depot has chargers that allow two buses to be charged at the same time at 30 kW, or one bus to refuel with energy at 60kW.

For VDL Bus & Coach, the manufacturer points out, the deployment of electric buses at Milano-Malpensa is not its first ‘airport project’. For example, VDL Futura coaches drive between airport and city in Dubai (United Arab Emirates) and Reykjavik (Iceland). At Schiphol, the largest airport in the Netherlands, VDL Citeas are deployed 24 hours a day. In 2020, 8 Citea SLFA-181 Electric will contribute to the further electrification of Oslo Airport in Norway.

The first electric bus with on-route charging system in Italy

“We are proud to start in Italy this new adventure in the electric bus sector, a field that sees us as leader in the European market”, says Massimiliano Costantini, General Manager of VDL Bus & coach Italia. “This delivery is not only the baptism of a full electric VDL in our country, but it is the first electric bus in Italy with on-route charging system”.

“Together with our partners Air Pullman and Autolinee Varesine, we are showing by winning this tender that sustainability is of paramount importance to us,” says Angelo Costa, CEO of Arriva Italia. “The choice in favour of the reliable e-buses from VDL Bus & Coach fits in seamlessly with this vision. We see this project as the starting point for increasing the sustainability of Malpensa airport and other airports where Arriva is already present as a carrier.”

Alex de Jong, Business Manager Public Transport of VDL Bus & Coach, adds: “With our electric buses, we are striving for a better climate and a cleaner and quieter city. Milan is the next city with a pronounced sustainability vision that uses our expertise as Europe’s frontrunner in e-mobility. Naturally, we are very proud of that. In Italy, we would now like to show we are a reliable partner that supplies not only the buses but also the entire charging infrastructure.”