Solaris has delivered two Urbino 12 electric buses to the German city of Würzburg. It is the first delivery performed for the operator NVG Omnibus-Betriebs-GmbH. It is the first time that the customer has opted for battery vehicles, which is why Solaris will also provide chargers as part of the order.

In Germany alone Solaris has supplied or contracted over 200 electric buses by now. 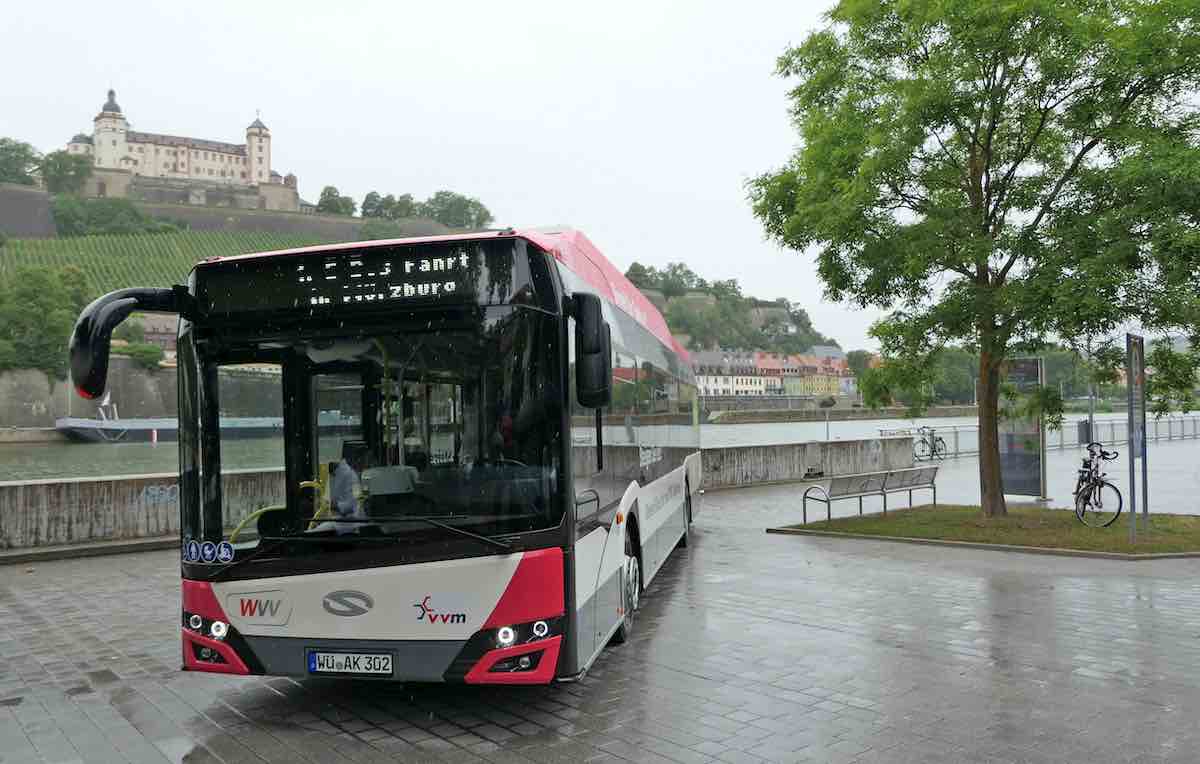 This is the first contract of Solaris completed for the customer from Würzburg. Both supplied vehicles are Solaris Urbino 12 electric. Apart from the vehicles as such, Solaris is also providing the charging infrastructure – i.e. two stationary chargers with a maximum power of 150 kW and a mobile charger of 50 kW.

The buses will be propelled by electric axles with two integrated traction motors boasting a power of 125 kW each. The power used by the vehicle will be stored in a set of Solaris High Energy batteries with a total capacity of 300 kWh, and it will be replenished using a classic plug-in system.

E-buses Solaris for Würzburg, 70 passengers on board

Featuring a 2+2+0 door arrangement and a passenger counting system, the electric vehicles will be able to offer room on board for 70 passengers at a time, of whom 38 can travel seated. What is more, the buses feature a range of improvements considerably raising the user comfort both from the point of view of passengers, the bus driver and also the operator managing the bus fleet. The electric buses for Würzburg will contain a monitoring system, internal LED lighting, a passenger information system, air-conditioning, USB chargers and an electric heating system. Special ramps placed next to the doors will ease the entry and exit of wheelchair-bound passengers. 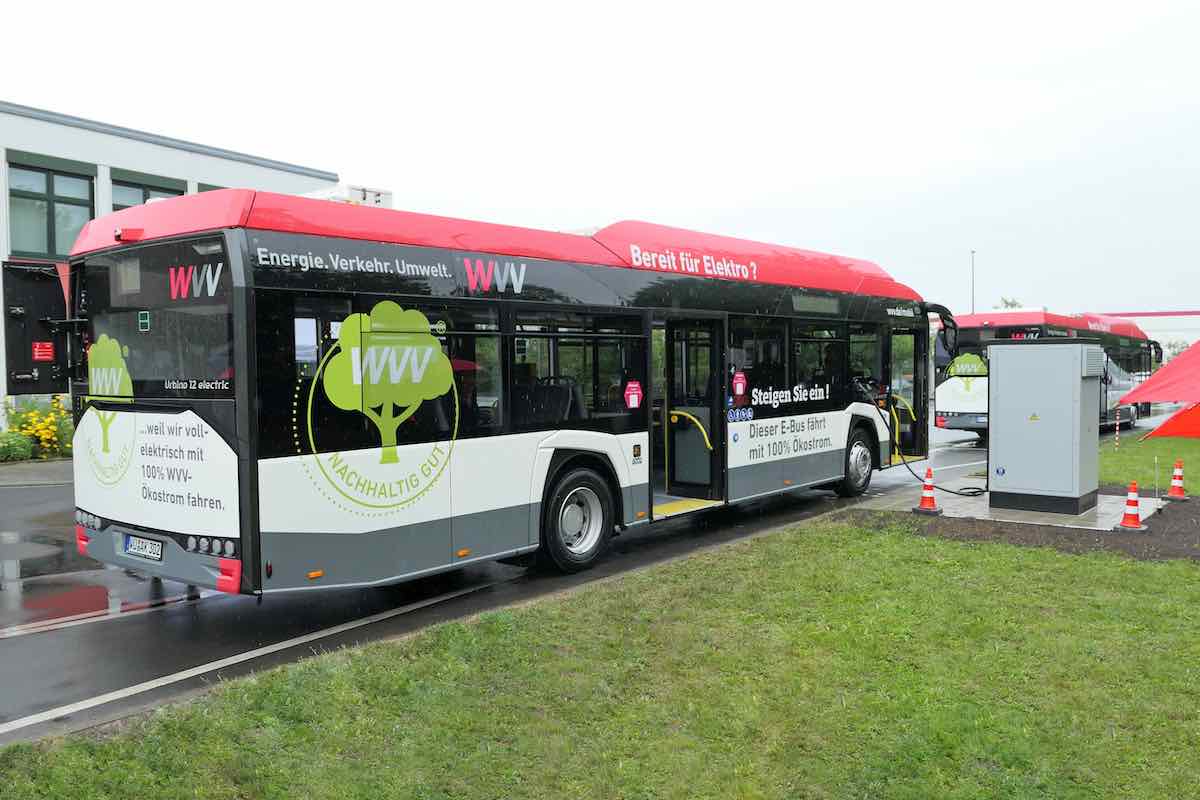 The German carrier has also opted to order the modern system for remote diagnostics eSConnect, dedicated to those of Solaris’ clients who have decided in favour of zero-emission vehicles. Designed by an inter-disciplinary team of Solaris experts, the software is a precision instrument which enables the efficient management and optimal use of an electric bus fleet. The eSConnect system provides i.a. tracking data on the location of the bus fleet at given times, and including the updated battery status. Furthermore, it allows for the remote detection of potential errors reported by the vehicle on the driver’s panel, which makes it possible to quickly respond to possible defects. The data collected by the app are presented in a visually appealing form of charts and graphs.

The supplied buses also feature a system to steer the heating and the air-conditioning systems of the vehicle, including the function of thermal pre-conditioning launched via the eSConnect system. This thermal pre-conditioning is yet another solution devised by the Solaris Office of Development. Used during the bus charging, it optimises the consumption of electric power during the ride. Thanks to this feature it is possible to increase the range of the vehicle on a single charge.

“The fact that operator NVG Omnibus-Betriebs-GmbH has decided to make its first electric buses of Solaris design means a lot to us. We are extremely happy that we have been given the opportunity to supply both buses and the whole charging infrastructure to Würzburg, and that we can be part of the process of developing zero-emission transport also among private carriers on the European market”, states Rolf Oneis, Director of Sales at Solaris Deutschland GmbH.