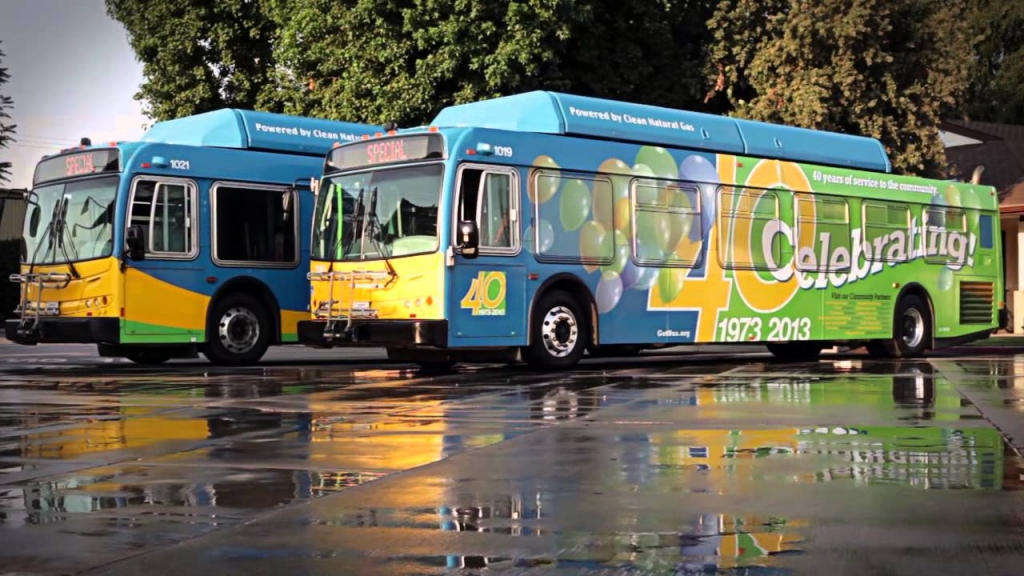 The Board approved the purchase of five 40-foot (12-meter) hydrogen-fueled buses using Federal funding. The new buses will replace the 2009 buses that are nearing the end of their useful service life as defined by the FTA.

This purchase, GET points out, will serve as a guide for the implementation of the Zero Emission Bus Plan. The public transport company serves the Bakersfield Urbanized Area, 150 km north from Los Angeles. It has a fleet of 88 compressed natural gas on 16 routes. In addition, GET operates 25 compressed natural gas GET-A-Lift buses and 7 microtransit RYDE shuttles.

“A cleaner transit future is well under way at GET,” said the CEO of Golden Empire Transit District Karen King.

Hydrogen buses are gaining ground in California, although we are still talking about very small numbers. But the trend shows an acceleration.

An hydrogen bus fleet, for instance, is beginning operation with the livery of Orange County Transportation Authority (OCTA) in Santa Ana, some 200 km south from Bakersfield. The vehicles, model New Flyer Xcelsior CHARGE H2, were delivered in January 2020 following the order signed in early 2018. The vehicle was announced to have completed Altoona Test in March 2019. Also the largest US hydrogen fueling station for public transport was presented.

Brisbane has officially ordered 60 high-capacity battery electric buses from Swiss manufacturer HESS. Deliveries of the metro fleet will commence from late 2023.  Brisbane City Council’s Brisbane Metro project has then reached a major milestone. The announcement follows extensive on-road testin...
Enel X UK has completed its first e-bus project for Abellio London Bus, a division of Abellio Group and a major transport operator across the country. The new depot, located in Hayes, houses innovative e-buses delivering zero-emission transport to West London. According to forecasts by independent a...
As, based on local press coverage, we have anticipated a few days ago, the Slovakian carrier Dopravný podnik Bratislava (DPB) has opted for four hydrogen buses to be manufactured and delivered by Solaris. This is the first order placed under a framework agreement. In the long run, up to 40 Solaris U...
Keolis is launching a recruiting campaign in France in order to fill 1,000 open positions worldwide. Focus on drivers and maintainers. The campaign will last until end of 2022. “These jobs are open to all candidates, both junior and experienced, with or without qualifications. They are also op...