CaetanoBus was selected as the supplier to deliver four hydrogen buses to Bielefeld’s Transport Company in Germany. The operator is moBiel GmbH, and these will be the first hydrogen buses in the history of the company. They’ll be tested on a bus line in the city. The investment will be subsidized to 90 percent for the filling station and to 60 percent for the buses, thanks to grants coming from the State of NRW.

Bielefeld to get four hydrogen buses

Bielefeld is located between Dusseldorf and Hanover. Also a filling station has been ordered. The buses are expected to roll over Bielefeld’s streets at the turn of the year 2021/22, moBiel points out.

The four 12-metre buses that are to be tested on line 29 (Baderbach – Schildhof). The hydrogen filling station is supplied by Framatome from Erlangen, a subsidiary of the French Framatome group. It is to be built on the waste incineration plant site in Bielefeld-Heepen, where the buses will also be stationed.

Public transport company’s managing director Martin Uekmann comments: “When our supervisory board decided in autumn 2018 to start testing the zero-emissions hydrogen technology in operation, we knew that we would not be dealing with an established mass product but with highly innovative technology. Our foresight has been confirmed. It took intensive work and a great deal of patience to clarify all the questions relating to funding, Europe-wide tendering and the award of contracts. But now we have reached the important milestone of the order”. 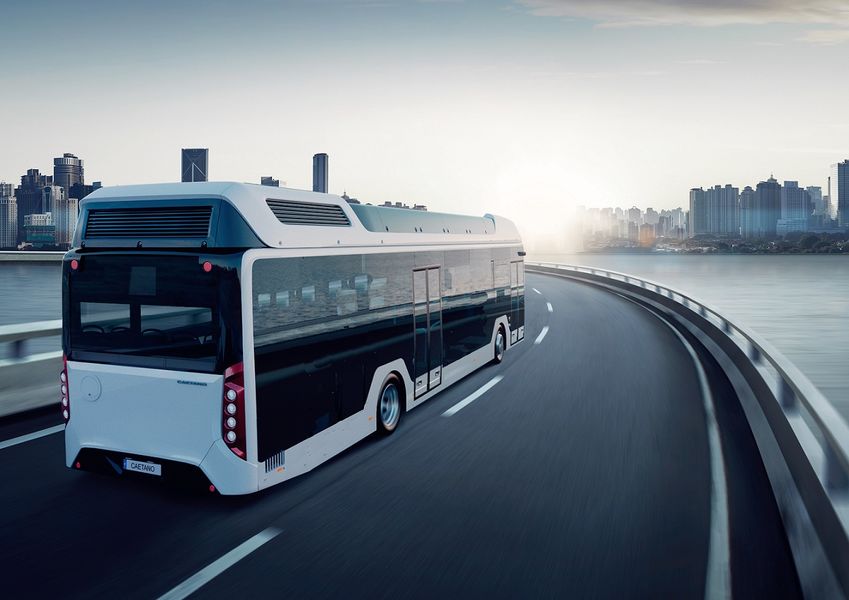 moBiel project manager Gerhard Sawatzky underlines: “The trial operation will show exactly where we will end up. In any case, the range is roughly equivalent to what our buses have to manage during the day. This is a great advantage over battery-electric buses.

“Being the first supplier of hydrogen buses for moBiel GmbH is an enormous recognition of our accomplishments in the zero-emission mobility field. We are very honoured to be able to work with moBiel in this change for green mobility” says Kohei Umeno, Chief Commercial Officer of CaetanoBus.