Hyzon Motors has launched activities in Australia. The hydrogen commercial vehicle manufacturer is in the process of setting up technical support and project management capabilities serving the markets in Australia and New Zealand, as reported on H2-view.com. The beginning of assembly of fuel cell trucks and buses in Australia is scheduled for 2022. Reportedly, the company will be working together with strategic partners. 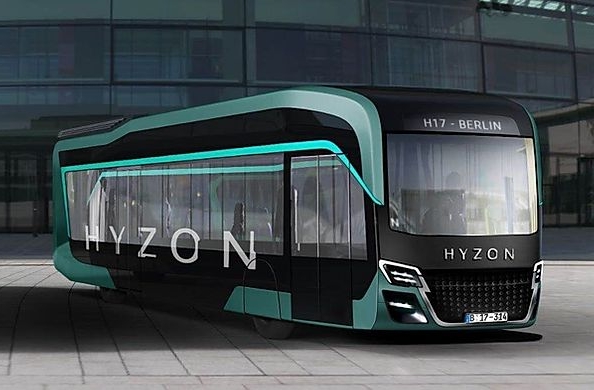 The company Hyzon Motors has been officially launched in mid-March 2020, and follows the experience developed from Horizon Fuel Cell Technologies. Announced as a company specialized in hydrogen heavy-duty vehicles based in New York State, Hyzon said that series production of its vehicles (trucks and buses) is to begin late this year.

Hyzon Motors announced in early April 2020 that a Memorandum of Understaing for 1,000 fuel cell buses has been already signed with a client whose name is kept confidentially. Target to deliver the first 50 units in about 12 months after formal contract, said Hyzon Motors’ CEO George Gu.

With regards to the new venture in Australia, the hydrogen commercial vehicles manufacturer is quoted as saying: “Green hydrogen investment plans for Australia are a lot more viable supplying into the local heavy vehicle market, as diesel displacement is a much higher value use for hydrogen than bulk export. Governments and major corporations need to solidify plans to transition off diesel. It’s a match made in hydrogen heaven”.

England’s first ever double decker fuel cell bus fleet has been launched yesterday in London by mayor Sadiq Khan. The hydrogen buses join a fleet of over 500 electric buses – one of the largest fleets in Western Europe. The aim is to make all London buses zero emission by 2030. Just a few days...
Hyzon Motors is ready to deliver a fleet of hydrogen fuel cell-powered coaches headed to the harsh mining landscape of Western Australia. Testing for Fortescue Metals Group showcased capabilities of zero-emission, hydrogen fuel cell coach with up to 800km range, the manufacturer says. New York-...
CaetanoBus has been selected as the supplier to deliver five 12m fuel cell buses to Kreis Düren in Germany by the 1st quarter of 2022. The vehicles will be operated by Rurtalbus, a company founded by the RATH Group and the Dürener Kreisbahn (DKB) in 2019 and is responsible for all public bus transpo...
San Francisco Bay Area’s AC Transit orders an additional 20 fuel cell buses from New Flyer, model Xcelsior CHARGE H2, unveiled in March 2019. The purchase was made through California’s State Cooperative Procurement, which New Flyer was selected for as a top-scoring approved supplier in 2019. 35 zero...