Safra is partnering with the Michelin’s subsidiary Symbio to develop a French-made hydrogen bus. The bus, that belongs to the Businova range, has been recently launched and features, according to the manufacturer, a range of 300 km available after 30 minutes’ charging time.

The first units (6 in total) have been delivered to Artois-Gohelle. Safra is also shipping a further 5 units to the rental company BE Green and one to Le Mans. 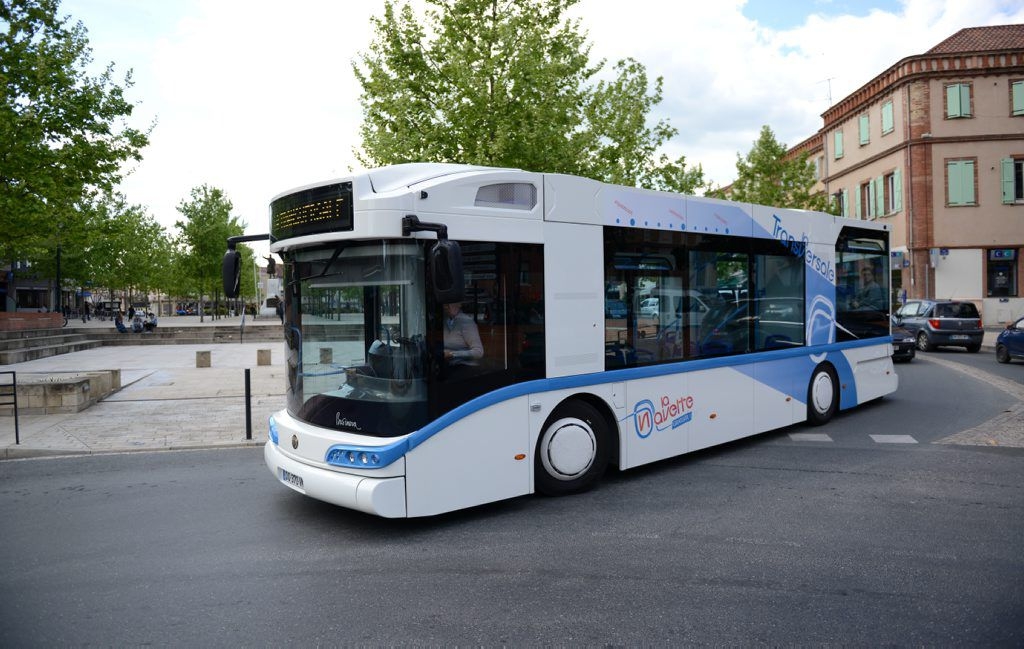 The bus features a bi-modular chassis and a free-standing structure. Safra and Symbio (the hydrogen’ specialist in Michelin group, in charge of realizing hydrogen fuel cell kits for several kinds of vehicles) opted for a smart hybrid system, integrating a 30kW fuel cell module (model H2Motiv) and a 132kWh battery pack (a “mid-power” unit). This means that the bus carries less hydrogen than a “Full Power” solution (which uses a small battery and a large cell). For instance, the newly released Solaris Urbino 12 hydrogen has a 29 kWh battery.

The development process of Safra Businova Hydrogen passed through several steps during two years time. First, the integration of the overall electrical system. Major integration work was needed to reduce the weight and size of the cell, allowing it to be successfully integrated into the vehicle, Safra points out. Then, the hybrid hydrogen/battery system was optimized and the teams worked together to ensure that all of the current safety requirements were met.

Designed to be economical and environmentally friendly. The launch of the Businova is very much in line with France’s own CO2 and fine particle emission targets (the vehicle is “zero-emission”). Its roll-out is also featured as part of the National Hydrogen Plan, launched in June 2018, whose target is to accelerate France’s move towards sustainable energy sources. The goal of the plan is to release 800 heavy vehicles (including buses) by 2023, and another 800-2000 by 2028, Safra highlights.

“While hydrogen technology was always at the forefront of the Businova development project, the success of this technological innovation comes down to the hard work and dedication of our own teams and those of our partners. Hydrogen really is a terrific solution, allowing us to develop a truly sustainable transport solution. This is completely on-point, and is sure to have a bright future ahead of it” says Vincent Lemaire, the President of Safra.

“Effective collaboration between teams (going further than the traditional client/supplier relationship) is a key success factor in the developing hydrogen vehicle market,” explains Fabio Ferrari, the Managing Director for Symbio. “I’m delighted to say that it has been a resounding success for this project, cutting the vehicle development time right down”. 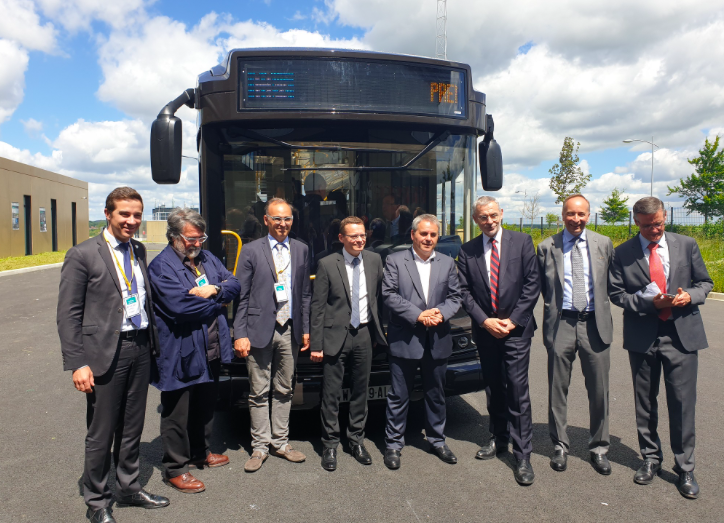 Wrightbus’s fleet of hydrogen fuel-cell buses have travelled 1.5 million miles since first entering service, the manufacturer says. Wrightbus first unveiled its StreetDeck Hydroliner – world’s first hydrogen powered double deck bus- in Aberdeen in 2020, with a fleet of buses entering passenger...
The hydrogen-powered bus from Caetano is currently in France to do several demonstrations around the country. The first stage was on the 7th in Artois-Gohelle, where the vehicle was presented to the municipality and to the syndicate of transport of Artois-Gohelle (France). The bus also did a demonst...
Cummins and Tata Motors, the largest commercial vehicle manufacturer in India, signed a Memorandum of Understanding (MoU) to “collaborate on the design and development of low and zero-emission propulsion technology solutions for commercial vehicles in India, including hydrogen-powered internal...
Solaris will deliver four Urbino 12 hydrogen buses to Venice. The contracts were concluded with Italian carriers AVM Venezia and ACTV SPA Venezia. The 12-metre hydrogen-fuelled buses will arrive in Italy in mid-2023, and the total value of the contra...
Sign Up Here!