Battery electric is the next step, but afterwards it’ll come the time of fuel cell. Solaris Bus & Coach will unveil in 2019 the Solaris Urbino 12 hydrogen, a new generation vehicle deriving power from a hydrogen fuel cell. 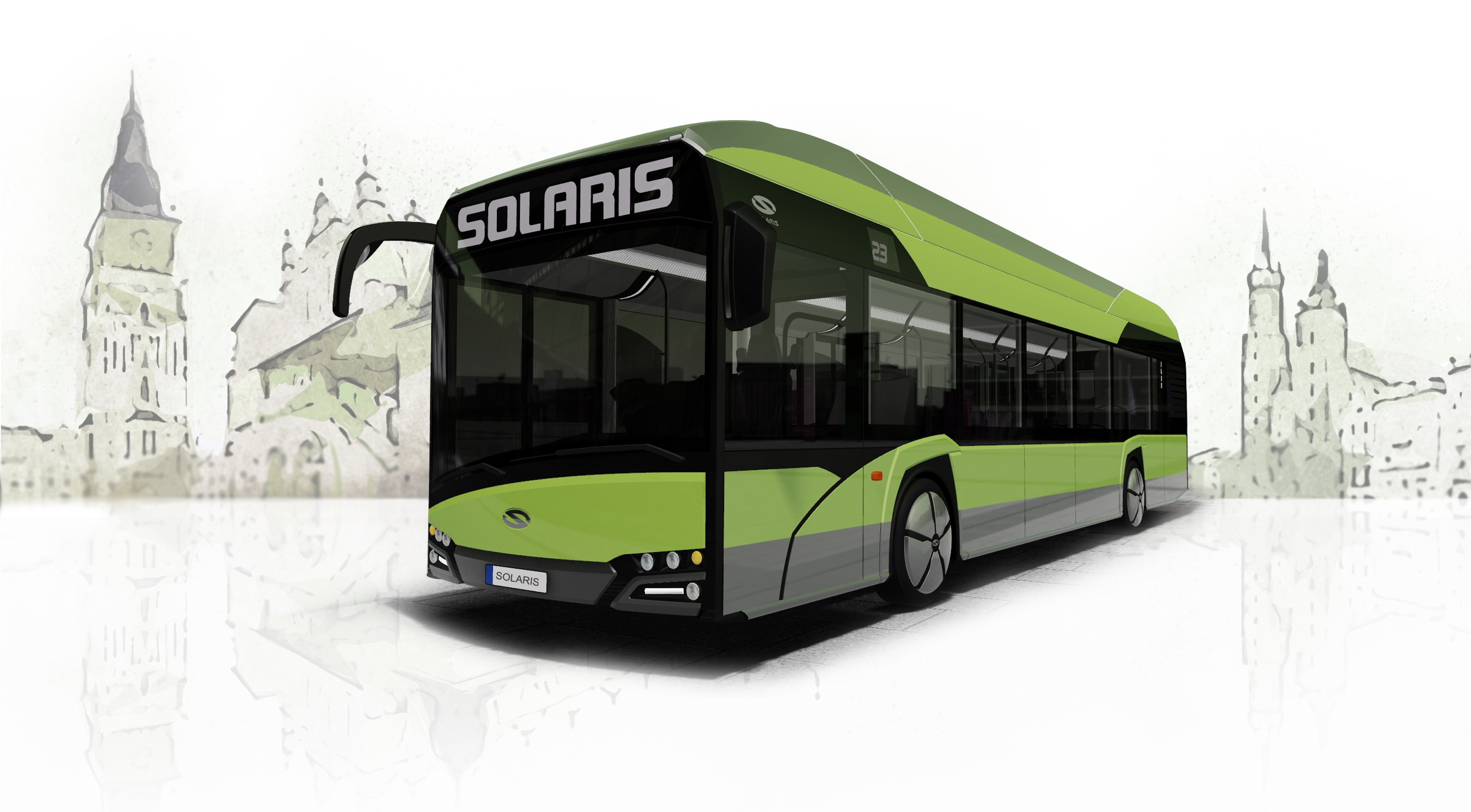 The fact that fuel cell will see a grow of its share is clear from ZeEUS eBus Report #2 released by Uitp (see picture below, or download the full report HERE). Fuel cell buses are expected to have a market share of 2 per cent in 2020 and 10 per cent in 2030, in the segment of urban buses and in European area. Still a little “slice” compared to the 52 per cent forecast of battery electric… but the multiplication for five is anyway impressing and opens up interesting scenarios for after 2030 years.
Going back to Solaris Urbino 12, the energy needed to power the driveline of the bus will be obtained from hydrogen which will be processed in a fuel cell to electric power. Thanks to the technology used in the hydrogen buses, (of all the firm’s electric buses) these will be able to cover a record-long distance on a single refuelling – over 350 km. 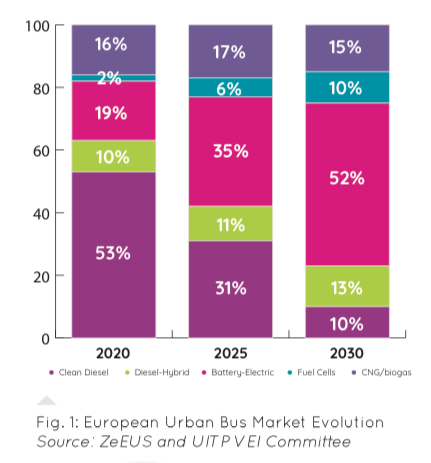 The vehicle will be also fitted with one of Solaris’ small High Power traction battery of 29.2 kWh which is to support the fuel cell when the demand for energy is biggest. The battery will be charged with hydrogen energy. In addition, it will be possible to recharge it by means of a plug-in charging outlet (as is the case in standard electric buses). On the other hand, an axle with integrated electric motors, with a nominal power of 60 kW each, will constitute the drive unit. The twelve-metre bus will boast a substantial passenger capacity, as it will be able to carry up to 80 travellers.
Fuel cell bus by Solaris is also one of the topic of the interview realized by Sustainable Bus with Mateusz Figaszewski, director e-mobility development in Solaris (you can watch it HERE or below).

The new generation Solaris Urbino 12 hydrogen represents the continuation and development of a concept which saw the light of day in 2014 for the first time, when two articulated electric buses (Solaris Urbino 18,75) powered with hydrogen fuel cells as range extenders, were delivered to Hamburg. Both buses still cover bus route 109 on a regular basis. Batteries constituted the basic drive source of the buses showcased four years ago. In the new hybrid bus, electric energy propelling the vehicle will be derived from hydrogen, whereas the battery will only have a support function.

This is not the only state-of-the-art solution available in the new vehicle, states a press release from Solaris Bus & Coach. The twelve-metre Solaris Urbino hydrogen will be equipped with cutting-edge fuel cells of the latest generation, boasting a power of 60 kW. The producer is using also the latest hydrogen storing technologies, by installing hydrogen tanks made of composites on the vehicle roof – thanks to this step the mass of the tanks will be reduced by about 20% compared to previous models. In order to optimally reduce energy use in the vehicle, it will feature a climate comfort system with a CO₂ heat pump; the system will allow to use waste heat from the fuel cell. This is a completely novel proposition that is to guarantee extraordinary efficiency while significantly improving the driving range of the bus.

«The revolution in terms of green public transport has become a fact – Solaris has decided to respond to market demand with a whole new product. Hydrogen buses have the potential to be very popular on the market: they are cheap in use, lighter than electric buses, can cover a distance of 350 km on a single hydrogen refuelling (that is also the average daily range of a city bus) and they are completely emission-free – the only substance emitted while the bus is driving is steam», declares Dariusz Michalak, vice-CEO of Solaris Bus &Coach, in charge of the research and development division. The company supplied the first trolleybus with fuel cells to Riga last year. This year, 10 such vehicles will drive across the capital of Latvia in total.