The presentation is yet to come but the first contract has been achieved. The Italian city of Bolzano (capitol city of South Tyrol province, close to the border with Austria) is the very first one to order Solaris Urbino 12 hydrogen buses. The model is going to be unveiled next week at the UITP Global Public Transport Summit 2019 in Stockholm.

In Bolzano, twelve Solaris hydrogen buses will follow the last year’s delivery of battery vehicles (four units). The contract, supported by EU funded JIVE project, includes an 8 year-long service and maintenance package. Solaris has been the only company to make a bid to the 12,8 million euros call for tenders. 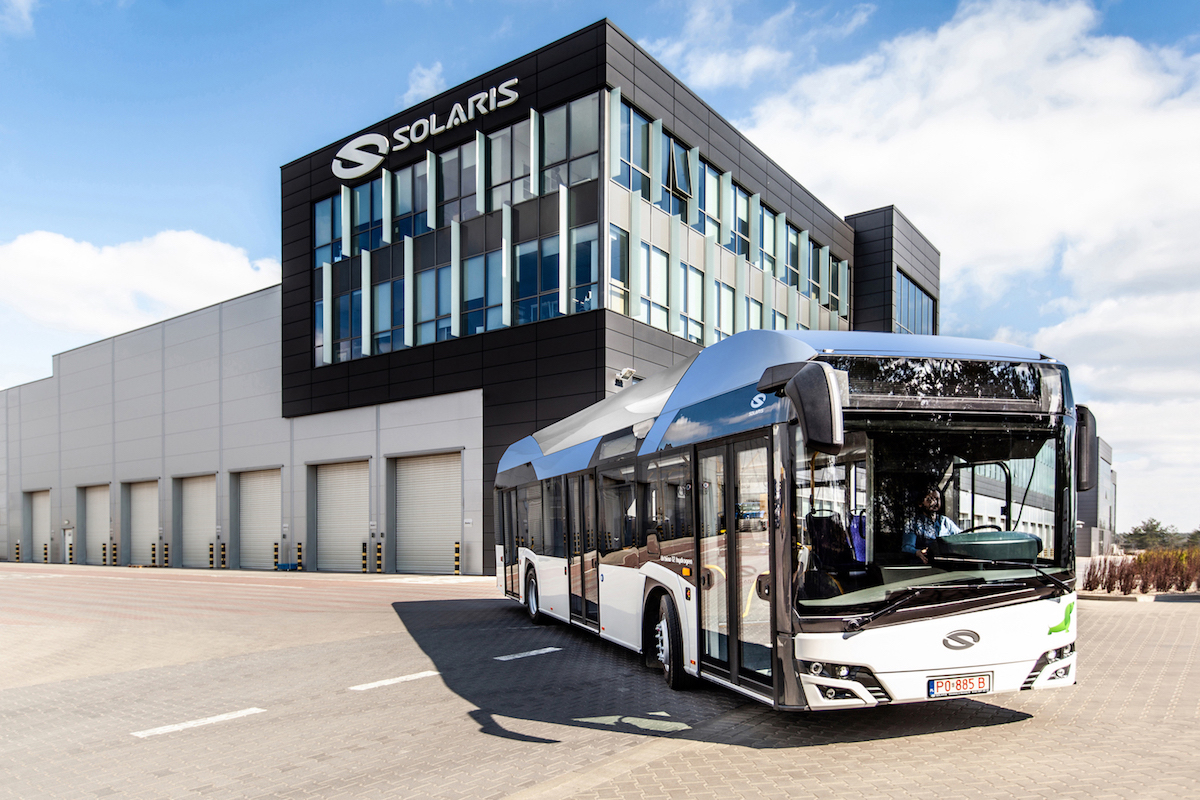 SASA Bolzano will be the first customer to receive the newest development of Solaris, the Urbino 12 hydrogen. The public transport company already held a pilot with hydrogen buses, precisely five Mercedes Citaro fuel cell, in 2014, in the framework of EU funded CHIC (Clean Hydrogen in European Cities) project (in the picture below). The vehicles are still in operation.

The energy stored in hydrogen is directly fed into the driveline of the vehicle. Hydrogen technology used for power generation will enable buses to traverse even longer distances completely emission-free. 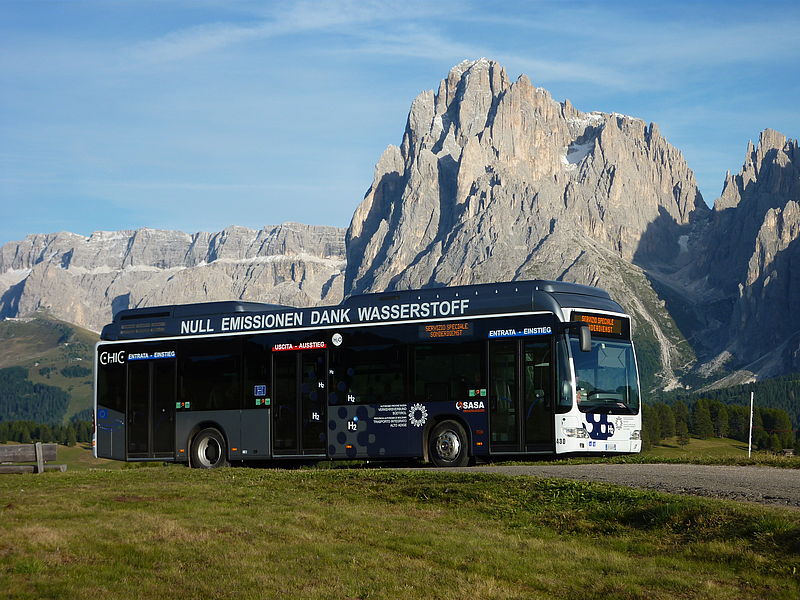 The vehicles will be equipped with 60 kW fuel cell system and Solaris High Power batteries. The battery is filled with energy derived from hydrogen and through the regenerative braking, though it is also possible to recharge it by means of a plug-in socket. 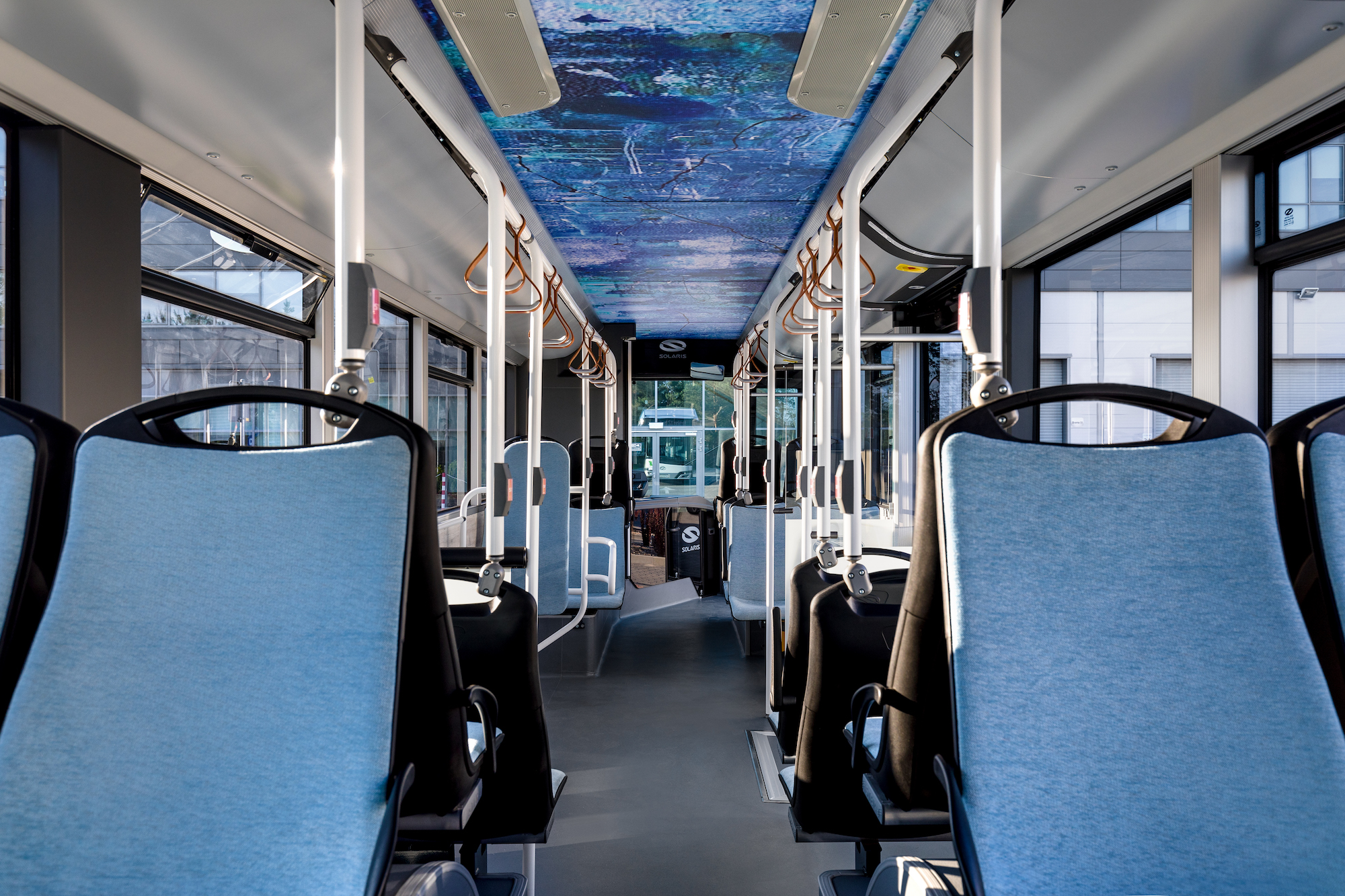 Part of the contract is also a special drivers’ and workshop personnel’s training emphasizing the safety aspects of using and servicing hydrogen vehicles, Solaris points out.

«Bolzano invests strongly in modern and clean public transport. I am very happy that Solaris can be a part of it delivering its newest zero-emission technologies. SASA already has our Urbino electric buses. Now Solaris and Bolzano go hydrogen» says Petros Spinaris, Deputy CEO of Solaris Bus & Coach S.A. 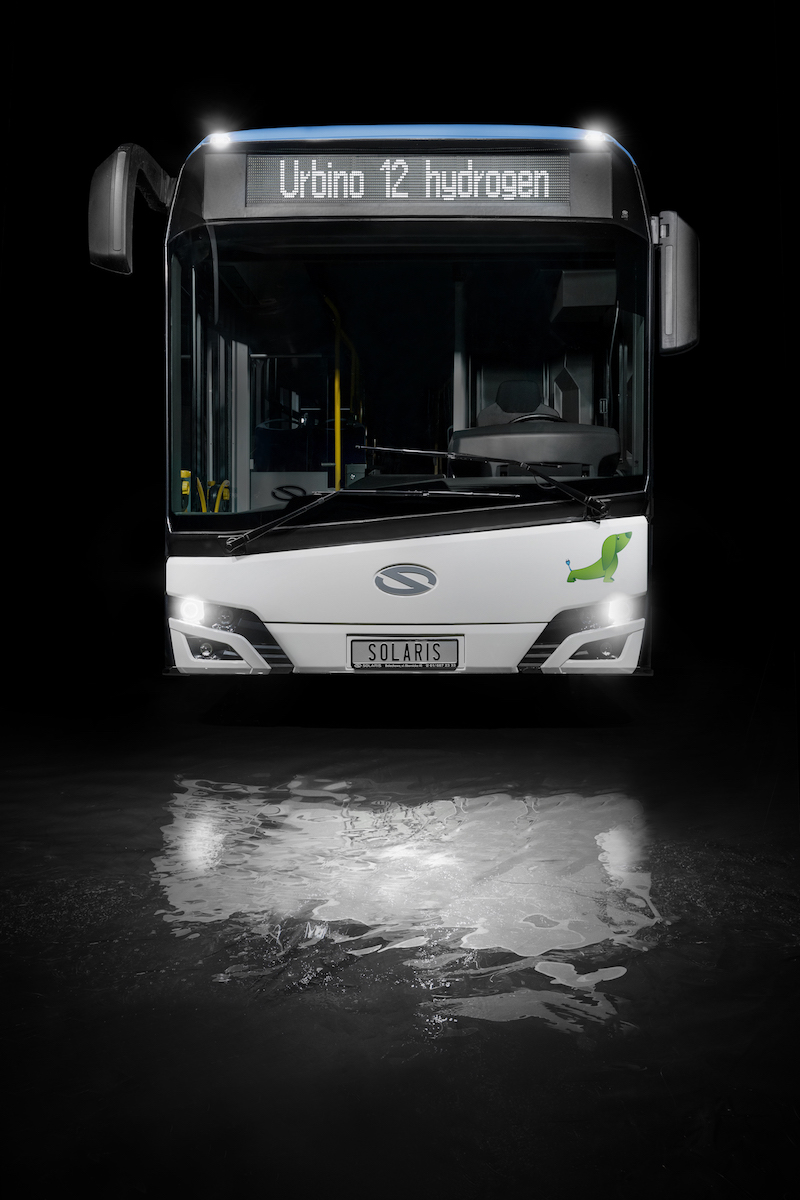 Engineering company Ricardo is partnering with Stagecoach North East, focusing on the repowering of a diesel double decker bus with a hydrogen fuel cell propulsion system. “Ricardo is seeking to offer the hydrogen fuel cell re-powered vehicles at around half the price of a new bus, significant...
Despite its physical absence in Safra’s booth space at the European Mobility Expo in Paris, the novelty brought to EuMo by the French manufacturer carved out an important space in the three-day event dedicated to the transportation and mobility sector. That’s right, because Safra officia...
The French city of Les Sables d’Olonne ordered two Caetano H2.City Gold, the fuel cell bus from CaetanoBus with Toyota technology. The H2.City Gold is a standard low-floor lightweight bus with a 3-door aluminum body. The vehicle is equipped with a Toyota fuel cell with a nominal power of 60 kW, an L...
2021 has been a watershed year for fuel cell buses: with 158 registrations, that market grew of 236% in Europe. Main player in continental Europe, Solaris with 37 registrations of its fuel cell bus, the Urbino 12 hydrogen. In the same year, the company has delivered to customers a whopping...