Solaris Urbino hydrogen on a test in Paris for RATP

For the next few weeks, the Solaris Urbino 12 hydrogen will be tested on the streets of Paris. Tests carried out together with Solaris will allow the RATP Group carrier to test the technology’s capabilities in regular passenger traffic.

In 2019, during the UITP Global Public Transport Summit representatives of Solaris and RATP Group (Régie Autonome des Transports Parisiens) have signed a contract for lease and tests of the Urbino 12 hydrogen. Tests will be carried out over several weeks. RATP will devote most of this time testing the operational capabilities of the vehicle in regular passenger traffic.

Since its première in June last year Solaris has been awarded a 20-units order from the Netherlands. The same model will be delivered also to Cologne and Wuppertal in Germany. But the first order was achieved by SASA Bolzano, in Italy. 57 buses in total have been order to the Polish brand. The first vehicles will make it to Bolzano, Cologne and Wuppertal by the end of this year.

RATP Paris has decided to completely transform its fleet of 4,700 buses to low-emission vehicles by 2025. In that year, according to plans, two thirds of the fleet must be electrically powered, one third biogas powered. 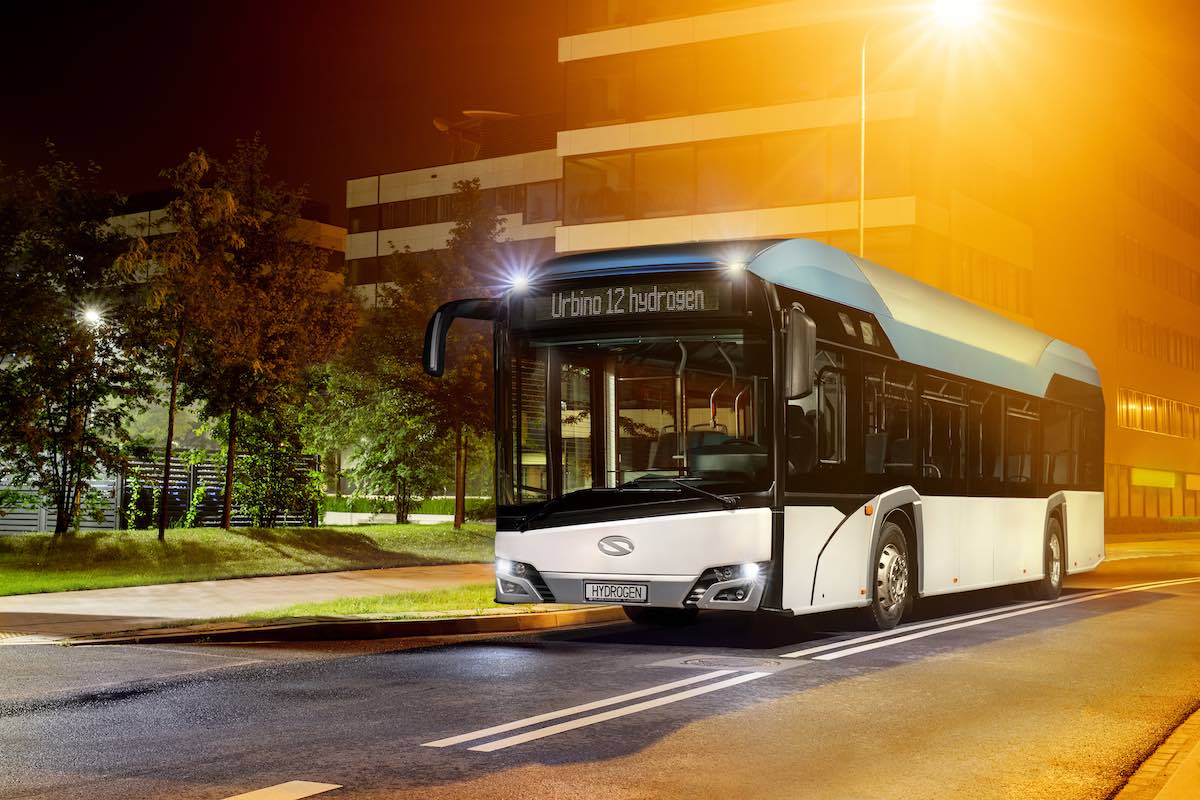 Solaris hydrogen-powered bus tests will be carried out in the south of Paris. The vehicle will be stationed at a depot in the Thiais district, and will be refuelled at the Jouy en Josas station in the south-west suburbs of the capital.

The Urbino 12 hydrogen bus is an extremely technologically advanced vehicle that uses a set of fuel cells with a power of 70 kW to generate energy. The hydrogen supplied to the fuel cells is converted into electricity, which, in turn, is feeding directly the bus driveline which consists of an axle with electric engines. The bus is also fitted with a Solaris High Power battery acting as an additional electric power storage facility. The hydrogen is stored on the roof in five tanks of the latest generation available on the market. The sole products of the chemical reaction occurring in the fuel cell are heat and steam. Vehicle does not generate any noxious substances whatsoever. Thanks to the use of advanced technology, the Urbino 12 hydrogen buses are able to match the vehicles with conventional drives in their range. 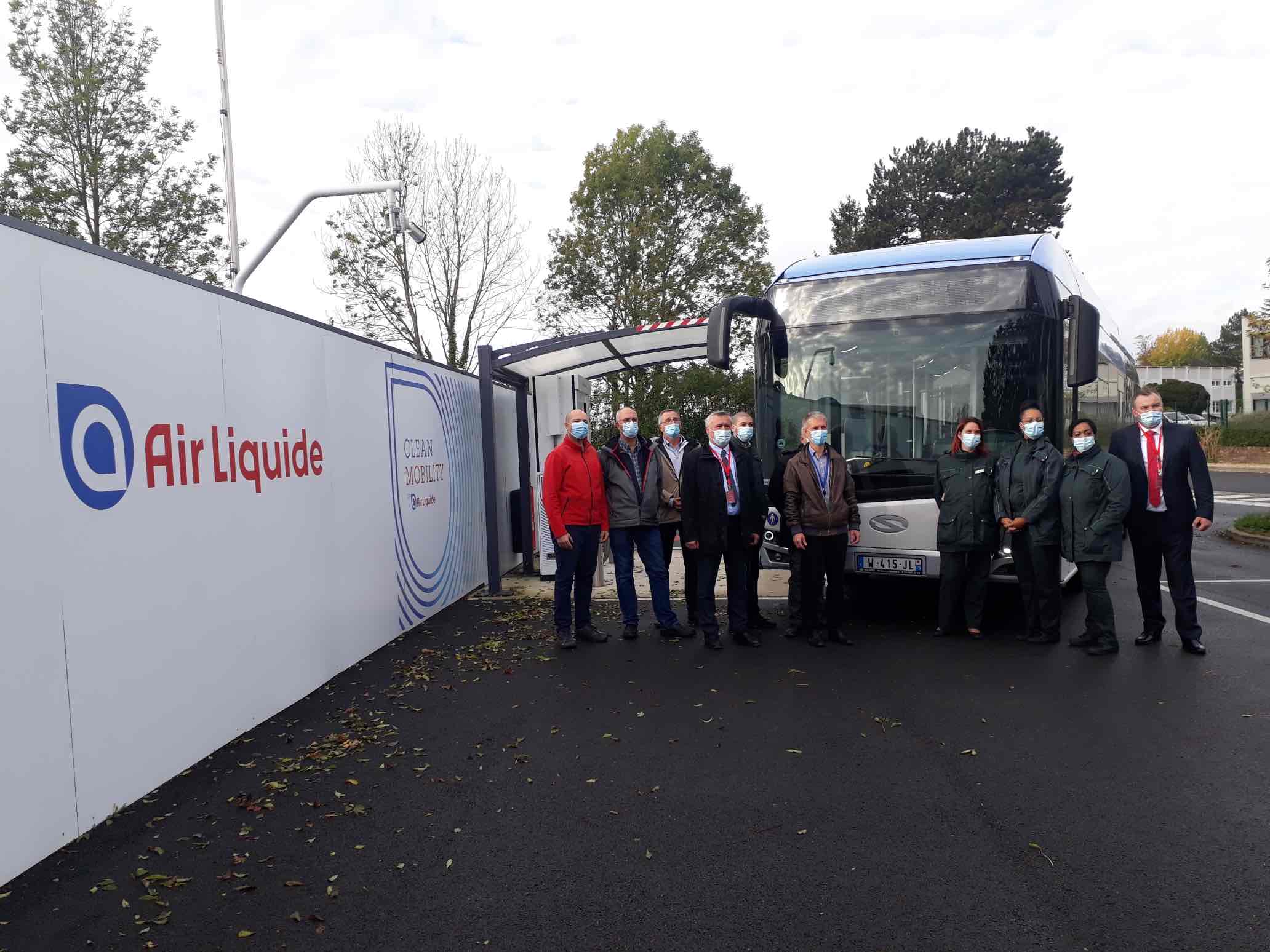 “RATP group, committed to the development of smart and sustainable cities, is proud to collaborate with Solaris to test its Urbino 12 hydrogen bus. Hydrogen is indeed a major issue for the years to come. Taking up this challenge and testing new energies, the Group continues to be at the forefront of the energy transition”, said Marie-Claude Dupuis, RATP Group Deputy General Manager in charge of strategy, innovation and development.

“RATP Group is one of the most modern carriers in Europe, whose ambitious plans to transform the bus fleet are certainly admirable. Advanced Hydrogen technology may become one of the solutions leading to public transport which is friendly to the environment and the inhabitants of contemporary cities”, stated Petros Spinaris, Board Member of Solaris Bus & Coach sp. z o.o. responsible for Sales, Marketing and Customer Service. 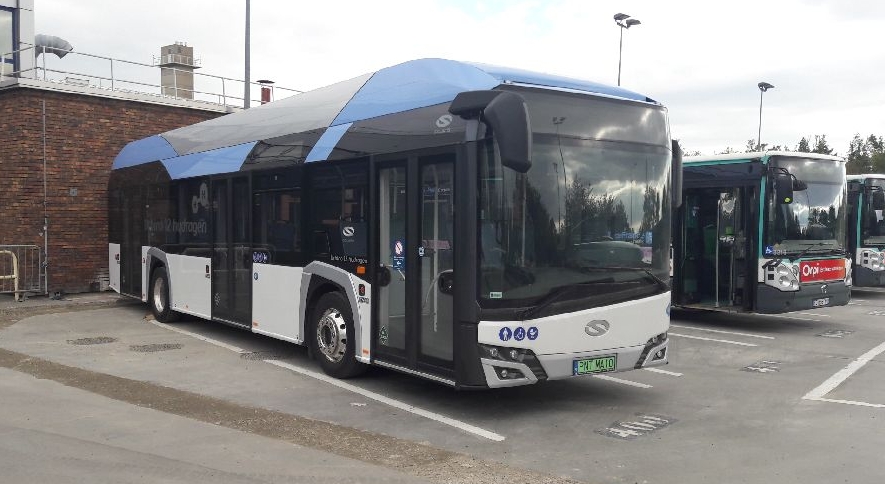