Irish National Transport Authority issued a tender for up to 600 double decker hybrid buses. The whole batch of vehicles will be awarded to a single manufacturer, according to NTA plans. The purchase is part of the BusConnects programme. The vehicles must be able to run in zero emission mode, so that mild hybrids are excluded from the tender. 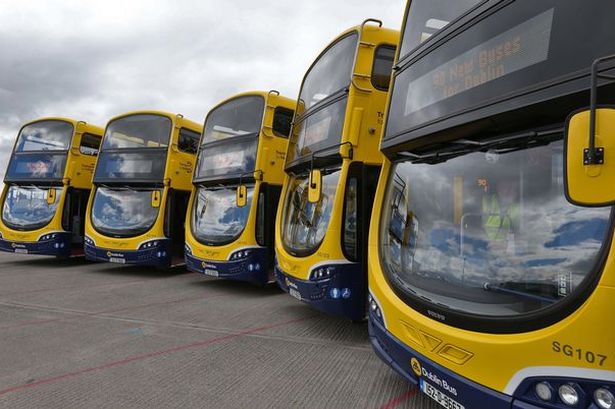 Hybrid buses in Ireland. The first deliveries by the end of 2020

As usual in this kind of procurement, the number of 600 vehicles is the potential maximum number under the framework agreement. The effective number of vehicles bought and put on the roads could result to be significantly lower.

NTA stated in a press release that this process is part of the transition to low emission buses, including electric buses, for the urban public bus fleet, as provided for in Project Ireland 2040 and the Climate Action Plan. The framework agreement will have a lifespan of about five years. The first delivery could take place before the end of 2020, says NTA.

The NTA’s aim is to ensure compliance with the ‘Clean vehicles directive‘ that will enter into force in the next two years. As such, any bus proposed by a manufacturer for inclusion in this tender will be expected to meet the definition of a ‘clean vehicle’ provided for in the revised Directive. The hybrid buses for Ireland will be equipped with a minimum of 40 seats on the upper deck, a minimum of 17 seats (not including longitudinal tip-up seats) on the lower deck and an overall capacity (including standees) of 70 passengers or greater. Length should not exceed 11.50 metres;

An NTA spokesperson said: “The new hybrid buses are expected to be at least 30% more energy efficient than current diesel-only buses, and as a result will reduce harmful greenhouse gas emissions. The NTA also intend that the new buses will be capable of zero-tailpipe-emissions operation. This capability, combined with the overall reduction in energy consumption, will contribute to an improvement in air quality in the Irish cities that will be served by these buses.”

The statement about zero emission operations is crucial and is meant to esclude any mild hybrid bus, being these vehicles with a small ‘electric machine’ that doesn’t allow any full electric operation, even at low speed (actually, we could call them Euro VI diesel with a major efficiency).

CDC Victoria’s locally built Volvo hybrid buses will be fitted with technology innovation to achieve the goal of zero emissions in designated zones of Melbourne (Australia).  The aim is to make Victoria’s public transport network greener and more sustainable, following the launch of Volvo’s Zone Man...
Ireland’s National Transport Authority (NTA) has unveiled the first of an initial batch of 100 Alexander Dennis Enviro400ER plug-in hybrid buses, and has ordered a further 180 of these zero-emission capable buses for delivery in 2021. The orders form part of a five-year framework agreement for a tot...
Solaris announces it is one of the two candidate manufacturers in the tender for up to 430 hybrid buses issued by Opérateur de Transport de Wallonie. The carrier, from the French-speaking part of Belgium, may exercise the option to order buses over the next four years. The Solaris Urbino 12 hybrid b...
It’s mild hybrid time for Solaris, also. After Mercedes and MAN, the Polish producer has prepared an addition to the product portfolio, thus enriching the existing offer of low-emission vehicles with the Solaris Urbino mild hybrid. It is worth mentioning that Solaris had presented, in late 201...